We knew the Russians were making out like bandits with chintzy Auburn merchandise designed with poor attention to detail, but apparently they’re not the only ones.

Here’s a photo of an Auburn shirt spotted recently in Thailand that could totally be a “What’s Wrong?” feature on the back of a Highlights Magazine (how many errors can you spot?). 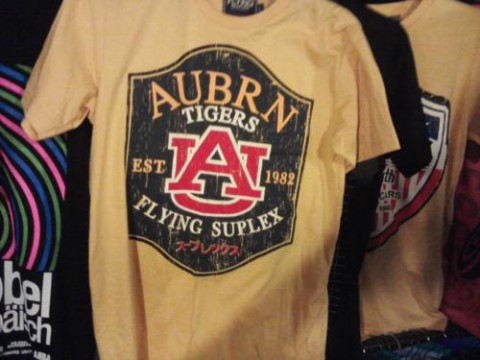 We have to admit, though: The Auburn Flying Suplex would be the most killer singular nickname for a football team ever. (Can anyone translate the stuff at the bottom?)

Related: Another Auburn shirt with an identity crisis. (And obviously made in Thailand.)