Maybe it was the altitude, or the free Delta liquor, or maybe he really was enrolled in Auburn in the late 70s.

Whatever the reason, on May 4, 1977, on a flight from New York City to Birmingham, Bear Bryant wrote a nice, personal note to a 10-year-old named David Bivin—you know, one Auburn fan to another: 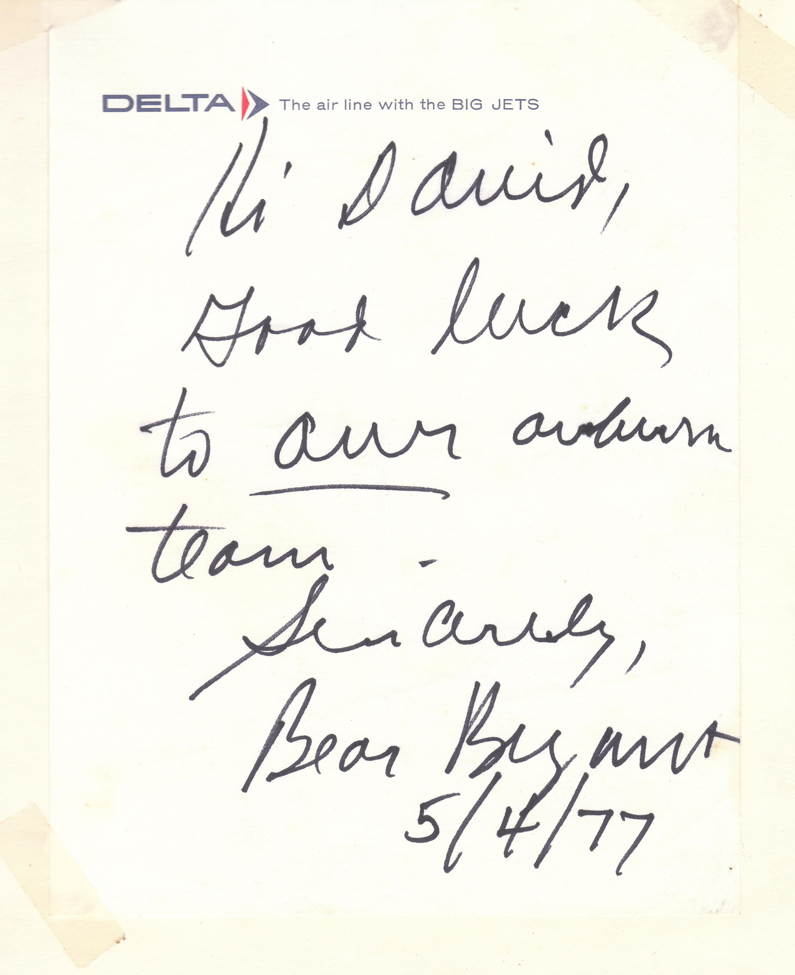 David wasn’t on the flight—his dad Tom, a 1960 graduate of Auburn, was.

“Dad traveled a lot and would often run across ‘celebrities’,” Bivin says.

This particular celebrity encounter was mostly forgotten until Bivin came across the note this past weekend. He asked his dad about it. Here’s how Tom remembered the exchange in an email:

I was on an airplane with Bear Bryant..coming back to B’ham from NYC I think. I sat with him for a while and told him you were a big Auburn fan but you would love to have his autograph. He wrote this note for you (I thought on a napkin but obviously Delta paper). After he wrote it, I asked would he just put “17-16” after his name…”Hell No” was his response (with a smile). This was the same trip that I noticed he had gem clips to hold up the cuffs of his new suit. Said he didn’t have time to get them hemmed.

“How many Bear Bryant notes say ‘Good luck to OUR Auburn team’?”

Related: Party For the Retirement of Bear Bryant.