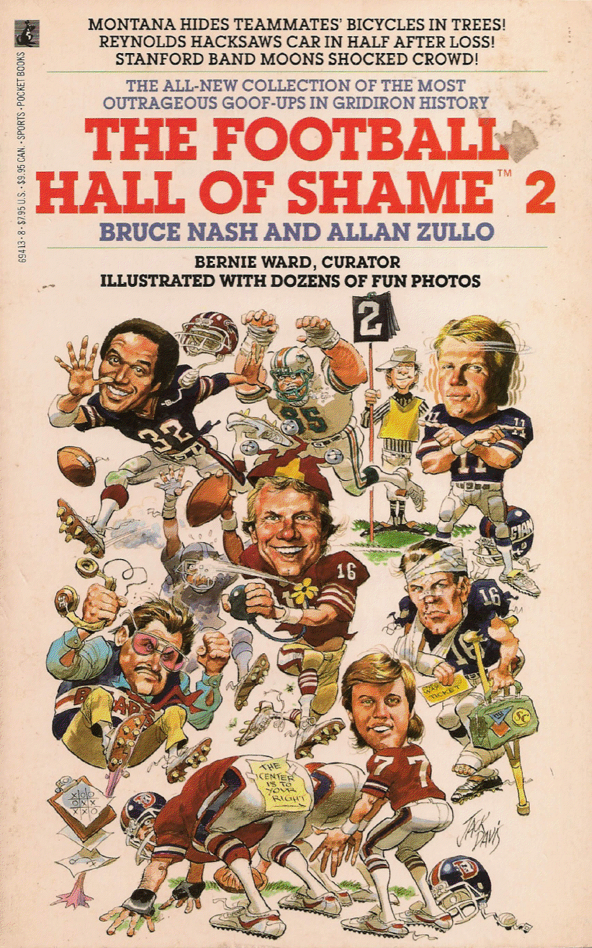 As it was Doug Barfield’s first year as Auburn’s head coach (4-7), this bit of trivia from the 1976 season’s trip to Gainesville could, in retrospect, seem like a high point. In fact, what happened between Florida’s Wes Chandler and War Eagle IV earned our beloved bird the lead off induction into 1990’s The Football Hall of Shame 2 in the “Silliest Performances by Mascots” category. (Got Shame?)

Wes Chandler scored the winning touchdown and got the bird from Auburn—literally!

Seconds after Chandler dashed across the goal line to give the University of Florida a dramatic come-from-behind victory, Auburn’s mascot, the War Eagle, swooped from its perch and attacked the standout wide receiver.

“Nobody from Auburn could stop Chandler,” commented Florida’s sports information director John Humenik. “Even the bird tried and failed.”

Normally, the War Eagle remained placidly on its perch during Auburn games, acting more like a turkey on a Valium diet than a daring bird of prey. But against Florida in Gainesville, the eagle grew increasingly agitated as Chandler tore through the Auburn secondary.

In the second quarter, Chandler teamed up with quarterback Jimmy Fisher on a 44-yard touchdown pass that kept alive the Gator’s hopes of winning their sixth straight of the year.

But with time running out in the fourth quarter, Florida still trailed the Tigers 19-17 when Chandler took an Auburn punt and ran it back for what appeared to be the go-ahead score. But a clip brought the ball back and the Gators started again from their own 20-yard line.

Recalled Chandler, “On the very next play, I caught a slant-in pass over the middle, reversed my field three or four times, and went 80 yards through the entire Auburn secondary for a touchdown. This one counted and we went ahead.”

“The last Auburn defender who had a shot at me dove and missed. When I looked back, he was face down on the ground, pounding his fists on the turf in frustration. Just about that time, I heard a loud squawk and the bird bit me. Scared the hell out of me, because I didn’t know what it was. It started going peck-peck-peck all over me. It probably would have hurt if I didn’t have the pads on. Here were all those Auburn defenders who never touched me and the mascot was their last chance. It was like it was saying, ‘OK. If you guys can’t get him, then I will!’” Chandler said.

The ref threw a flag.  We were assessed a 15-yard penalty for “illegal participation by the mascot” on the ensuing kickoff. And sure, we lost the game 24-19. But, frankly, since the first two YouTube search results for “Auburn player” are videos titled “Police Dog bites Auburn player” and “UGA bites at Auburn player,” it’s nice to know that we were at least once on the giving end of a gridiron animal attack.

Our thanks to Lonnie P. Money for the history lesson.