When given an opportunity last Friday to exercise their First Amendment rights with contributions to a Free Speech Board set up on the Haley Center concourse, Auburn students advocated for marijuana legalization (at least for Jesus), commented on Greek culture, continued a Harry Potter meme (spoiler alert), and tagged their gang affiliations (Crips).

But nothing seems to stirs the Constitutional spunk of Auburn students more than the current campus parking situation, which is apparently more loathsome that Harvey Updyke. 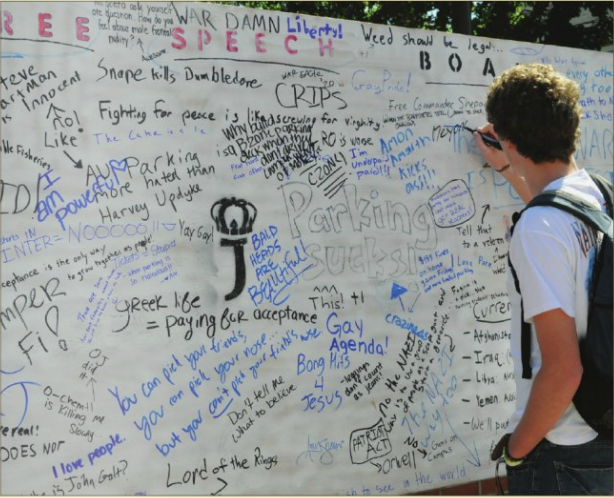 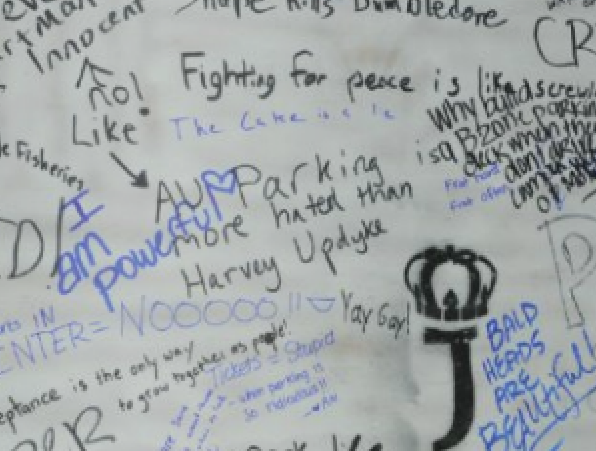 Photo by Christen Harned, via The Plainsman. Check out the latest issue here.