A year has passed since our unnamed and orphaned tiger was introduced to you, our much-beloved Readers.

And he’s still as confused by the decision rendered by Ole Miss’ mascot re-selection committee as he was last year… and still as fun to look at (so those who remember him will surely forgive this redundancy). 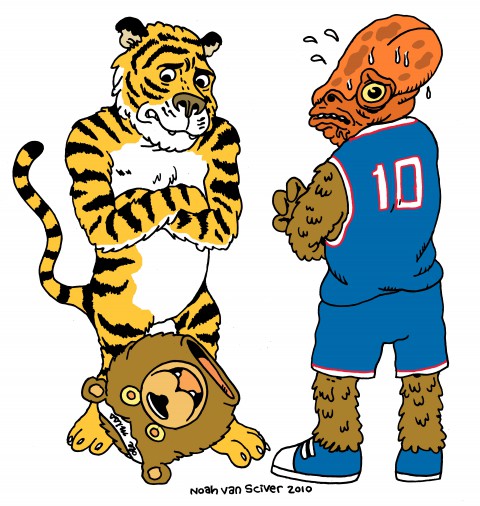 Much has happened for Auburn since last year’s Ole Miss contest … a national title for one thing and a Heisman for the Blessed Individual.

The commissioned artist, Noah Van Sciver, has also taken the world by storm this past year, well, the comic book/graphic novel/funny pages world.

So, it was nice that The War Eagle Reader got to him first.

Got a book, “The Death Of Elijah Lovejoy,” published …

A strip in the Fantagraphics Books anthology “Mome: Vol 22″ (with his own book “The Hypo” also soon to be published by Fantagraphics) …

We’re sure it was all due to his brief brush with Auburn’s greatness and not his dogged, unrelenting production of drawings and letters.