Calling reaction to the latest phase of Jordan-Hare’s “updated graphics package” negative is an understatement (we heard legitimate debates on whether to scale the walls and burn them down, etc.). And once again, the university may be listening.

Because according to Auburn Board of Trustees Nominee Everett Duke, the tiger-striped “shower curtains,” as they have come to be called, were in the process of being rolled up and, presumably, removed early this afternoon—or at least the one on the right. 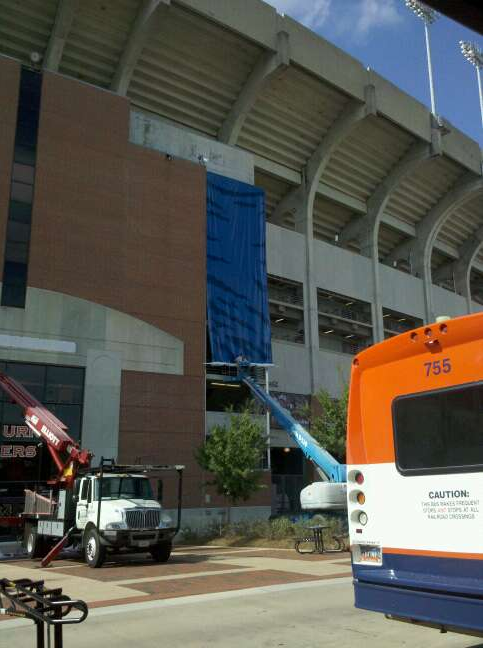 We drove by and checked—indeed, it’s gone.

Temporarily? Permanently? None of the above? Who can tweet…