Crystal Whitaker always had to get the kids there early because seeing the eagle fly is their favorite part of the game. Now she’s not sure if she’ll be able to get them there at all, or at least one of them.

Because, you know, he’s afraid of being attacked by an eagle.

Whitaker, 32, and her three children were sitting on the front row of the luxury box Spirit crashed into during Jordan-Hare’s traditional pre-game eagle flight. She still can’t believe what she saw.

“Words can’t describe it—we were almost shocked when it hit the window, we didn’t say anything,” Whitaker said. “Everyone was like ‘why didn’t you yell,’ and it was because I just kept expecting him to turn. We have 17 tickets in there, but the only ones that saw it were the kids and me. Everyone else was up there with beverages, and when it happened everyone thought that one of the kids had fallen into the glass and gotten hurt. It sounded like a truck hitting the wall. It was very, very loud. I mean, it hit hard.”

Hard enough to leave marks on the glass, a sort of E Pluribus Grease Spot.

“Those windows are so clean you can see straight through them, so we never let the kids touch them because anything leaves a mark,” Whitaker said. “Well it [the eagle] left a big grease mark right mark right in the middle (of the window).”

Whitaker took photos of the marks angled up from the ground “so I could get a dark background since the sun was so bright and you couldn’t tell anything in a picture shot straight on.” 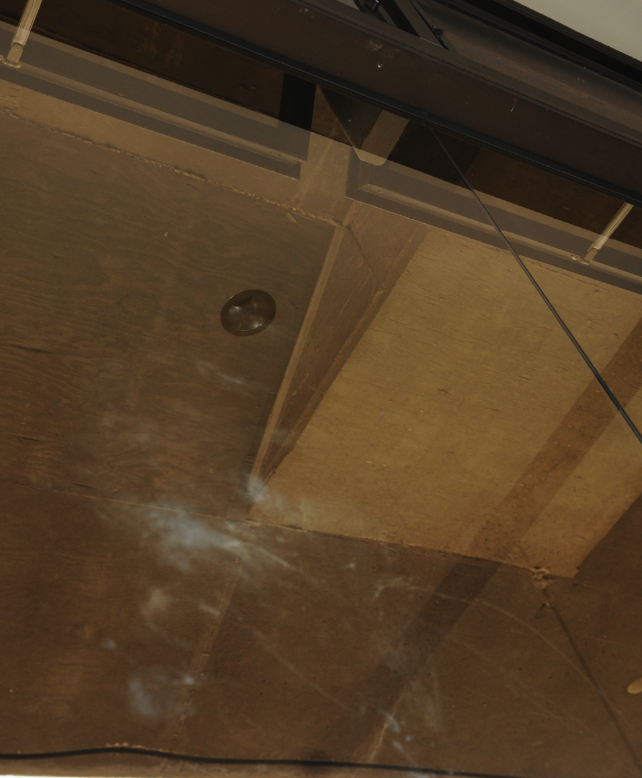 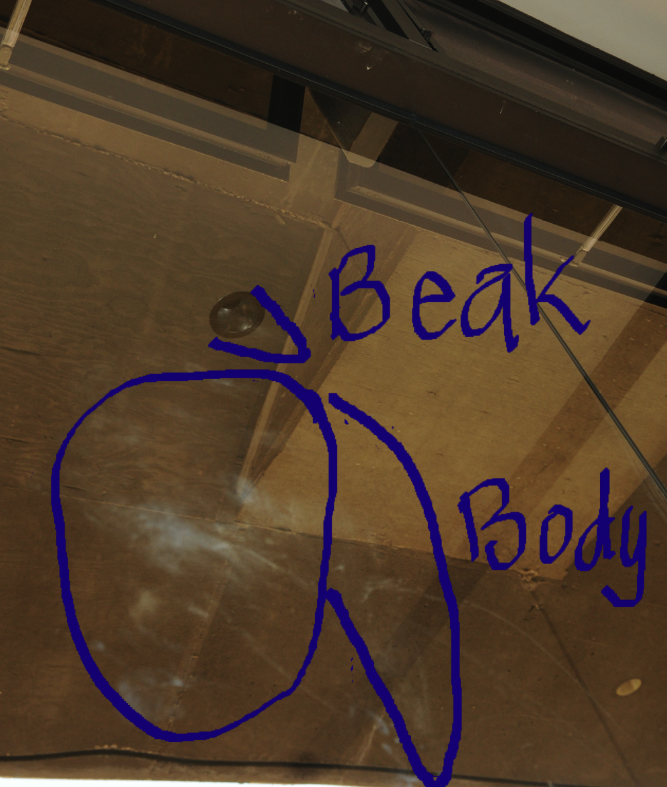 “When he hit, he fell down to the concrete overhang. We really, honestly thought he was dead.”

Her four-year-old son Grady thought he was dead.

“He has not stopped talking about it,” Whitaker laughed. “He honestly thought the eagle was coming to eat his baby brother.”

Whittaker’s six-year-old daughter Rollins was so affected she drew a picture of the incident on the family’s drive home to Guntersville. 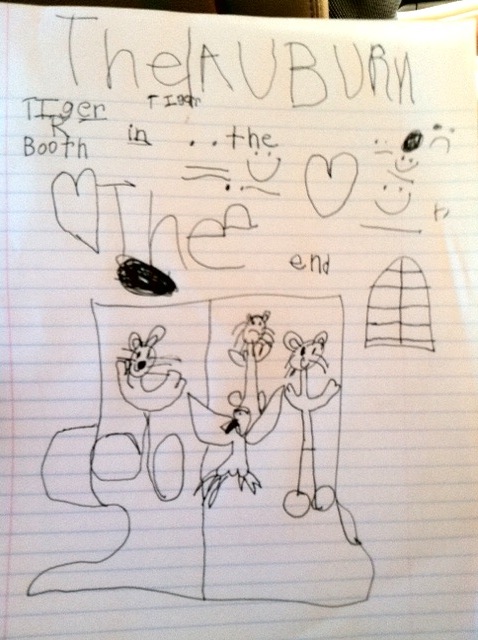 “The three Aubies are her and her two brothers, and then there’s the eagle hitting the glass,” Whittaker said. “Her teacher is a big Auburn fan and she wanted to show it to her, to tell her teacher.”

Saturday’s game was the first the Whitakers have attended this season.

“Everywhere we’ve gone since the game my kids have gone up to complete strangers to tell them about it,” Whitaker said. “My daughter is usually pretty shy, but our preacher at church is a huge Auburn fan as well, and she ran up after church to tell him. It’s exciting for them but my four-year-old is terrified that eagle really have teeth. My husband told him they eat fish.”

The eagle scene in “Alvin and the Chipmunks: The Squeakquel” isn’t really helping much.

Related: Auburn almost had a giant eagle mascot / What’s up with Spirit? One theory suggests ‘another bird.. in rafters’ /  Auburn Eagle statue at Toomer’s Corner de-beaked.