Sure, of course —it was all just Cam Newton. He was just some sort of Megaman Malzahnian Marsupial who carried Darvin and McCalebb and Terrell and Emory and the entire freakin’ team in his ginormous blessed bosom from Arkansas State to Glendale…

You expect that kind of mentality from the Thayers and Thamels and Finebaums. I just didn’t expect it from the Ruskies. 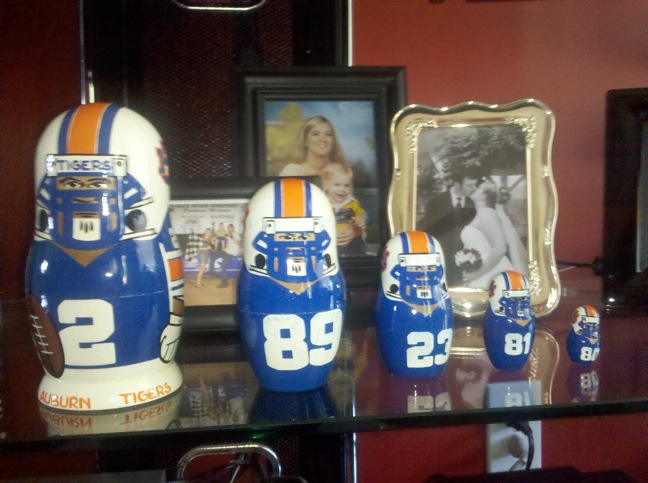 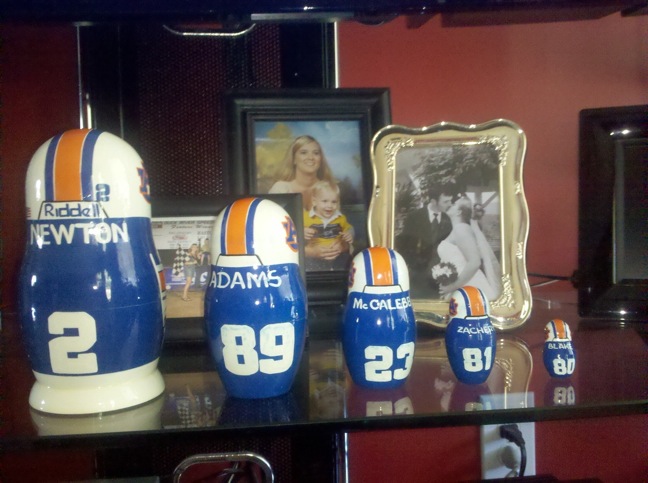 Actually, I didn’t expect any of this… but, yes, after seeing “Jason Campball,” and now The Blessed Matryoshka, it appears those capitalist pigs have created a niche industry by double-tapping the buying bone of the American football fan with standard Soviet souvenir kitsch slapped with their team’s logo. Genius, comrades, genius. I want them.

* R.E.M. in Auburn
* Auburn one of seven schools represented in new TOMS shoes line
* The Secret History of Pat Dye Field
* Erin Andrews at Toomer’s Corner
* In the time of “Got 13″ she was a Tiger
* Was Walt Disney an Auburn fan?
* AU fan possibly contributed to Courtney Love’s teenage delinquency