There is no media bias, Auburn fans. The reason Auburn went down instead of up in the polls last week, the reason we fell out of the Top 25—heck, probably even the reason why [AutoTune engage] “Auburn sucks“—is because we lost a game. We lost to Utah State. That’s it. That’s the reason. Put your conspiracy theories away (this is why everyone hates you). Two major sports media outlets can’t be wrong. 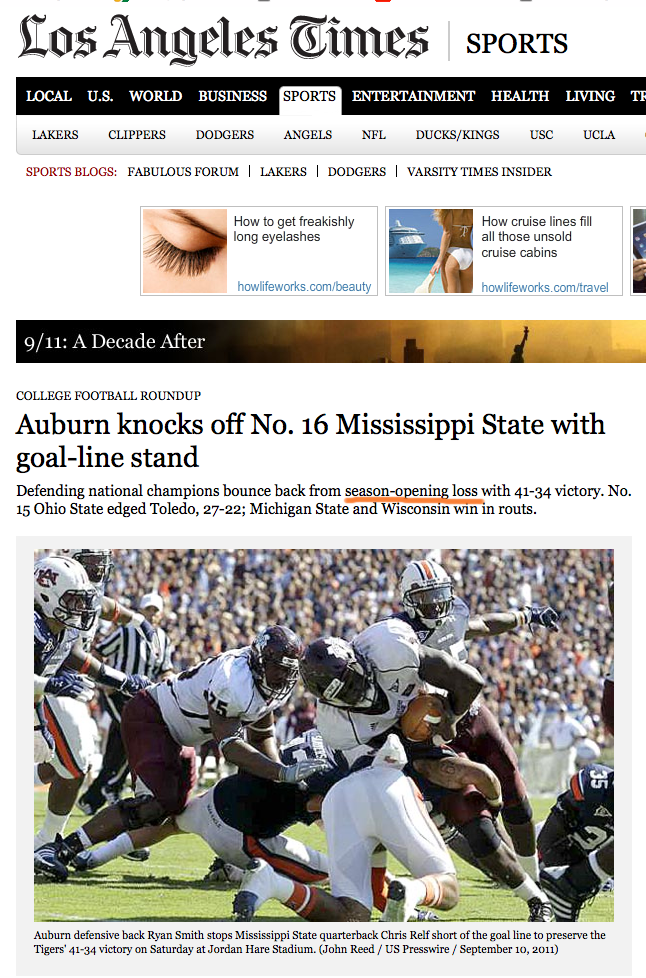 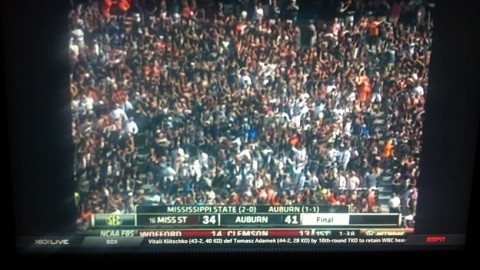 Now, we could read these things closely and adopt a siege mentality. We could read these things and realize that college football is too important to be left to the professionals, as Orson says. We could grow indignant, fire off a letter to the editor or— when desperate — a phone call to the local pandering “sportstainment show.” But we’ll leave all that to someone else.

Look at these images, realize just how wrong prognosticators have been about our team, and go about your happy, 2 and 0, 17 in a row way.