Harvey Updyke has a Twitter account. He’s had one for a few months. If you’re one of the 746 people currently following him, you know that he hates his HP computer, just saw Rise Of The Planet of The Apes (and told a kid who was texting in the theater to be quiet—the kid liked his Bama hat), and recently found and took in a baby squirrel (presumably for companionship) and for some reason named him Spike (“…my Lab Bama tries to get him, that’s not going to happen”).

You also know that he recently changed his profile photo.

We know what the alleged / confessed Toomer’s oaks poisoner looked like in high school. Now we know what he looked like during his time as a Texas State Trooper. 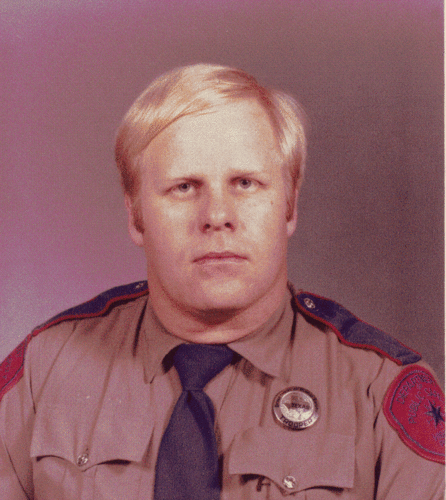 It’s a handsome photo, suitable for printing and perfect for dartboards, pity, and prison cell decor. (From what we understand, inmates adore proud, former police officers.)