Two years ago, it was the Auburn Nephilim being unfurled from atop Jordan-Hare Stadium (Bo Knows Homage). Now the coaches whose names are attached to the place are getting the larger-than-life treatment—Shug Jordan, Cliff Hare (we count Hare—as a life coach), and—don’t forget the field—Pat Dye. 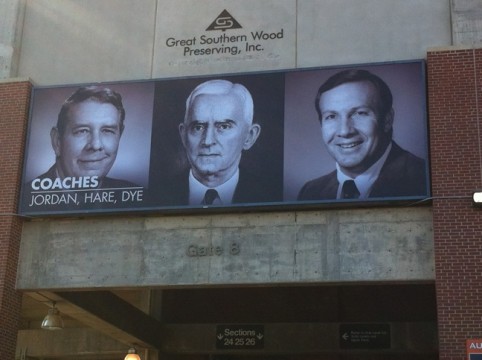 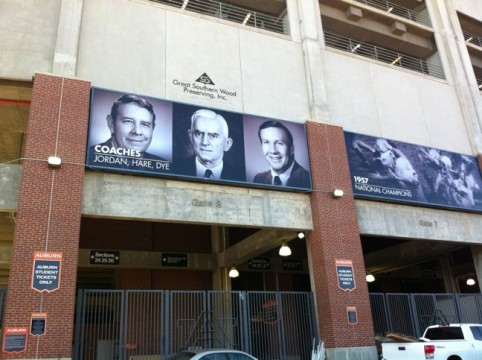 From what we can tell so far, artistic tribute is also being paid Auburn’s undefeated seasons (at least the ones everyone know about)—the 1957 national champions get the shot of the helmets-off jubilation in the season-opening winner over Tennessee in the Knoxville mud, “1993” gets a shot of James Bostic’s fourth quarter touchdown dash that sealed the glorious deal on that year’s Iron Bowl. 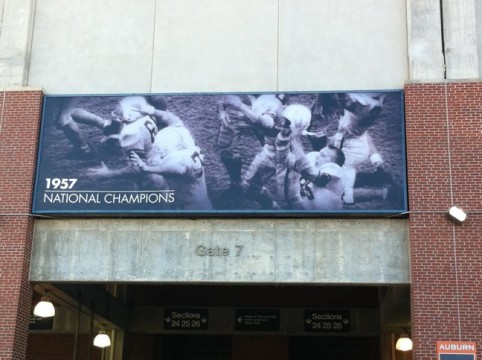 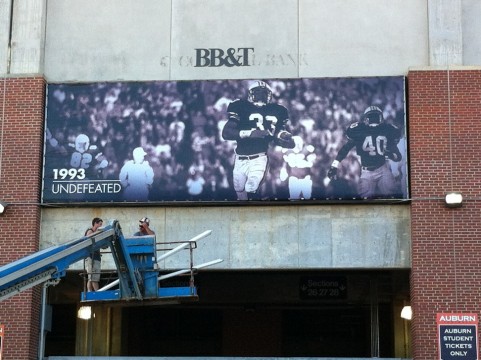 We’re assuming Courtney Taylor’s touch’n’kneeldown gets the nod for “2004,” but can’t imagine who might have landed “2010”—our intrepid photographer, Brian Brown, didn’t see them.

But he did manage to spot—still on the ground, a half-unpacked, underneath a “better not” crane—a “Cam Newton”… 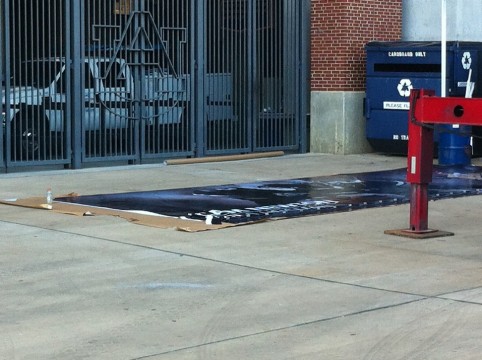 … because, by God, a statue is simply not enough.

UPDATE: We have Cam… 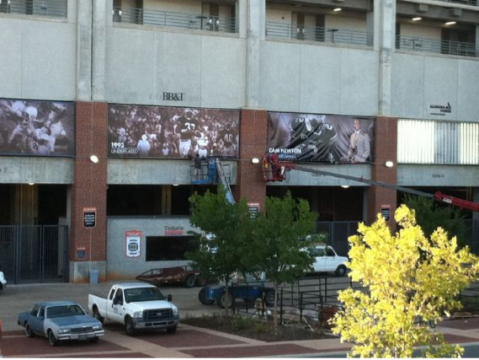 UPDATE THE SECOND: A better shot (again by Mr. Brown) of the Blessed Individual… and you know him, you love him… Bo Jackson: 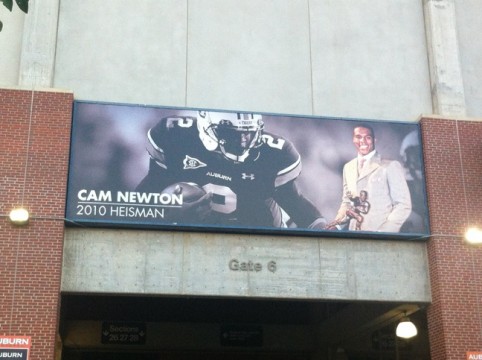 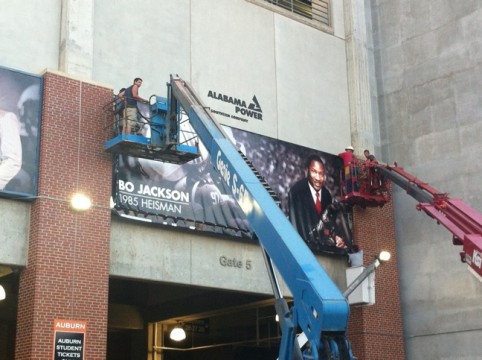 UPDATE FOREVER: We now have video. Because we know you really wanted—nay, needed—video. But it does provide for a little context, and certainly some almost-gameday collegiate atmosphere. Yes, the lilting lullaby you hear in the background is coming from the AUMB flautists, who were last night on the student center greenspace priming their piccolos with the theme from Rocky for the national championship celebrating medley we told you about yesterday.

Oh, and the cinder block pit is the last of the Heisman statue pedestals. 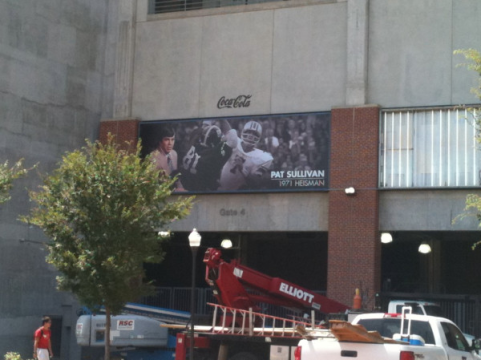 Also told that artwork on either side of the Jumbotron is possibly in the process of being replaced. 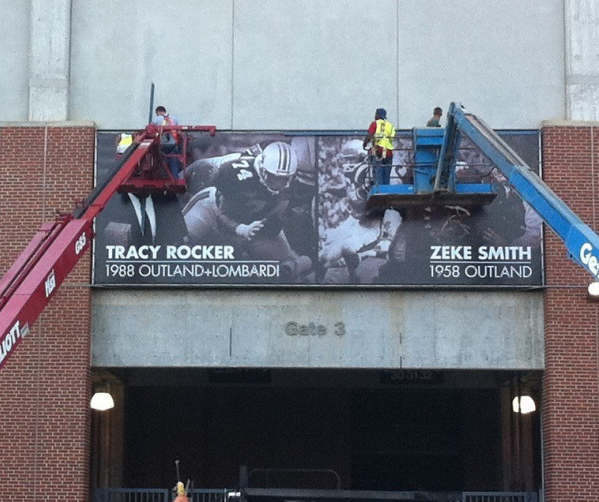 NO MORE UPDATES… JUST GO HERE FOR AN ENTIRELY NEW POST WITH ALL THE REST. GOODNIGHT, SWEET POST.