There were two Auburn annuals in 1901, the traditional Glomerata, which was then all of five years old, and this one, The Chrysalis: 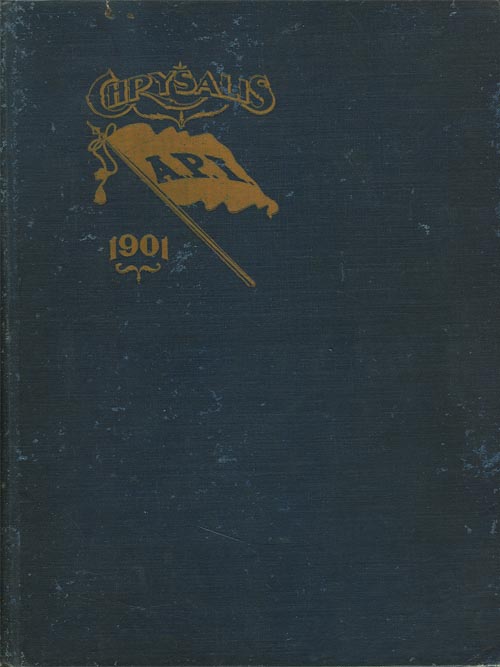 No one in this book would recognize Auburn today. From their point of view, only Samford Hall, Langdon Hall, the University Chapel and Hargis Hall remain. Nowhere inside is there a reference to Tigers or War Eagle. Auburn, A.P.I. and the Orange and Blue are used interchangeably as the names of the place and collective people.

But why were there two yearbooks?

The editors of The Chrysalis felt that the independent students were being shut out by the Greeks. Auburn’s seven fraternities comprised only about a third of the student body, but apparently decided in 1900—the first year the annual was introduced not as a product of “the senior class” but of “the Greek letter fraternities”—that because they were organized they could dictate terms.

The Chrysalis complains that each fraternity got a member on the Glomerata’s editorial board, and the non-fraternity students were represented by only one person. This led to the best sentence, and the worst rationale ever, to explain the purpose of something like a yearbook.

“The non-fraternity men demanded equal representation on the Advisory Board, which they should have had, for eight of the eleven players on the Varsity Foot-ball Team belonged to their number …” 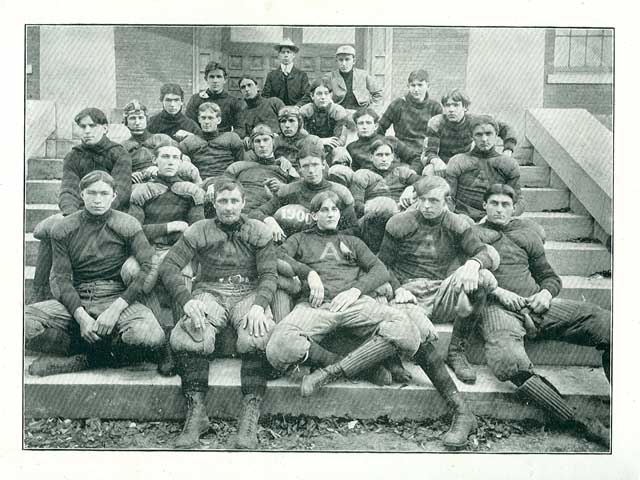 (The football team, by the way, went undefeated that year. Auburn hosted “the Nashville boys” and defeated them in a cold rain, 28-0. They traveled next to Birmingham to face a Knoxville team that was “the strongest team we played.” After the game people that stayed in Auburn received a telegram “We have met the enemy and they are ours.” Auburn won 23-0. Up next were “the Tuscaloosa boys,” as Auburn and Alabama (the yearbook didn’t use their name) met in Montgomery. Auburn thrashed ‘Bama, 53-5. But that game wasn’t the finale as it is today. Back then Georgia was still the biggest game of the year. In this, just the seventh meeting of the Deep South’s Oldest Rivalry, Auburn whipped Georgia 44-0. A capacity crowd of 3,500, watched the game, according to the yearbook.)

The dispute between the fraternities and independents raged. A panel of professors stepped in to arbitrate. Those three professors decided the Glomerata’s editorial board should be more evenly divided. But that didn’t happen.

“(T)his time, as usual, they were offered ONE and told that they did not deserve more – this was not accepted, and it was decided to publish a non-fraternity annual.”

And so there they are, the editors of the non-fraternity book: 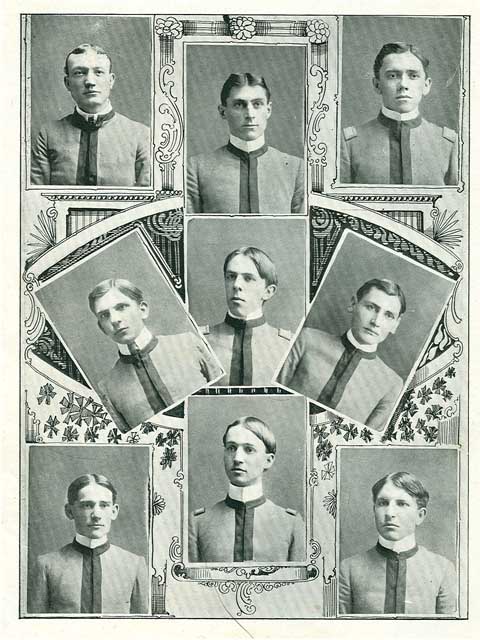 The Chrysalis was published for only the one year. How the dispute was resolved in 1902 remains somewhat of a mystery… but the apparent / ominous absence of any yearbook that year likely provides a good clue, as does the title page to the 1903 Glomerata, a return to form: “Published by the Senior Class of the Alabama Polytechnic Institute.”

You can read the complete argument and rationale for the Chrysalis here and Professor Smith’s full historical account here. That one is lengthy, and probably only of interest to serious Auburn enthusiasts.

And now, the last of the pictures that I scanned from the book. Just because. 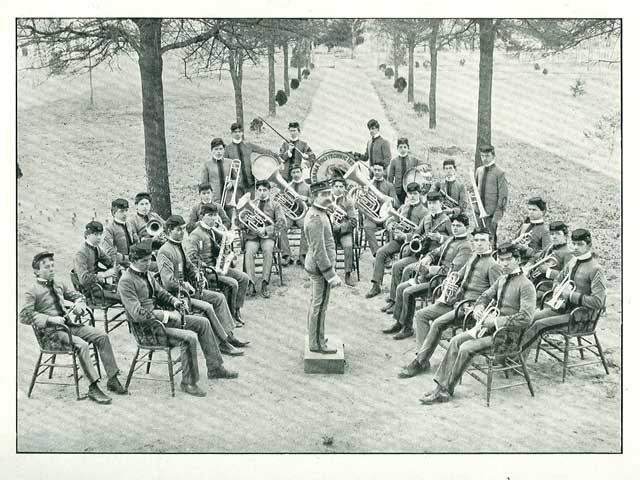 “Co-education cautiously attempted by the college has proved a success. The young women have demonstrated an ample ability to master the most difficult subjects of the curriculum and easily take rank among the first in their classes. There has been entire harmony in the relation of the two sexes …” 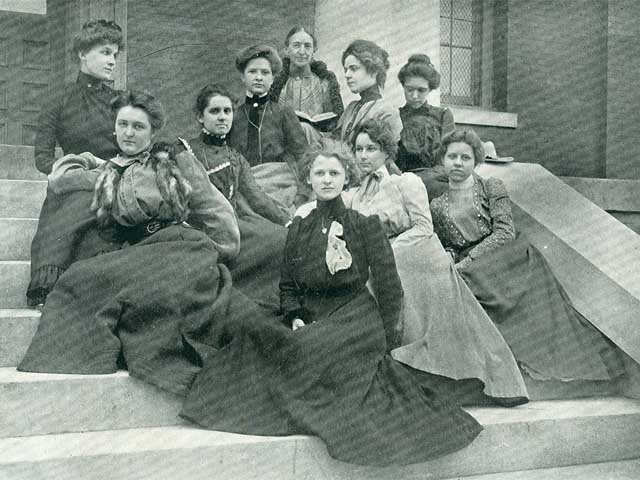 Here’s the pastoral turn of the 20th century setting of Auburn, Ala. I think this is from perhaps the belfry of Samford Hall, looking into town. 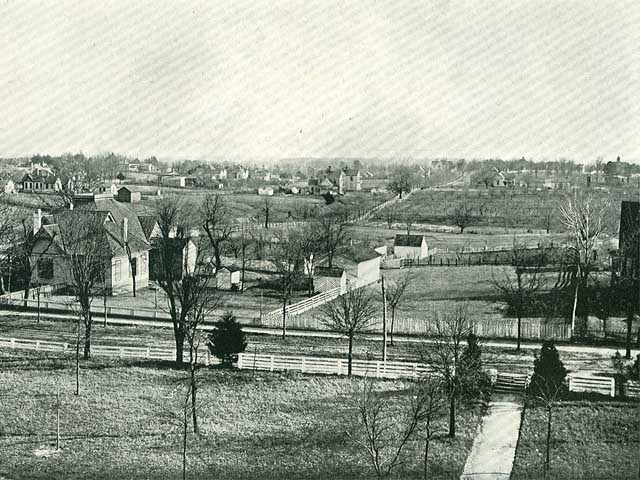 Here’s a street view. The book does not say which street. Maybe it wasn’t even named yet. I’m guessing it is the modern College Street. 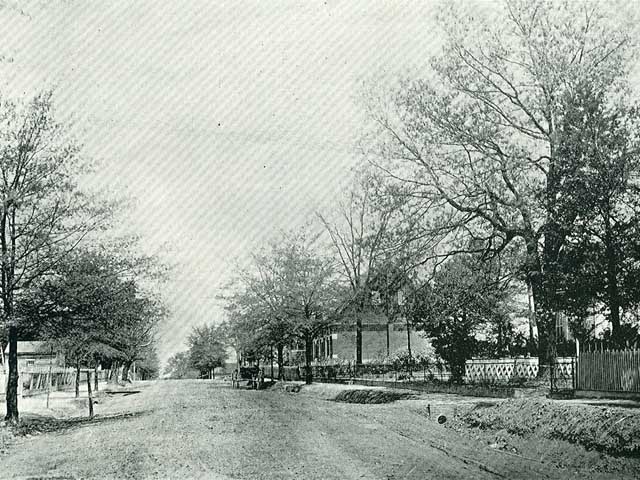 And, finally, a page of ads from the back of the book. This page features the only business name recognizable to contemporary students: 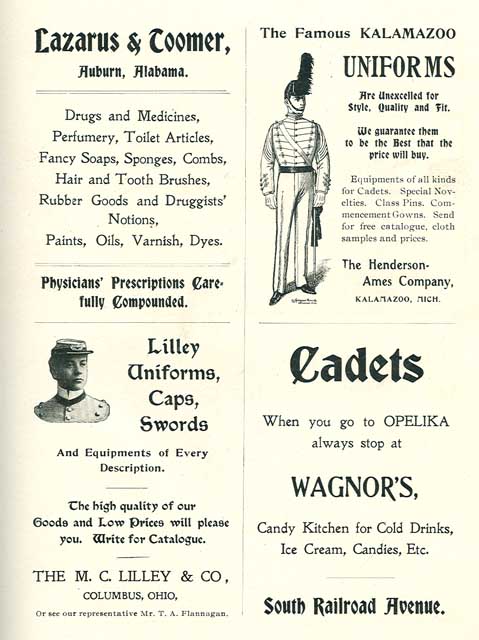