The attendance at Auburn soccer games may be about to double as the team has apparently added a ringer—junior midfielder Ana Cate’s rear end, which is apparently so spectacular senior forward Lydia Townsend devoted her first (and perhaps only?) AU Soccer promotional webisode to its size, shape, and country of origin (spoiler: Nicaragua).

Sadly we’re left only to imagine what this caliente caboose actually looks like. So, uh, see you at the Auburn Soccer Complex Friday night Tiger fans!

… and yeah, if the first episode of Lounging With Lydia is any indication, then stay the hell tuned.

UPDATE: The video, tragically, has already been taken down. But this screen cap—Ana, left, Lydia, right— captures the pure joy of that wonderful minute in time: 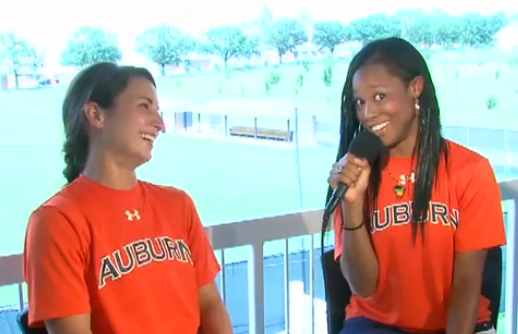