“Leaving New Orleans also frightened me considerably. Outside of the city limits the heart of darkness, the true wasteland begins.”
— Ignatius J. Reilly

I’m moving to New Orleans soon. As of now, it’s not for long. But who knows. New Orleans seems to get a grip on people, like the lapel grasp of a desperate mother seeking lost children. What follows could be called research. It’s not thorough research, and it’s not complete. I missed a lot: all of Tennessee Williams, jazz, antebellum movies, numerous historical accounts, vampires. My reading, watching, and listening was haphazard and loose and scattered, but here it is, in part.

She could only realize that she herself — her present self — was in some way different from the other self. That she was seeing with different eyes and making the acquaintance of new conditions in herself that colored and changed her environment, she did not yet suspect.

The Awakening concerns the psychological awakening of Edna Pontellier. It can no doubt be read as a “landmark work of early feminism.” And, sure, it is, and that’s important, especially considering the time and place of the writing, especially considering women couldn’t even vote at that point. But strip away the hyper-focused reading of academia (thesis fodder and the like, all of that which no one reads by choice) and it’s a story of a woman in the late 1800s living in New Orleans who becomes a real, fully conscious human being.

A dream and a fire which I cannot control, driving me without those comfortable smooth paths of solidity and sleep which nature has decreed for man. A fire which I inherited willy-nilly, and which I must needs feed with talk and youth and the very vessel which bears the fire: the serpent which consumes its own kind, knowing that I can never give to the world that which is crying in me to be freed.

Faulkner moved to New Orleans in 1925 at the age of 27 determined to write fiction. Up to then he fancied himself a poet. During his six month stay in New Orleans he published a group of “sketches” with the main New Orleans literary magazine, The Double Dealer. He also sold sixteen signed stories and sketches to The Times-Picayune.

Faulkner spent a portion of his time in New Orleans “sauntering in the Quarter and along the Mississippi River docks, and sitting at cafes and in Jackson Square” with the writer Sherwood Anderson. (The quoted section taken from the excellent introduction by Faulkner scholar Carvel Collins.) While in New Orleans Faulkner also began writing his first novel, Soldier’s Pay.

Take heart, aspiring writers and creators, for William Faulkner was not born William Faulkner. He had to work. These stories and sketches, which seem to flow chronologically, move from meh to good to maybe this guy will one day write As I Lay Dying and The Sound and the Fury, which was published in 1929, just four years after he’d decided to write fiction.

His New Orleans Sketches were written in New Orleans, but they aren’t really about New Orleans. Faulkner doesn’t necessarily focus on that which makes New Orleans what it is; his subject is people. And, unlike  his later creation, Yoknapatawpha County, these people just happen to live in New Orleans. 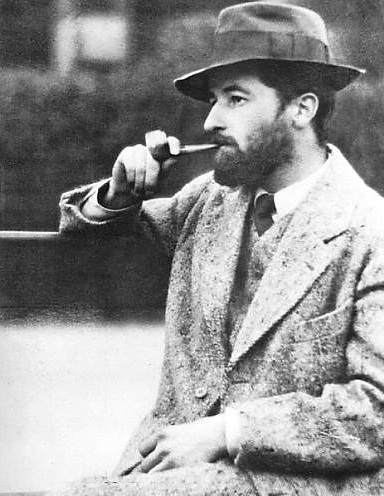 A Walk on the Wild Side – Nelson Algren

The book asks why lost people sometimes develop into greater human beings than those who have never been lost in their whole lives. Why men who have suffered at the hands of other men are the natural believers in humanity, while those whose part has been simply to acquire, to take all and give nothing, are the most contemptuous of mankind.
— Algren

A story about the old French Quarter and New Orleans of the 1930s. A story encompassing midget pimps, legless former circus strongmen, Southern aristocrats suffering from “black mammy syndrome,” conniving door-to-door salesmen, prostitutes, hustlers, runaways named Kitty Twist, the sane, the insane, the homeless, the insane sane homeless masquerading as eighteenth century admirals, and condom factories. A story of delicate depth and one of those novels that works best when viewed as a whole. The thud of resonation doesn’t occur until the last few pages.

The language distracts at points. Sometimes it seems as if Algren was trying too hard for a singsong cadence in his prose — obvious rhymes, seemingly forced alliteration. But when it works, when it flows naturally, his language of pimps, prostitutes, and Prohibition (one tries anyway), which relates the story of Dove Linkhorn, a naïve 16-year-old from a tiny Texas town who finds his way to New Orleans, is unlike any other before or since.

Lou Reed has said his “Walk on the Wild Side” was inspired by Algren’s novel.

He is a moviegoer, though of course he does not go to movies.

Percy was born in Birmingham in 1916. He attended the University of North Carolina Chapel Hill and studied medicine at Columbia University. He was raised an agnostic but later converted to Catholicism. His influences were Kierkegaard, Camus, and Sarte. He was, for me, the best Southern writer not named Faulkner.

The crux of Percy’s novels and assorted non-fiction is his interest in existentialism. Which is to say he was one of those people who thought too much, or so it would go if you handed a majority of your Southern friends and neighbors a copy of Percy’s books. The man thought. A lot. And a lot of that thinking was about the South.

The Moviegoer, his first novel, was published in 1961 and won the National Book Award. The non-tale tale, the plot being beside the point, like most if not all existentialist works, is recounted in the first person by 29-year-old Binx Bolling. Binx should be a well-adjusted Southern gentleman, but for some reason he’s stuck in “malaise.” In Percy’s words: Binx was “a young man who had all the advantages of a cultivated old-line southern family: a feel for science and art, a liking for girls, sports cars, and the ordinary things of the culture, but who nevertheless feels himself quite alienated from both worlds, the old South and the new America.”

The Moviegoer is a mapping of existential malaise. It’s a look at what some would term depression. It’s a look at a man caught between belief systems, and all the uncertainty and inaction therein. Like all great books, it’s a mirror, reflecting and refracting reality.

“I dust a bit…in addition, I am at the moment writing a lengthy indictment against our century. When my brain begins to reel from my literary labors, I make an occasional cheese dip.”

Chances are, if you consider yourself a reader, and if you’re from the South, and if you went to college, and if you have friends relating to or involved in the above, you have an opinion about A Confederacy of Dunces. Maybe you find it hilarious and think Toole was a misunderstood sensitive genius. Maybe you find Ignatius J. Reilly to be a hero of leisure and idealism. Maybe you think he was a fat man wearing a funny hat who farted entirely too much between bouts of complaining about his valve and berating his poor, borderline-senile mother. Maybe you think Reilly was both an ironical absurdist exaggeration of overeducated idlers and a sympathetic look at a man born several centuries too late.

Who knows what you think.

Regardless, unless you find Reilly a totally reprehensible figure, and unless your reading experience is shackled to relating to the protagonist, A Confederacy of Dunces is a very funny book. Often it’s hilarious. You might even laugh out loud at Reilly’s mishaps during his attempt to locate (and keep) work — Ignatius J. Reilly, Your Young Working Boy — in the French Quarter and New Orleans at large.

Toole was born in New Orleans and attended Tulane. He committed suicide in 1969 at age 31. Dunces was published posthumously thanks to the efforts of Thelma Toole, his mother. After numerous rejections and publishing apathy, Thelma got the novel into the hands of Walker Percy who helped it get published in 1980. It won the Pulitzer Prize in 1981. 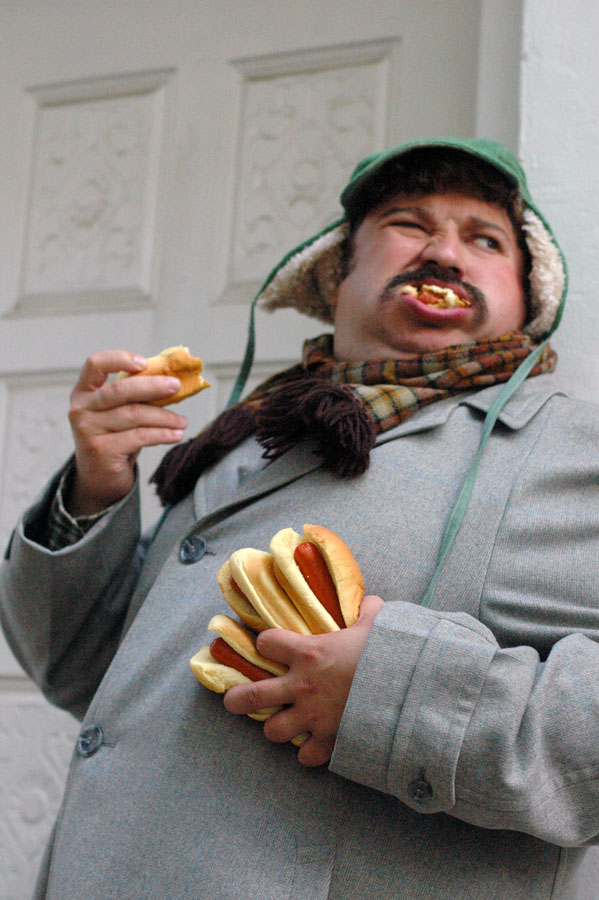 Deep down inside they were basically kind, loyal, and caring people, but these qualities rarely surfaced.

Strahan’s collection of Lucky Dog stories, most involving various forms of vagrancy and eccentric behavior, gives credence to Toole’s view of Lucky Dog vendors in Dunces. Like New Orleans, Lucky Dogs was (and perhaps is) an oasis for the misfits and outcasts, those unable to work a “normal” job. Strahan, a Tulane history doctorate dropout who managed Lucky Dogs for more than 20 years, manages to skirt sentimentality and portray a subset of New Orleans he loved with a comedic touch.

Walker moved to New Orleans from New York in 2000 with his girlfriend. To entertain and inform his readers, and probably as a way to cement certain nebulous ideas, he wrote a series of “letters” from the city. On the surface they don’t seem much more than stories about forgotten neighborhood bars, socioeconomic clashes, and Carnival. But Walker has a keen eye and just the right amount of outsider’s awe to present a compelling picture of the city. He focuses on the specific — the history of the song “St. James Infirmary,” the life and final resting place of R&B flamboyant Ernie K-Doe, multiple prose picturesques of Mardi Gras — to develop the whole. His conclusion: Ain’t no city like New Orleans.

* The Secret History of an Underground Iron Bowl
* Pretty Auburn girl. In the Philippines. Saving Toomer’s.
* Rare candids of Pat Sullivan at the 1971 Heisman banquet
* My first meeting with Dean Foy
* Pompadours on the Plains: the 50s revival at Auburn
* Bear Bryant’s lost year at Auburn
* The Patchwork Pat Dye, Part I
* Science Fiction Made Easy