Derek Jeter joined the 3,000-hit club today in style, homering hard into the left-field stands of Yankee Stadium off of the Tampa Bay Rays’ David Price.

But forget the guy who caught the ball—we’re trying to figure out the identity of the Auburn fan whose championship presence helped him hit it. 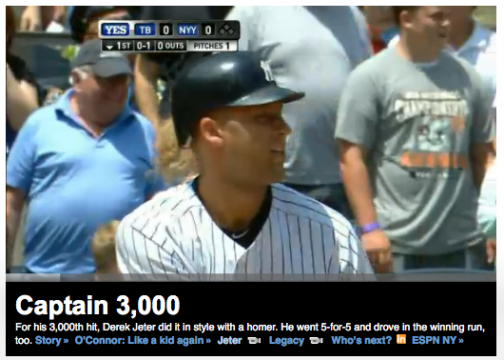 Congrats to Jeter and his Auburn angel for inspiring TWER’s first non-Bo MLB-related post ever.