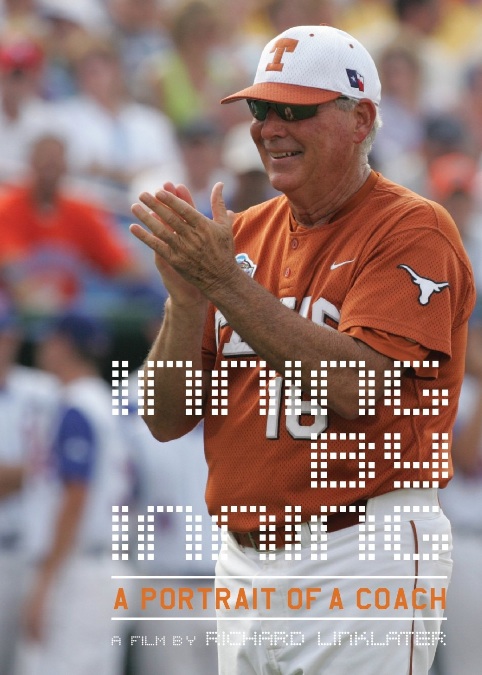 Baseball is going to insure that player fails, and fails a lot. Now a coach becomes in support of those failures, and I like to think we encourage those failures, because we want them taking risks. We want them finding out more about themselves. I think that’s the value of baseball.

Throughout Inning by Inning, Augie Garrido talks about how brutal baseball is as a game. Strikeout? Everyone saw. Make an error? No one else is there to take the blame. In football, basketball, and games that move with more speed, some errors can be covered. Fan blame and personal shame can be shifted and shared. But mistakes are rarely missed in baseball. That’s the pressure, and the reward, if you’re of a particular (peculiar) mindset. Being great at baseball requires more than physical ability. It takes a certain mental toughness. Play baseball long enough without the right amount of mental toughness and you’ll be squashed.

Garrido sees baseball as a simulacrum of life. For him, all important lessons in life are contained within baseball. Failure. Stoic indifference to randomness. Gumption. Continued trying. Focusing and living moment to moment (pitch by pitch, inning by inning). Divorcing how a performance is perceived from the results.

It’s the same as being a coach of a team. It is a wonderfully detailed, minute process. Every moment you’re making decisions that influence the end of the line: the final film. Sports are like that too. You’re at bat. You get your moment. You put your focus on that moment … a lot of people just want to jump to the result of everything. The best thing for your psyche as you try to accomplish anything really is to just concentrate on all the little things. And not just as a means to an end, but truly enjoy them.
— The Austin Chronicle

Watch Slacker (or most any Linklater film, Waking Life being another good example) if you’re interested in viewing his philosophical meanderings. Slacker is his love letter to Austin eccentrics, and it’s also available through Netflix Instant Queue.

This is just personal postulation, but Garrido’s coaching worldview closely resembles the ideas presented in Timothey Gallwey’s The Inner Game of Tennis. Gallwey and Garrido are both concerned with focusing on the present task with no consideration for either the before or after.

The message of the Inner Game is simple: focus. Focus of attention in the present moment, the only one you can really live in, is at the heart of this book and at the heart of doing anything well. Focus means not dwelling on the past, either on mistakes or glories; it means not being so caught up in the future, either its fears or its dreams, that my full attention is in the present.

Not sure if Garrido has read The Inner Game of Tennis or if he came at his views independently, but the results are beyond similar. Pete Carroll is a noted Gallwey acolyte. So much so that he wrote the foreword to TIGOT’s latest edition. I imagine Garrido’s book, Life Is Yours to Win: Lessons Forged from the Purpose, Passion, and Magic of Baseball, to be all about inner game. Because if any sport’s about inner game, it’s baseball.

All great, legendary coaches and all great, legendary athletes hate to lose. Pat Dye, in his autobiography, must’ve said he hates to lose 10 different times. Garrido’s no different. It’s behavior bordering on obsession. Dye said he used to “get the hives.” Garrido, in several different scenes in which he is interacting with players, talks about how baseball is all he’s got. He doesn’t have hobbies, he doesn’t have other activities to occupy his mind. He’s got baseball. Pete Carroll is the same. So is Nick Saban. And Pat Summit.

Coaches of this style — coaches as acolytes, those who have surrendered to the higher calling of sport — approach coaching as if it’s an art. A lot of the styles seem mechanic and overly fundamental, but take a closer look and you’ll see the unique imprint. Years of doing and tinkering and obsessing have imparted a personal approach. Pat Dye learned under Bear Bryant, but Pat Dye wasn’t Bear Bryant. Through doing he came into his own.

Artists follow a similar path. In the beginning, when an artist is first learning his or her trade, imitation is the way. The artist writes or paints or sings in the hopes of becoming like someone he or she admires. Henry Miller said he wrote to become Knut Hamsun. But Henry Miller got to writing and turns out he became Henry Miller. I write in the hopes of sounding like a dozen or so writers, but the end goal is to sound like Ben Bartley. Augie Garrido wanted to be Pete Beiden. Later in life and career, the artist, or the coach, will refer to these heroes as influences. Maturation, I suppose it’s called.

A life can be lived as art. To go back to Miller, he once wrote that writing for him was an attempt to slough off the lesser parts of himself in the hope that one day he will no longer have to write. He will then have reached his goal, and his art, his every action and utterance, would be his life. I think to be a legendary coach, the type of coach institutions commission statues of (justly, not to name names, certainly not current coaches occupying institutions to the northwest), one has to become so infused with a chosen coaching philosophy as to become that philosophy. Life and sport melded. So when Augie Garrido says: “Baseball screws everyone. It takes no sides. Everyone fails. It’s a game of failure.” he’s also talking about life. To understand Garrido’s views on baseball is to understand his views on life.

“If you let the negative things overwhelm you and overpower you, you will be f****** miserable. That’s all there is to it. If you get it behind you, if it bothers you for awhile, if you got to think it through, nothing wrong with that. You got to work some things out in your own head, nothing wrong with that. But when you show up tomorrow it’s a new day and you need to see the opportunity.”