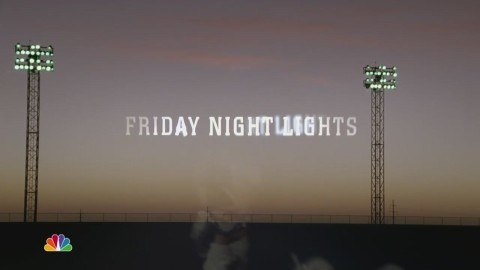 Jeremy and I sometimes talk about the goal of The War Eagle Reader. That is, the overarching, often unspoken meta-goal. The reason for the hours spent and the mental mainframe used. It’s obviously not for the money. So why TWER?

At the risk of sounding self-important (and speaking only for myself, here and always), the goal of The War Eagle Reader is to understand Auburn. To ask: Why this town, this University, these people? Why Auburn? Which leads to: Is Auburn truly unique? Or do we find it unique because of the bias of personal experience? Is Auburn just another college town?

Which is also to ask: Are we all completely insane? 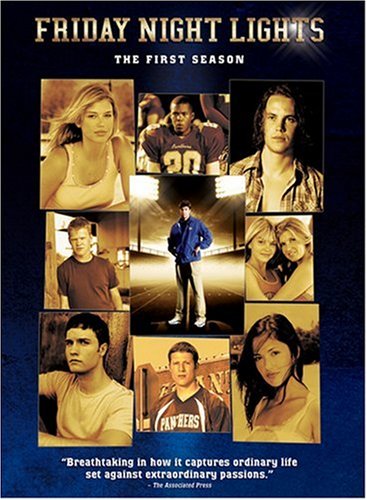 Friday Night Lights, which is set in the fictional, football-gaga Texas town of Dillon, feels firmly entrenched in reality. I know these people. I am these people. Having spent my whole life in the South, I know Dillon. Dillon is Auburn. That’s a simplification, surely. Dillon is a tiny Texas town that appears to have nothing happening but high school football, and Auburn is a small Alabama town that happens to be home to a large land-grant university that appears to have nothing happening but college football . . . Please put away your lynching sticks. Not smelting any golden gods today.

Like every television drama, good or bad, new or old, FNL is character-driven. What drives the show, what makes for good television, is Coach Taylor’s struggle as a new coach and his relationship with his wife, Tami, and his daughter, Julie, and Jason Street and Lyla Garrity’s struggle with Jason’s paralysis and Tim Riggins’ struggle with being Tim Riggins. But the main character is the town of Dillon. The real conflict of the show is the struggle of living in Dillon, Texas.

The opening credits (wish I could find an embeddable video to share) of Season 1 show familiar scenes — name and number yard signs, old white houses with chain-link fences enclosing yards and porches full of rusted ephemera, sunrises over stadiums, eateries shaped like the food sold, early morning practices, cheerleaders. These shots combined with the documentary, almost voyeuristic film style give the show a certain credibility. The viewer’s, this viewer’s, conscious knowledge and wariness of fiction vs. reality can be subverted, if only momentarily. For me, the subversion usually involved a slightly-shaky camera shot of a rising or setting sun over a stadium set to inspirational music. Like a visual representation of the finest hours of my youth.

I had a Friday Night Lights’ moment driving down Donahue yesterday. It was round dusk, 6:45 or so, my favorite time of day in Auburn, and the sun was setting behind the red barn on the stretch after College and before Samford, the reflection sitting on top of the lone pond as if captured in stasis. The surrounding grass was golf-course green, even had those lawnmower lines golf people pay so much for. A couple sat on the pond’s edge. There might’ve been a black lab. Behind the couple and below the disappearing sun was another red barn flanked by sibling silos. In the middle distance, seemingly parallel with the sun, were the dormant lights of the intramural fields. The words “robot hands” come to mind now, even if they didn’t then.

Auburn always has consistent beautiful sunsets, more so than any other place I’ve ever been. Five years I’ve lived here. Five years I’ve watched the sun set. (Except for a stretch where I was a creature of the night. One of those phases.) And it almost always engenders a sudden charged, weighty feeling of importance and meaning, a feeling somewhere between portentous and exhilarating, because you know the sun is dying for the day. And it’s not gonna be back for some time. And there’s gonna be some darkness. But it will return when it’s good and ready. And the rising is just about as good as the setting. Which is a metaphor for everything important I do believe. Nature gives as much as it takes.

I kept driving down Donahue, passing Beard-Eves, that old brooding, decaying broad, on my left. Girls in sorority shorts and billowy shirts walked in twos and threes on my right, deep in conversation discussing finals and boys, not even seeming to see they’re right smack middle in one of those perfect Auburn afternoons in the spring or fall where the temperature is just right and where the idea purported by their elders that this is God’s Country seems to be bang on, because if Donahue Drive on May 2, 2011, at 6:47 isn’t God’s Country there isn’t one.

On the right, staring daily into the dying sun, is Jordan-Hare. I didn’t look to see the National Championship banner, but I knew it was there. Those who follow Jesus will tell you about a peace passing all understanding after the surrender. I’ve felt it. It’s enough to make you believe life has a narrative structure. I kept waiting for theme music.

Dillon isn’t Auburn. A high school town isn’t a college town. College players are myth, more folklore and legend than flesh and blood. High school players are people. To know them, to watch them on Friday nights, is to see the vigor of youth, the hope. As you age, as you go back and watch, especially if you played, it’s with the tangy, saccharine sadness of missed opportunities, dashed dreams, and a disappeared youth.

I don’t remember when this was or exactly how it went or who was involved, but I think it was Smash who said it. Or it might have been Riggins. Regardless, one of the players is challenged in some way to explain their love of football.

You might think that’s taking football too seriously. And I suppose it might be. But to understand Auburn you got to take football a little too seriously.