And a professional badass with several nicknames: “Rogue Warrior”, “Demo Dick”, “Shark Man of the Delta” and “The Geek.” He also has his own video game character (with his own NSFW YouTube tribute video — “President Reagan sends his regards”), based off his memoir of killin’.

From his bio on NavySeals.com:

With a B.A. in International Relations from the Navy Post Graduate School in Monterey, California, and a M.A. in Political Science from Auburn University, Marcinko brings to the private sector the same skill, dedication and enthusiasm that earned him 34 citations and medals, including the Legion of Merit, the Silver Star and four Bronze Stars.  From operations in Vietnam to planning at the Pentagon, Marcinko has proven his expertise at all levels of special operations, intelligence and security.

[UPDATE: Apparently it was technically AUM, but still]

From reports thus far, SEALS Team Six’s latest operation in Pakistan seems consistent with their founder’s attitude toward assassinations and such: “I don’t have to get country overfly rights, I don’t have to get permission to cross borders,” Marcinko said in a 2008 interview. “The only thing I have to do is keep my ass alive.”

UPDATE: The war dog that assisted in the assault on bin Laden might also have trained at Auburn. 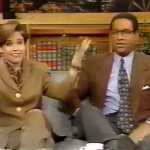