Jim Pyburn’s recent passing has us waxing second-handedly nostalgic for the Auburn ballers of the ’50s, of which there are many. A few weeks back, we documented the Dread Pirate Roberts-ish details of Zeke Smith’s nickname. But we’re dedicating this space simply to four nifty photos of Joe Childress, just for the hell of it.

Childress was a god. He lead the SEC in rushing and scoring his junior year (1954). That was enough to earn him the cover of the Official NCAA Football Guide for 1955. 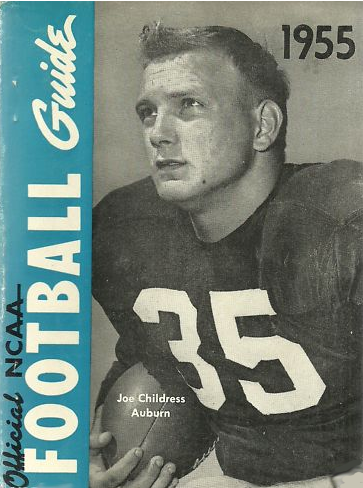 The two-time All-American led Auburn in rushing his senior year with 1,677 yards. He was the Gator Bowl’s Most Valuable Player two years in a row (’54 and ’55). He was also one the SEC’s premiere linebackers. Later, he was a star running back for the Chicago / St. Louis Cardinals… 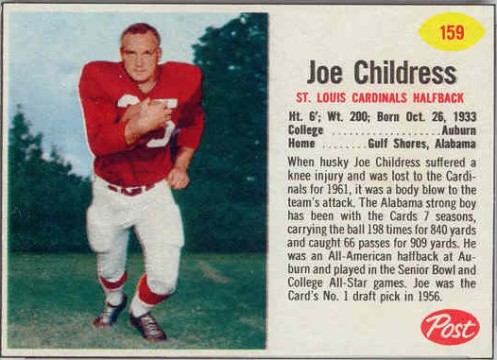 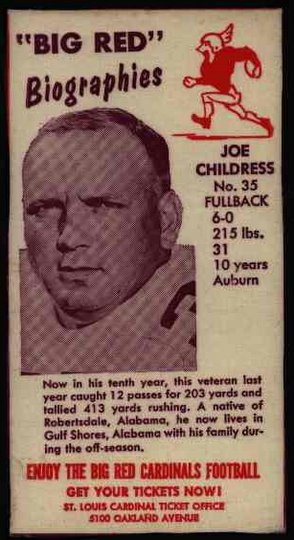 …and had time to pose for photos with slingshots, like the one The Plainsman printed in it’s July 2, 1958 issue. 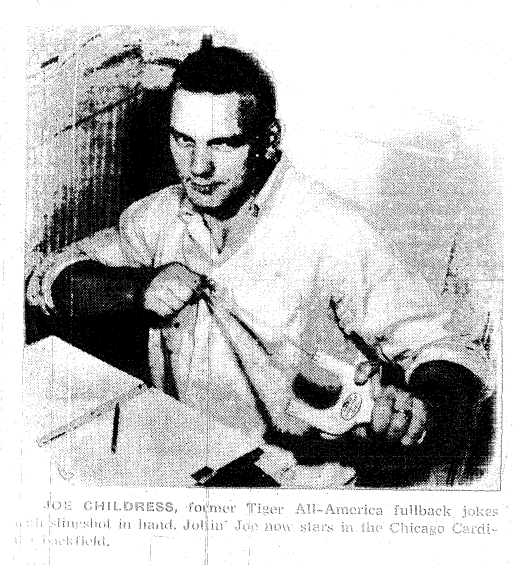 “Joltin’ Joe” died of cancer on his 53rd birthday—October 26, 1986. He was inducted into the Alabama Sports Hall of Fame one year later.

* Pompadours on the Plains: The 50s revival at Auburn
* Bear Bryant’s lost year at Auburn
* Classic punxploitation flick features broadcast of Auburn game
* Auburn students stand in for Joaquin Phoenix, stars of Space Camp (1985)
* The G.I. Joe from Auburn
* Videographer behind AU hype videos wasn’t initially sold on “All I Do is Win”