Former Pedro The Lion frontman David Bazan is playing a house show in Birmingham Tuesday, April 12. Or excuse me, it’s a “living room show.” While you probably don’t have the $20 pre-paid, sold-out PDF needed to get in, the show (and proximity) is enough of an excuse to run an interview I did with Bazan last fall.

And I did ask him about Bo Jackson. 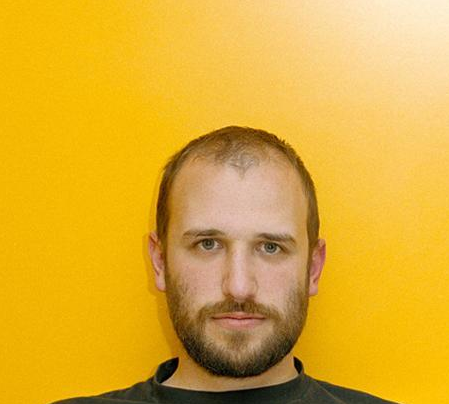 Dave Bazan has never made it through an interview without being asked to dish on his love-hate relationship with God — even after this one.  But though I couldn’t help bringing up the spiritually schizophrenic nature of his 15-year career — the first half spent as the great white hope of the Christian indie-rock scene (that his former incarnation, Pedro The Lion, helped create), the second defined by the same naked honesty that so endeared him to evangelical hipsters (but produced enough increasingly godless records for Paste Magazine to name drunk, post-Christian Dave to it’s 100 Best Living Songwriters List in 2006) – I’ve decided to keep the end result of the interview as light and earth-bound as possible. No more talk about how he reconciled the Old Testament God and the New Testament God in lyrics of yore. No discussion on the semantics of whether Pedro The Lion was a Christian Band or Band Of Christians. No explanation of new his instant-angle agnosticism. No elaboration on being invited back in 2009 to rock the flock at the Cornerstone Music Festival after being banned from the grounds for swilling vodka from a milk jug during his set in 2005. “To everything there is a season,” says Solomon, another famously introspective artist claimed by Christians, “and a time to every purpose under the heaven,” and Dave is pretty sure he’s never been asked to dish on, oh, say… Bo Jackson. Or those “stuck up” guys in Vampire Weekend.

What’s the biggest professional compliment you’ve received as an artist? Have you ever seen Willie Nelson out in the crowd, nodding along?

Oh man, that would freak me out. No, nothing like that, but I have become buddies with a couple of my musical heroes. Or we’re at least acquaintances and we’ve exchanged mutual respect… mine being more than his I’m sure, but Brendan Canty from Fugazi is one. But for me, the biggest compliment is just being allowed to do this at all. It’s getting tougher and tougher to not take it for granted – having opportunity after opportunity at taking a stab at making a record that I love, another stab at playing a string of shows and doing right by fans. That’s really the thing. ‘Cause it’s not a given. I have a lot of really talented buddies who don’t get to do it at the level I get to do it.

I’m going to say negative. I think that some of their tunes are catchy and sound kind of cool, but for me, what’s behind music ultimately comes to bear on what I think about it, so it’s like they’re just a real pretty girl at school who’s kind of a stuck up bitch once you get to know her.

They’re actually, like, really wealthy assholes on a personal level. That doesn’t mean you can’t make great art. Picasso was an asshole. Bob Dylan is an asshole, but he’s one of the greatest songwriters of all time. But it’s all style with those dudes [Vampire Weekend]. And they’ve got a style that’s pretty cool if people don’t sweat straight up ripping off Paul Simon. Their songs are about nothing more than leisure and expensive sweaters.

Rock ‘n’ roll that I dig and that resonates with me is all about the hunger. Everybody’s talented in different ways and there’s no choice over that. But it’s just a matter of coming to terms with what you want to express and letting that fuel that hunger to do something.

Oh, you know, just like, the Nike ads juxtaposing him with Bo Didley, and that he played both baseball and football. And that there had never been anyone like him before. But I didn’t have his poster or anything.