Every artistic movement from the beginning of time is an attempt to figure out a way to smuggle more of what the artist thinks is reality into the work of art.

David Shields comes at you like an Auburn street preacher, all didacticism and surety. The subtitle of Reality Hunger is A Manifesto. The first pre-book quotation is by Walter Benjamin: “All great works of literature either dissolve a genre or invent one.” Implying that he, David Shields, with Reality Hunger, has produced a great work of art that dissolves genre while simultaneously inventing a new one. And also implying: Haters gonna hate.

The parts Shields wrote almost seem smug. Like you can just imagine him curled over his computer typing with two fingers as he mumbles, “Take this Jonathan Franzen. Take that New York Times Book Review. Suck on this one, literature professors.” He certainly doesn’t suffer from false modesty. And he isn’t afraid to argue. He knows what he thinks. If you don’t agree, please step aside. David Shields goes hard. He and his book are polarizing.

Reality Hunger is an interesting book, an important book even. Shields’ surety of its importance is a bit off-putting. But, at the same time, why shouldn’t he be proud of what he’s created? That’s an eternal push/pull for me — likable humility vs. confidence in creation.

I’m drawn to literature instead as a form of thinking, consciousness, wisdom-seeking. I like work that’s focused not only page by page but line by line on what a writer really cares about as opposed to work that assumes that what the writer cares about will magically creep through the cracks of narrative, which is the way I experience most stories and novels.

The book’s argument paraphrased, simplified, and filtered: Art, “literature” and writing specifically, can be effectively separated into two categories: that which takes you out of life — escapism, entertainment, an opiate — and that which plugs you directly into life — truth, realism, bracing honesty. The only art worth anything plugs you directly into life. Narrative, plot, and characterization are often directly opposed to plugging one directly into life, and they cannot accurately reflect life as we know it today. The traditional novel, the novel of Henry James and Dreiser and Updike, is dead. The way to approach truth — poetic truth, ecstatic truth — is through a mixture of non-fiction and fiction. Shields seeks the truth of poets, not journalists. 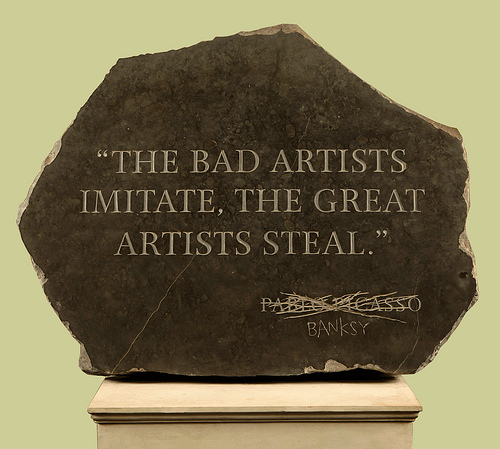 Reality Hunger is structured by chapters ranging from a overture to z coda, with all 26 letters of the alphabet represented. Each lettered chapter consists of a collection of aphorisms, most of which are unattributed quotations from various creators. Throughout, Shields talks about how art is theft. He does include an appendix that lists the sources of all the quotations, which doesn’t undermine his argument, though it does weaken it a bit. It’s nice to know, for personal intellectual reasons, who said what, but the appendix feels like a compromise.

In the book and in interviews Shields is a champion of a mixture of non-fiction and fiction, or books, documentaries, comedy routines, etc. based on true events but acknowledging the individual’s role in shaping reality, whether by memory faults or the filter of personal experience. He’s interested in that which exists in the murky gray zone between objective and subjective. I think it can be safely said he doesn’t believe in objective truth. Somewhere three professional journalists and two journalism professors just fainted.

Reality Hunger is an extremely readable book. The aphoristic style compels the reader forward. Just one more, one more, all right, one more and I’m finished. Before you realize it you’ve read 50 pages. The latter works of David Markson have that same appeal. Reader’s Block, Vanishing Point, This Is Not A Novel, and The Last Novel are hard to quit. Shields is an avowed fan of Markson, which I think Reality Hunger’s structure partially reflects.

As a work gets more autobiographical, more intimate, more confessional, more embarrassing, it breaks into fragments. Our lives aren’t prepackaged along narrative lines and, therefore, by its very nature, reality-based art—underprocessed; underproduced—splinters and explodes.

At the core of Shields’ book is the consideration of the novel’s, and more generally books’, role in modern life. Troll around the Internet for any length of time and you’re likely to come across an article or a study on how the Internet and its super-fast maze of distractions is changing human brains on a fundamental level. Concentration has become next to impossible, some studies say. The Internet is making us functionally retarded as a species, others lament.

I don’t think the aphoristic, fragmented style of Reality Hunger is a direct reaction to these concerns. Shields presents himself as a lover of that which reflects and explains reality. And he likes this information, these nuggets, these kernels, stripped of the falsity and sleight-of-hand of literature — “my favorite books are candid beyond candid.” He wants writers and creators to crystallize their experiences, to tell the observer what life feels like for them, in the best form possible.

Shields takes a fundamentalist approach to the death of the novel. He says it’s dead, no hope. Franzen and his ilk are wasting their time. I say yes and no. Life doesn’t feel like a Jonathan Franzen novel for me. It’s more harried, more loose, more overloaded. A lot of life is “one damn thing after another.” But I don’t think the novel as a form is totally and irreparable outdated. A certain unspeakable knowledge and understanding can be gained from reading a really good novel. It’s a type of humming in your soul. You’ve been changed. You don’t know how, and you can’t quite articulate the change, but you know some part of you has grown. It’s a great feeling. The characters, the setting, everything combined, lift you up in a way. They both take you into and out of yourself. 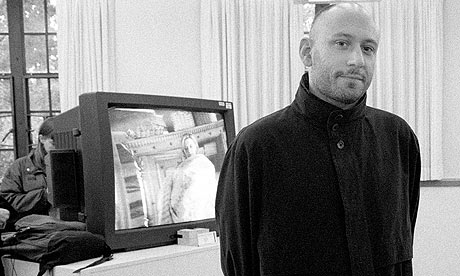 Henry Miller is one of my favorite writers. No other author I’ve read has given me as many life-altering kernels. But my favorite Miller book is Henry Miller on Writing, which is a collection of quotations from his fictionalized accounts of his life on writing and life. I find myself reading Tropic of Cancer or Tropic of Capricorn or The Colossus of Maroussi looking for these kernels of wisdom and life advice, almost begrudgingly slogging through the rest.

That’s what Shields is manifestoing — the cutting of the crap and getting straight to the good bits, the kernels. I may not agree with all he has to say, but I surely agree with that sentiment. Maybe his confidence is warranted. Maybe he has loosed the clarion call for a whole new genre. Art is theft, art is change, art is evolution.

I seem to like books that help you get out of bed, but just barely. These books do that, with ferocious and, for me, life-affirming honesty.

A list of non-fiction/fiction, life-reflecting books, some from Shields’ reading list, some not, which you might find interesting and maybe even eye-opening if you enjoyed this post and the ideas espoused in the slightest:

* The Doom of Frisky Dingo
* That time Green Day played an Auburn house show
* Fantastic photos of Bjork inside Jordan-Hare Stadium
* Auburn buses still driving around Phoenix
* David Foster Wallace wants to be your friend
* Behind the scenes at the New York City Heisman Tiger Walk
* The Mysterious Auburn Man
* Preacher from ESPN ‘Roll Tide’ commercial repents
* Sleigh Bells bring out the pompoms
* Yinging and Yanging in the Loveliest Village
* Baby, we were born to War Eagle — Springsteen in Auburn, May 13, 1976