In response to serious allegations regarding illegal benefits leveled at the Auburn football program by Stanley McClover and three other former Auburn players interviewed for tonight’s episode of HBO’s Real Sports With Bryant Gumbel, several of McClover’s former teammates, as well as players from Auburn’s 2010 national championship team, took the stand of social networking today as 140 character witnesses to what they say they didn’t see during their time at Auburn: cash payouts to players

One of those players, Quentin Groves, plans to put HBO’s report flat on it’s back via a live UStream broadcast after the show airs.

“I just want to clear the air about the allegations and the reasons why they’re doing this,” said Groves, who is tied for the Auburn record for career sacks and currently plays for the Oakland Raiders at linebacker. “Why come out and say these things unless you have personal vendetta against Auburn? Every person that has allegations and says that they accepted things, I was there with them when they said these things happened.”

And he’s positive they didn’t happen.

Groves said he first heard HBO was seeking dirt from former Auburn players several weeks ago while on vacation.

“One of my friends, [Auburn graduate assistant] Travis Williams, told me about the situation with HBO, and I was like, ‘what do they have to tell? Nothing happened.'” Groves said. “He said it was supposedly saying coaches gave money for this and that and I was just like, ‘what they’re saying is totally ludicrous.'”

Much of tonight’s Real Sports episode reportedly focuses on McClover’s claims that as a star defensive end for Auburn from 2003-2005 he was regularly given backpacks full of cash, including a $4,000 reward for his dominating performance in the 2005 Iron Bowl.

Groves, who arrived at Auburn as a freshman in 2004, says he called McClover to ask him what he’d told HBO, and why. 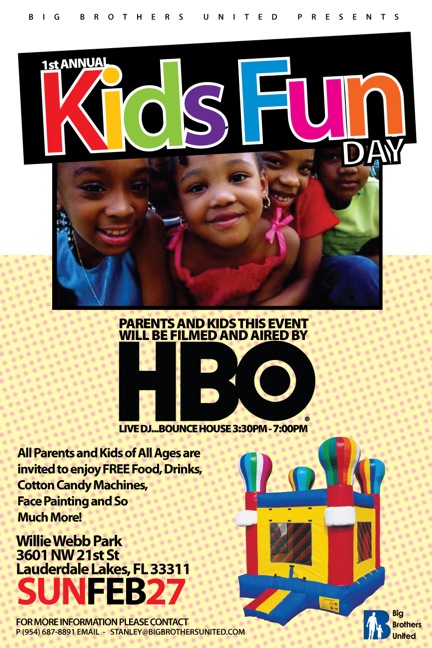 “I called Stanley and he never told anything about it,” Groves said. “He just told me that HBO was doing a special on his camp.”

In 2010, McClover started Big Brothers United, which according to it’s website is a non-profit community building organization whose “one goal is to be a positive and influencial [sic] program nationwide.” Advertising for the Ft. Lauderdale-based organization’s “1st Annual FunDay,” held February 27, read in part: “PARENTS AND KIDS THIS EVENT WILL BE FILMED AND AIRED BY HBO.”

“I was like, no one is going to do something special on your camp without something in return,” Groves said. “I just put two and two together.”

Groves says he’ll do the same tonight on UStream.

“It’s pretty much just going to be me. I’m going to do an introduction and get the facts out on each person and what they did and then come back and take questions for 20 minutes or so.”

Groves wasn’t contacted by HBO producers, but says he wouldn’t have talked to them even if they’d asked.