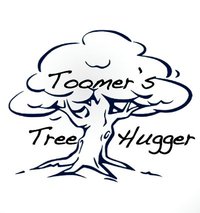 A rally planned to celebrate the dying Toomer’s oaks this Saturday may do more harm than good according to the Emotional Agronomist, Stephen Enloe, an Assistant Professor of Agronomy and Soils at Auburn University.

Enloe joked that he couldn’t comment on the scientific efficacy of actually hugging the trees, “but to be honest with you, the less impact below there right now would be the best thing for them.”

Does a crowd of six thousand grieving Auburn fans armed with toilet paper count as a significant impact?

“I wouldn’t want 100 people stomping around the base of those trees to be honest with you,” Enloe said. “I don’t think that’s a great idea.”

* Bama police keep vigil over Bear Bryant statue
* Barrett Trotter knows when to hold’em
* Bear Bryant’s lost year at Auburn
* Classic punxploitation flick features broadcast of Auburn game
* Auburn students stand in for Joaquin Phoenix, stars of Space Camp (1985)
* The G.I. Joe from Auburn
* Videographer behind AU hype videos wasn’t initially sold on “All I Do is Win”
* Two campy degrees of separation between Auburn and Swamp Thing
* I Survived the Kopper Kettle Explosion and all I got was this t-shirt
* “Alabama Polytechnic is the best…” for Eugene Sledge in HBO’s The Pacific