Hockey teams like the Havoc, reads the announcement, are often named after “intimidating natural phenomena.” There’s the Tampa Bay Lightning, the Colorado Avalanche…

… and, apparently, The Tuscaloosa Puberty. 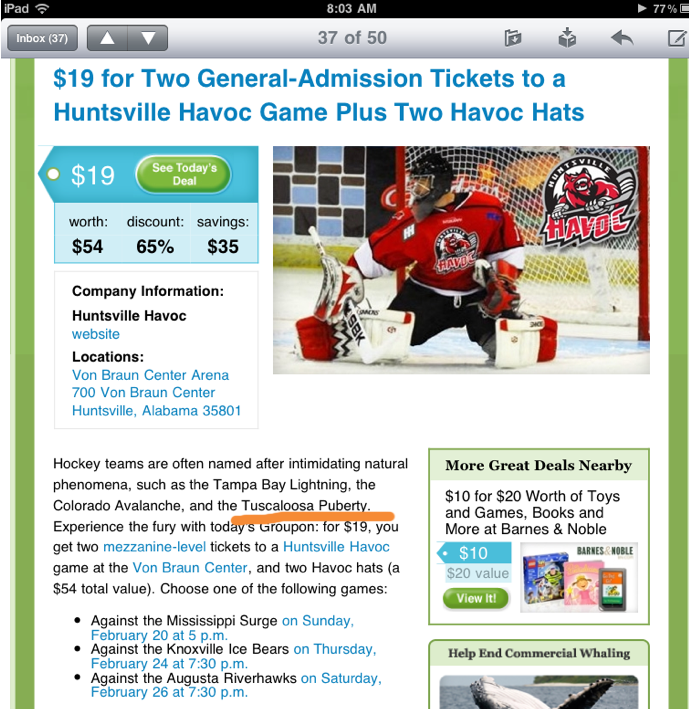 (God only knows what sorts of freebies you get at a TP game.)

Perhaps “Tuscaloosa Puberty” is another nickname of the University of Alabama club hockey team The Frozen Tide. Or perhaps this is the humorous result of an overlooked auto-correction… though we have no idea what it would be mistakenly auto-correcting — is there a natural disaster or intimidating phenomenon close in spelling or syntax to “puberty”? Is there any sports team nicknamed The Puberty? Not that we could find.

TWER reader Steve Jones, who submitted the iPad screen cap, thinks that it could be a daring form of market research intended to determine whether anyone in Huntsville — or anywhere —  actually reads Groupon’s ad copy.