I was listening to an interview conducted by Colin Marshall with the writer David Lipsky while driving around Auburn delivering wings and stuff for Willie’s a couple days ago. Lipsky was talking about his book, Although Of Course You End Up Becoming Yourself: A Road Trip with David Foster Wallace, which is a transcript of the five days Lipsky spent with Wallace during his promotional tour for Infinite Jest in 1996. Over the course of those five days, Lipsky and Wallace talk about writing, entertainment, Infinite Jest, music, movies, etc. It’s an interesting read because of the likability and self-effacing wisdom of Wallace. In the Marshall interview, Lipsky said reading Wallace’s non-fiction makes you feel smarter. For a couple dozen pages, the reader gets to take a cruise or go to the fair or follow John McCain with this witty, fun, brilliant, humble guy from the Midwest.

Not so much with Wallace’s fiction. His fiction makes you feel stupid. What’s this story about again? Why is that child on fire? Why is there math in my literature? But there is hope. Wallace said he never obfuscated for the sake of obfuscation. If you put in the work, there is a reward. 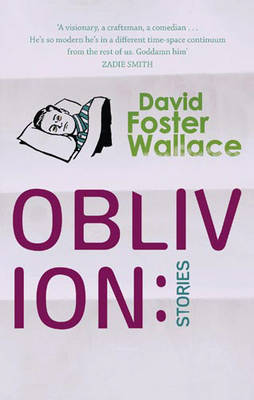 “Good Old Neon” isn’t the most challenging of his stories, not to say you don’t need to actively think while you read. The middle drags a bit and the endless mind loops and self-conscious curlicues can get tiresome, but the payoff, the last couple of pages, is worth a careful reading.

You already know the difference between the size and speed of everything that flashes through you and the tiny inadequate bit of it all you can ever let anyone know. As though inside you is this enormous room full of what seems like everything in the whole universe at one time or another and yet the only parts that get out have to somehow squeeze out through one of those tiny keyholes you see under the knob in older doors. As if we are all trying to see each other through these tiny keyholes.

Let me say this before I continue: David Foster Wallace hanged himself in 2008. “Good Old Neon” is a story about suicide. The two are related, of course, as much as anything a writer writes is the writer, but this isn’t a story written by a man on the verge of offing himself. By all accounts, as of 2004 when Oblivion was published, Wallace was healthy and right-minded. It wasn’t until the summer of 2007 when he went off Nardil — the anti-depression medicine he’d been taken for years to battle chemical depression — that the all-consuming chemical depression that ultimately led to him taking his own life occurred.

In “Good Old Neon,” the nameless narrator (who becomes “David Wallace” on the next to last page) decides to kill himself because of his uncontrollable fraudulence. To the outside world, he appears normal and healthy. But inside, when he gets quiet with himself, he knows he’s a fake, a phony, a societal shyster.

My whole life I’ve been a fraud. I’m not exaggerating. Pretty much all I’ve ever done all the time is try to create a certain impression of me in other people. Mostly to be liked or admired. It’s a little more complicated than that, maybe. But when you come right down to it it’s to be liked, loved. Admired, approved of, applauded, whatever. You get the idea. I did well in school, but deep down the whole thing’s motive wasn’t to learn or improve myself but just to do well, to get good grades and make sports teams and perform well. 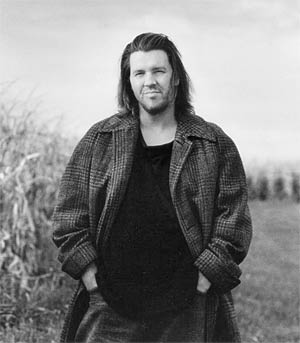 Unlike Catcher in the Rye, where everyone else is a phony and he, Holden Caulfield, is the only “real” person, the narrator in “Good Old Neon” feels he is unfixably fake. “I was disgusted with myself for being such a fraud, but I couldn’t seem to help it.” He tries religion, jogging, sex, no sex, drugs, volunteering, and therapy but nothing stops him from feeling like a fraud.

The conclusion he reaches, a page before he kills himself, is we’re all frauds. We all control and consider how we want the world to view us. Consider your Facebook page. Or how your movements become more careful and calculated when you know someone is watching. What depresses the narrator, and what leads him to suicide, is that when he strips away all of his “fraudulent” self, there’s nothing left. There’s no reason to do anything. He considers himself “a basically empty, insecure person whose whole life involved trying to impress people and manipulate their view of me in order to compensate for the inner emptiness.”

For a story about suicide, it has a surprisingly upbeat ending. There’s a kind of take-heart moment on the last page where the narrator-cum-David Wallace, which makes it impossible for the reader not to consider the story autobiographically and somehow linked to DFW’s suicide, fighting off feelings of sappiness “to somehow reconcile what this luminous guy had seemed like from the outside with whatever on the interior must have driven him to kill himself in such a dramatic and doubtlessly painful way,” which seems to be the goal of the entire story — to honestly reflect on why someone who seemed “normal” would consider suicide and how modern life in America or his solipsistic ideas of aloneness or a combination of the two pushed him toward that final act.

The last page is one long sentence. Here is my favorite portion:

Verily a fair-haired, fast-track guy, whom in the very best human tradition David Wallace had been back then imagined as happy and unreflective and wholly unhaunted by voices telling him that there was something deeply wrong with him that wasn’t wrong with anybody else and that he had to spend all of his time and energy trying to figure out what to do and say in order to impersonate an even marginally normal or acceptable U.S. male, all this stuff clanging around in David Wallace ’81’s head every second and moving so fast that he never got a chance to catch hold and try to fight or argue against it or even really even feel it except as a knot in his stomach as he stood in his real parents’ kitchen ironing his uniform and thinking of all the ways he could screw up and strike out looking or drop balls out in right and reveal his true pathetic essence in front of this .418 hitter and his witchily pretty sister and everyone else in the audience in lawn chairs in the grass along the side of the Legion field. . .

If you’ve been skimming slow your scroll here: These posts by default almost have to include some sort of summary, if only to let you know what I am talking about. Sometimes there’ll be too much, sometimes not enough. Such is the way. The goal, though, is to explain in some way why, and perhaps how, a particular piece of art will affect your life. David Foster Wallace’s writing does what that first quotation says. Portions of his prose “construct a bridge across that abyss of human loneliness.” He’s a master at distilling nebulous thoughts and fillings into understandable language. I’ve had a lot of “Aha!” moments reading his writings.

Seth Godin, I think it was, said everyone’s deepest fear is to be laughed at. David Foster Wallace had a better understanding of that idea than any writer I’ve ever read.

Available online in their entirety: