Maybe you’ve heard — Auburn is playing for the national championship Monday night. Auburn lines up against Oregon and everyone that’s even a little bit emotionally invested is ready to see history be made in Glendale.

So this is a look back at history. In 1957 Auburn won its first national championship. These are pictures from that year’s Glomerata. Things certainly have changed. 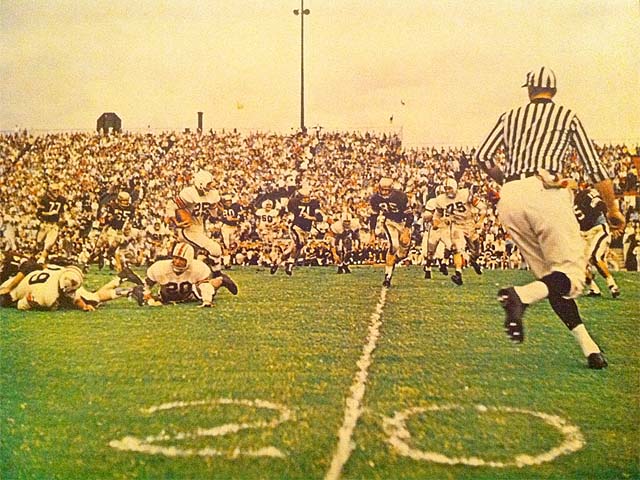 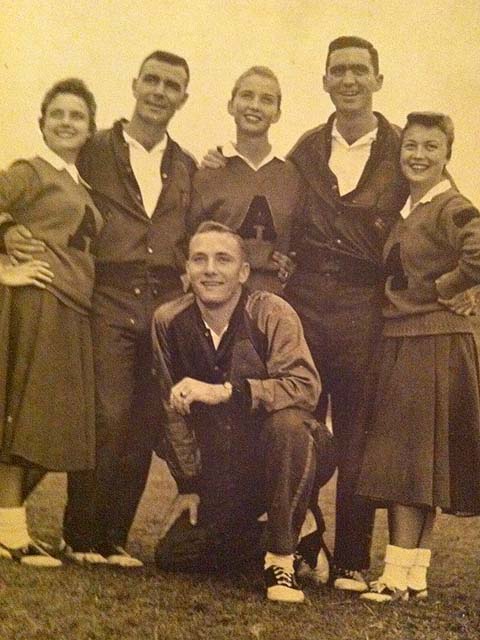 The cheerleaders of 1957. In a few of the action shots they look to be screaming fiercely. 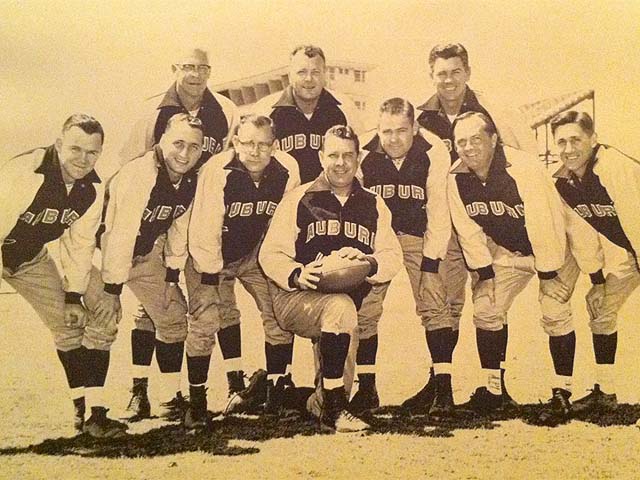 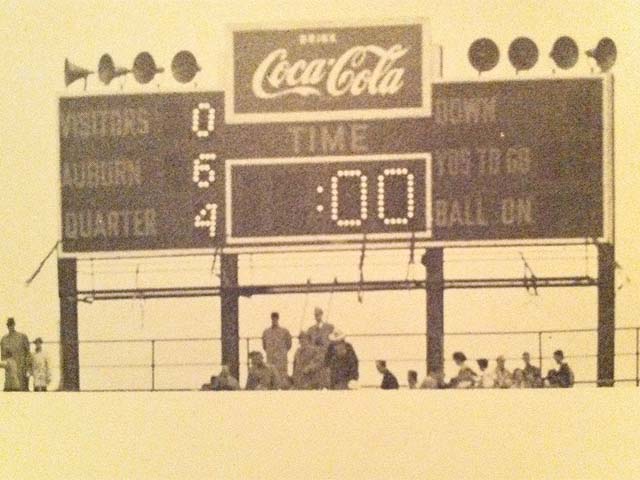 These days Auburn boasts one of the largest HD screens around, measuring 30 feet high by 74 feet wide. In 1957 they had this. 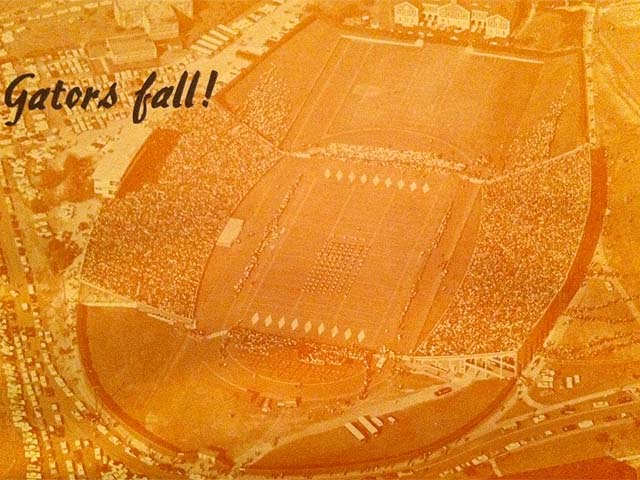 Cliff Hare Stadium’s average attendance in three home games in 1957 was 27,667 per game. (The Tigers played in a handful of different venues back then.) The total attendance for the season’s on-campus games was 83,000. The modern Jordan-Hare Stadium seats 87,451.

The Tigers were in the middle of a 30-game home winning streak during the 1957 championship season.

That’s still Petrie Hall at the top of the picture. Built in 1939, it was formerly the athletic field house. It was named for George Petrie, a history professor, graduate school dean and Auburn football coach. He also penned The Auburn Creed. Today that building houses COSAM and Geography offices. 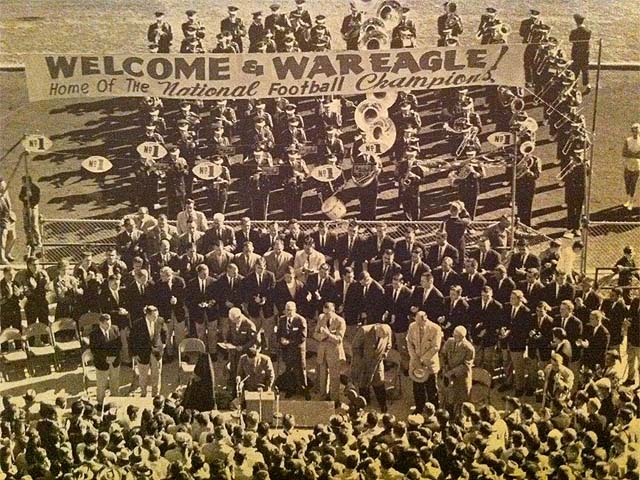