It has been whispered on messages boards about the strange amount of times that the number 19 can be found at this game-winning juncture in the national championship game … can you spot them all? 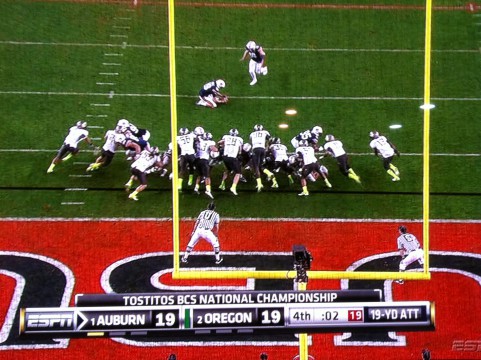 It would be really spooky if it was Wes Byrum’s 19th field goal of the year.

UPDATE: Per this email from his parents, the going theory is that the 19’s are a secret handshake between God and long-suffering Auburn warrior Neil Caudle… No. 19… who held the snap for Byrum.

Photo and enlightenment by Big Sexy.