Celebrating Auburn’s undefeated, national championship season on some of the state’s newspapers. Clicking on the paper will send you to their web site for complete local coverage. 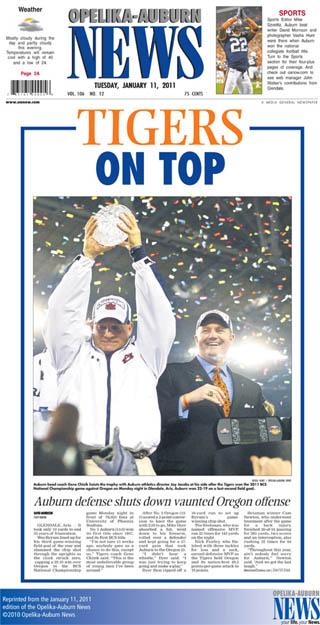 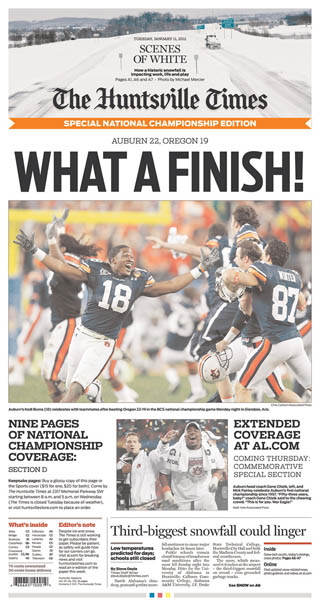 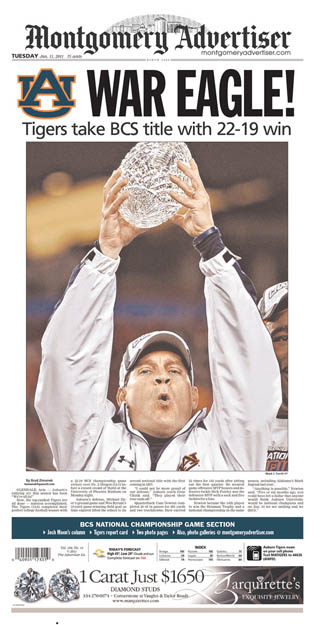 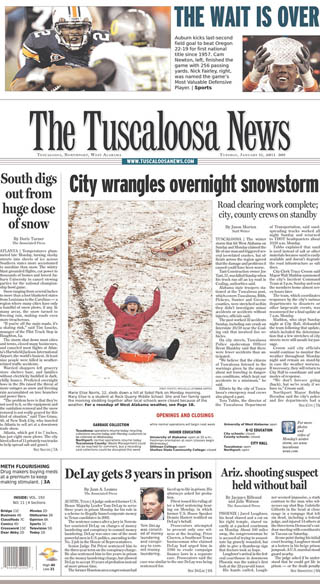