In just over two weeks, Brown has sold more than 2,000 custom drink koozies printed with the words “Cammy Cam Juice” —  Cam Newton’s name for the super sweet Gatorade-based concoction he was frequently spotted swigging on the sidelines this season. The beverage became an internet meme overnight thanks to Tracy Wolfson’s on camera taste test during the SEC Championship Game on December 4.

Brown had a feeling it would.

“When Cam got Tracy Wolfson to drink it, I just said ‘somebody needs to make Cammy Cam Juice koozies or sippy cups or something, cause this is going to be huge,'” said Brown, who graduated from Auburn in 2001 with a degree in finance, and currently runs TwoBluePeas.com, an online baby boutique. “Sure enough, I Googled it the next day and there were thousands of views of it on YouTube and bloggers were blogging about it all over the country. But I couldn’t get up the guts to invest in the koozies. It wasn’t that much money, but just given our situation.” 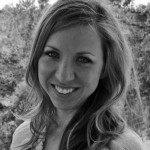 Brown, 31, and her husband Kevin struggled financially throughout much of 2010. Their home in Nashville was among those flooded by the torrential rains that damaged significant portions of the city last March. Despite the setbacks, the couple remained determined to watch Auburn play for the national championship in person.

“The team just kept doing so well, and it started looking more and more like they were going to make it,” Brown said. “After the SEC Championship, we just said ‘screw it, we’ll swipe it.'”

The Browns booked their flight to Arizona with credit cards immediately following Auburn’s win over South Carolina; after realizing the potential of a “Cammy Koozie” the next morning – and deciding on one extra charge –Sarah hoped she might not have to pay any interest.

“When I noticed that nobody was doing anything with Cammy Cam Juice, we had that same attitude, and so I just swiped it again and got [the koozies].”

Thanks to her experience with TwoBluePeas, she had a Cammy Koozie website up and running in a day. Selling the koozies at $6 a piece, she has since made enough money to cover the costs of her trip — game tickets included — and then some.

“It was a pretty immediate response,” said Brown, who promoted the koozies via Facebook and Google, as well as TWER. “It just kind of took off – our goal was just to pay off our trip and not worry about the burden of it, but as I continue to sell them, we’re kind of putting more toward hotel costs and [a rental] car. It’s been awesome.”

But also busy — so busy she had to bring her printer and postage scale, as well as all of her packing materials, with her while visiting family over Christmas to keep up with the demand.

Brown was fulfilling order up until she flew to Phoenix on Friday. Dave, who left Saturday to join her, took approximately one thousand of the koozies with him to try and sell to tailgating Auburn fans in the market for a souvenir of Auburn’s amazing season with a practical use.

“The first koozie I see out there tailgating, I’ll have to get a picture with that person,” she said before leaving. “We’ve sold so many, there’s no doubt I’ll see them out there.”

As for actual Cammy Cam Juice? She’ll leave that to Newton.

“We’re not trying to get rich off this or anything,” she said. “But I hope if Cam goes pro, he patents Cammy Cam Juice and gets as much out of it as he can.”