They say that Bo’s was a quiet, let-the-stats-do-the-talking campaign.

But the stats needed stamps.

Here’s the ephemera (postcards, stat sheets, etc.) that Heisman voters had scattered across their desks 25 years ago, at least the Heisman-winning ephemera from Auburn. 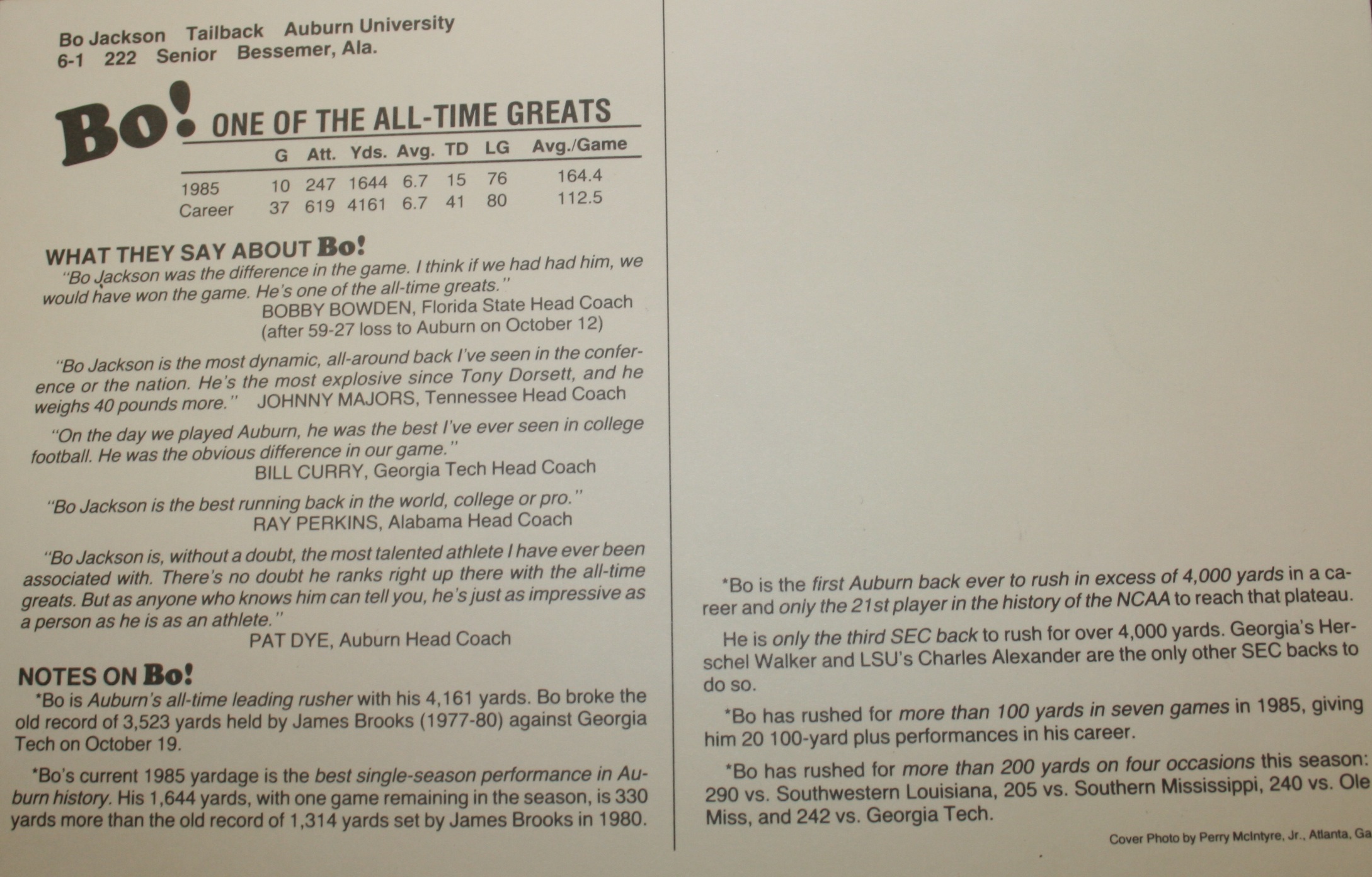 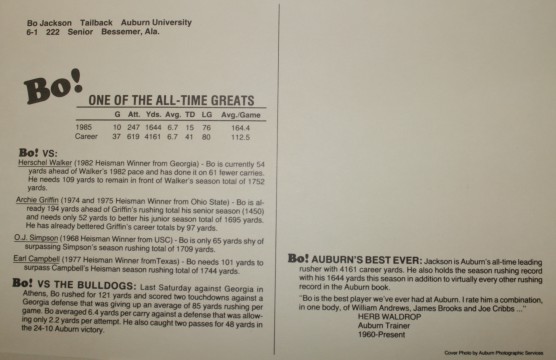 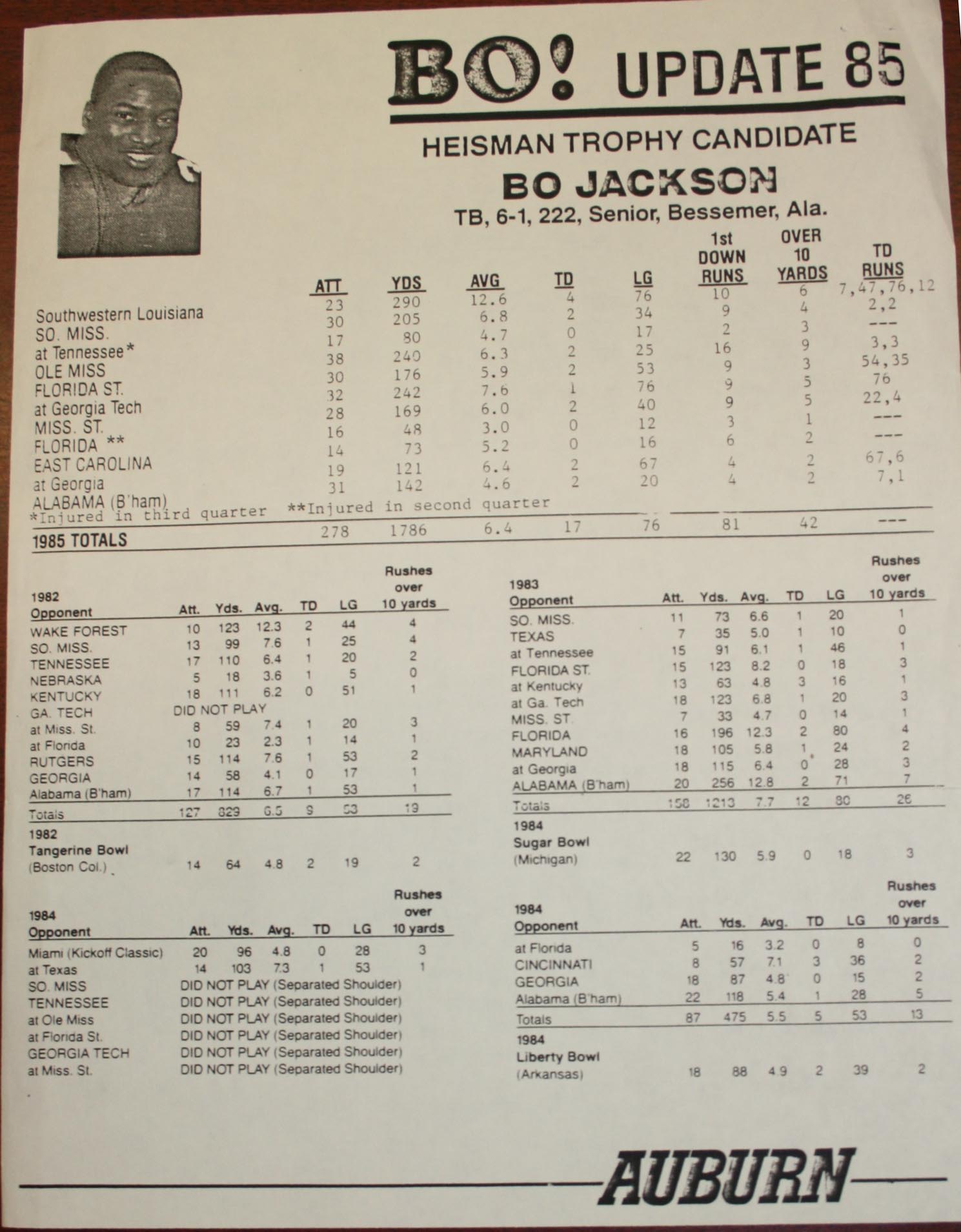 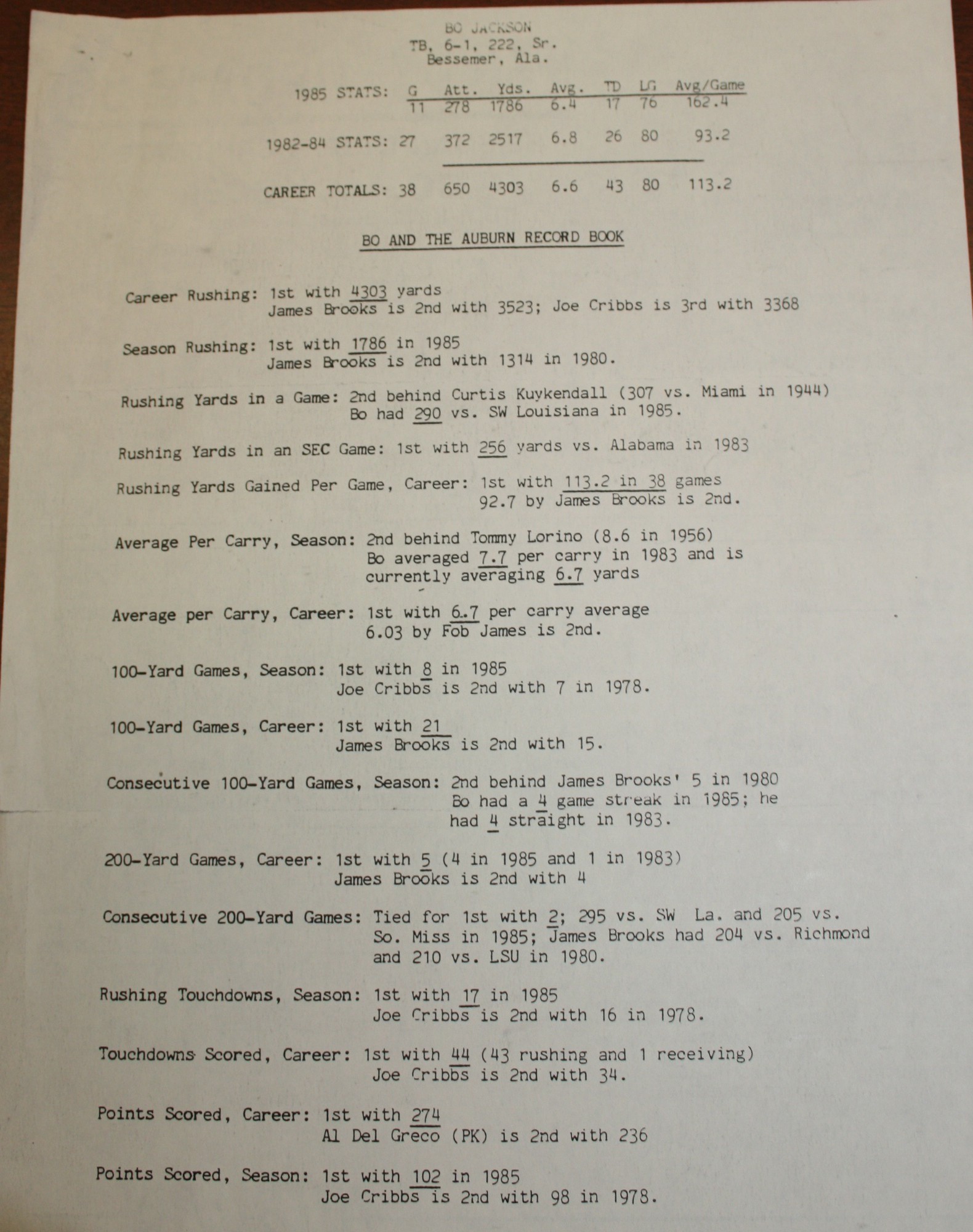 (Pat Dye told me Ray Perkins was a “dumbass”, and I believe him, but you’ve got to love that quote: “Bo Jackson is the greatest running back in the world, college or pro.”)