Tonight, fans are kicking back with their laptops and reading almost real-time reports of Gene Chizik’s speech about Curtis Luper and Gus Malzahn’s $20,000 flight out to Brenham, Texas to recruit our third Heisman Trophy winner this time last year, and downloading photos of the dessert served to the digital cameras of the distinguished guests gathered at the banquet in his honor.

Our first time was a different time.

People weren’t iPhoning photos of Cartoon Carl smoking a stogie or of Sullivan posing a hand-off not to Terry Terrific but to someone we know not who in 1971, they weren’t retweeting overheard jokes between Shug and John Wayne (who was there… somewhere). One of the only persons there with a camera, in fact, was former OA-News photographer Brad Ashmore. It’s from his stockpile of scratched 1970s negatives, donated to the TWERchives several years back, that we pulled these photos of the night 39 years ago that a guy named Pat Sullivan enjoyed a drink from football’s fanciest cup. And we’d like to think it’s kind of neat that as folks take a break from clicking through twitpics of twitpics of HD video of Cam Newton living it up in The Big Apple, that even in the age of The Blessed Individual there’s still enough voyeuristic rah rah for the good old days for people to still care to click through some now imminently tweetable, never-before-seen scenes not of that Bo guy, but of Super Sully, Auburn’s first Heisman winner… Auburn’s once greatest quarterback. 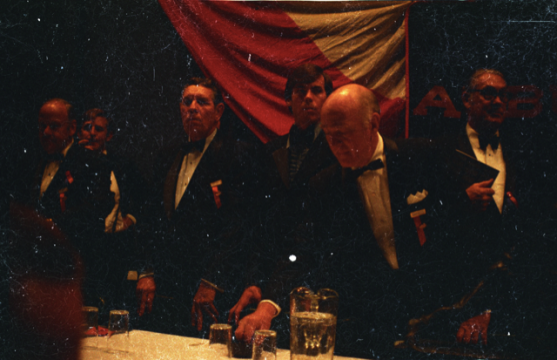 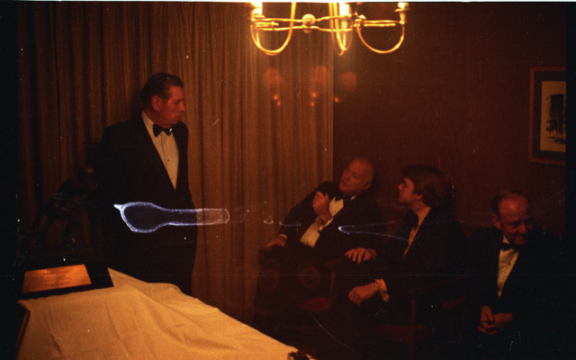 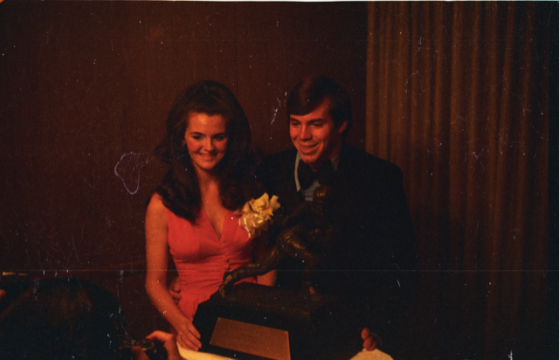 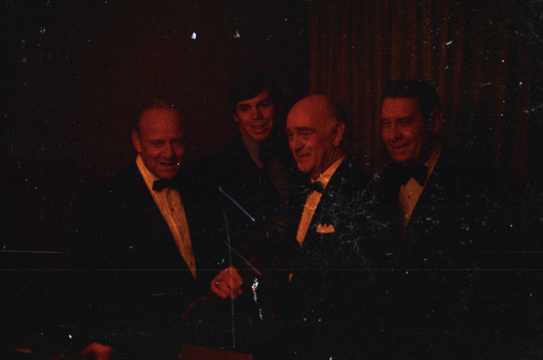 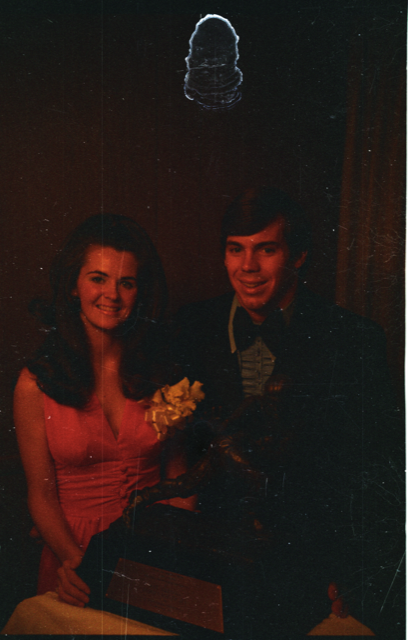 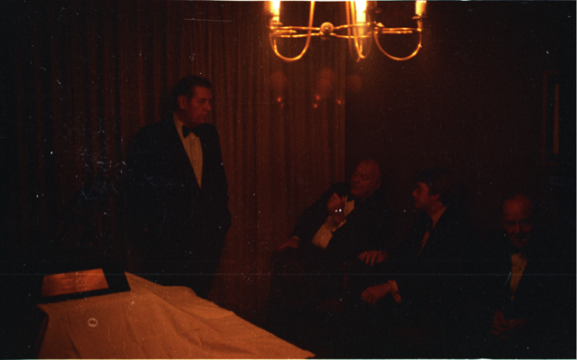 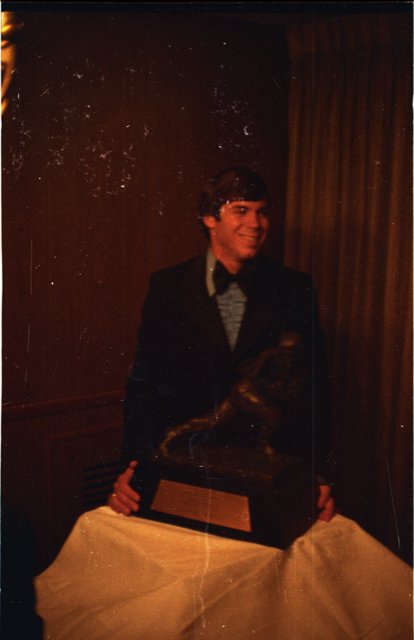 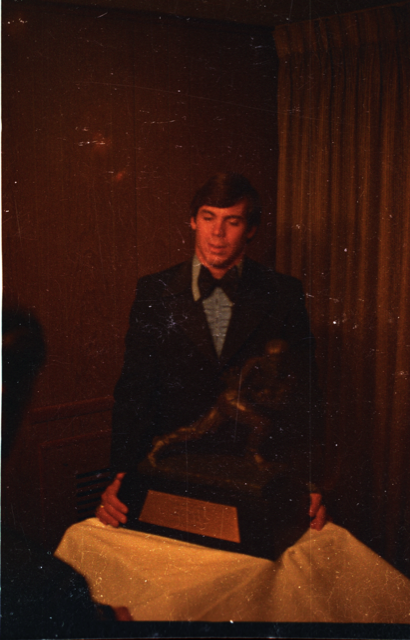 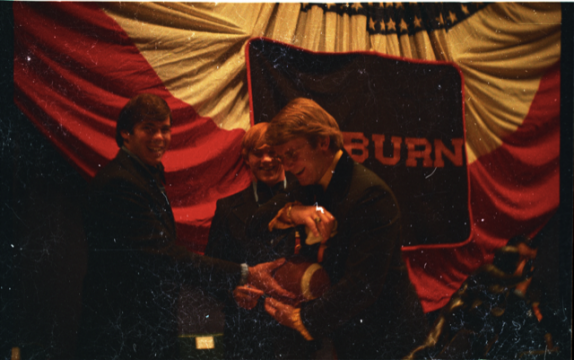 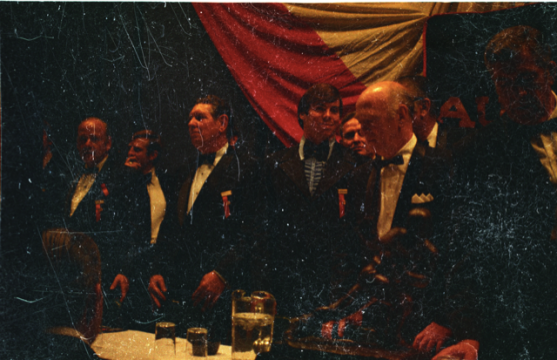 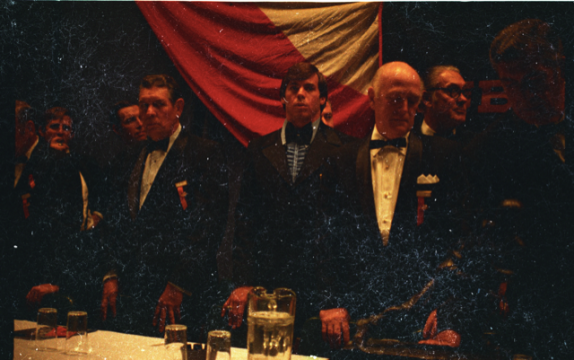 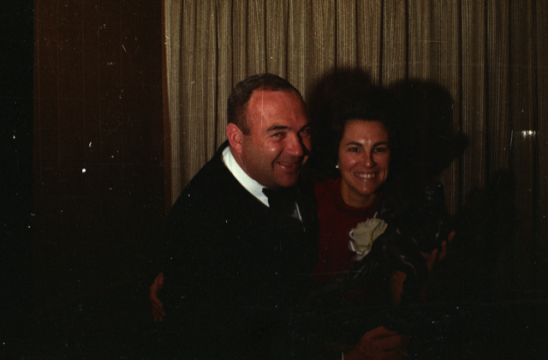 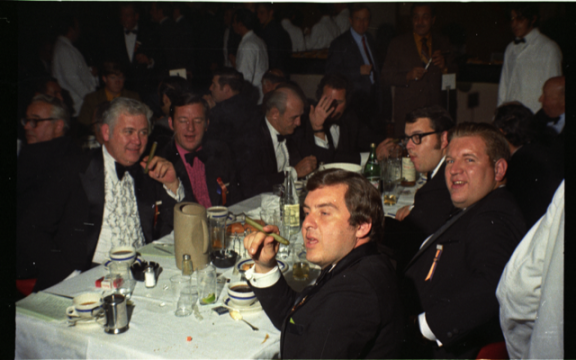 Help us out with names: so far we see Pat, his wife Jean, Terry, Shug, Dr. Philpott, Gene Lorendo (we think), and Cartoon Carl.

* If Gus had left for Vandy, where would we have turned?
* Auburn shirt in Cannonball Run
* The University of Alabama White Bears?
* Frank Sinatra Bo Jackson has a cold
* Toomer’s Corner after Punt, Bama, Punt