After a season of turning to the giants of poetry for inspiration, Tuesday’s ruling on Cam Newton’s eligibility has a giddy Amorak looking for a something he can dance to, so he borrowed from a classic little number by They Might Be Giants. 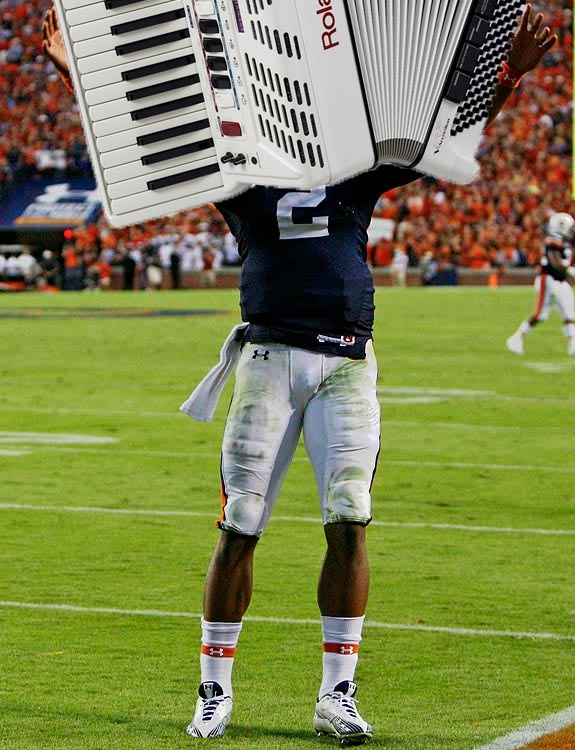 Is he a runner or is he a thrower?
When he has the ball, do D-coordinators cower?
Can he be tackled, Quarterback Cam?
Or do tacklers get Cammed all o’er?

Eligible Cam, Tiger Cam,
Pride of the program Cam:
Not even sacrilege to compare him to Bo. Man!
Quarterback Cam!