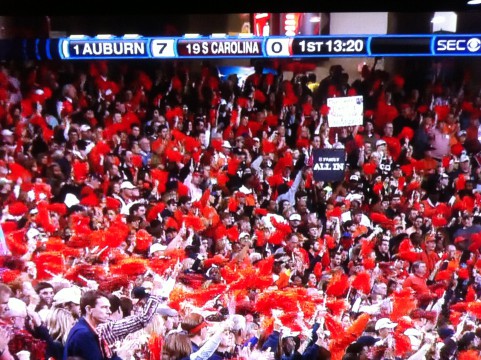 Steve Spurrier coached the Florida Gators from 1990 to 2001. In those 12 years, Spurrier won 347 games, including 14 SEC crowns and 5 national championships*. His specialty? The first strike. Many times were the Old Ball Coach’s opponents trampled underfoot on the opening drive, as the Gators’ first or second play would be the long throw for the whole enchilada. And if the first play fell short, hell, he’d throw it down there again. Spurrier understood better than anybody that momentum is all-important in college football, so why not win the game on the first series?

To execute this strategy to the ideal, you have to have an assassin squad of an offense, and you need to get the ball first. Auburn won the coin toss to begin the Iron Bowl, and Coach Gene Chizik made the standard choice to defer the decision to the second half. He took heat, perhaps deservedly so, from some for not getting Cam Newton on the field as soon as possible. Chizik didn’t make the same mistake this time. Auburn won the toss, Chizik called for the ball and handed the scalpel to Gus Malzahn.

Zero seconds — The South Carolina Gamecocks kick off. Onterio McCalebb catches the ball on the 4 yard line and scampers up to the 23. Verne Lundquist** drops some trivia, letting us know that McCalebb returned a ball 99 yards earlier this year without scoring.

6 seconds — Cam hands the ball off to Michael Dyer for a simple run around the end, which nets a little more than a yard. Ball down on the 24, butterflies digested, time for some Gusto.

36 seconds — Cam takes the snap for the centerpiece play of this drive, if not the entire game. (Leave that Hail Mary goodness to the ESPN goobs, cuz the real good stuff depends not on luck, young’uns.) Cam starts faking handoffs and passes like he’s dealing three-card monte. Gary Danielson cites two fakes, I say three, but at least two and a half. Then, after a nice little pause, Cam heaves a 48-yard surgical strike to Smooth, who catches the ball on the run and keeps going to the 14-yard line. I’ve watched this play about a hundred times now, and it mesmerizes me every time. (I hope to write another piece solely about this play, which will be entitled “Dr. Malzahn Performs a Misdirectomy.” It’s that good.)

60 seconds — Errr, a rare hiccup for Auburn’s offense on this play. They line up for the 21st century fumblerooski, with McCalebb hiding behind the line to take the ball while everyone else pretends to do something else. Auburn has run this play at least once before this season, and Spurrier’s coaches definitely saw the tape. Actually, about 10 of the Gamecocks bit on it but not the one that mattered. The defensive end at the spot McCalebb was supposed to hit simply stepped around the tackle, Buford Pusser style, and stood there and waited. He may as well have been holding a 2×4 in his hand. McCalebb pulled the cord at the sight of this, and opted to try and run straight up between Pugh’s butt cheeks as the aforementioned end stepped up and started clubbing Onterio like a baby seal with his forearm. Almost 2 yards gained, though.

90 seconds — Cam takes the snap and starts looking for receivers. Six seconds tick off. SIX! Count six Mississippi’s (Mississipi’s if you’re a Bama fan), and marvel at how long the offensive line kept the garnet shirts off Newton. Unreal. Verne says, “Boy, he’s got all day.” Cam is just hoppin’ and pumpin’ and then he spies Onterio.

No it didn’t, Verne, no it didn’t. After the extra point, the clock read 13:20, and the score was 7-0. The game was 100 seconds old, and it was already beautiful. Although the Gamecocks came back with a touchdown of their own to tie the game at 7-7, the momentum obviously stayed with the Tigers’ offense, and later their defense. But for a brief blip at the end of the second quarter, the possession of this momentum was never in doubt again. Auburn had given Spurrier a taste of his own medicine. And from the look on his face throughout the evening, it went down a little sour.

And as for that brief blip? The Gamecocks pulled within 7 points with a nice 80-yard drive to seemingly close out the first half. But they made one huge mistake — they left Dr. Malzahn and Auburn with 16 seconds … 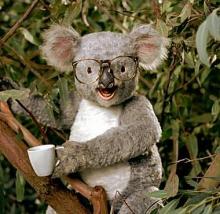 * I haven’t verified these numbers, but I watched and hated the man all 12 of those years, and I think they’re pretty close.