Once again, Auburn had to bring out the hoses after a Georgia game: the toilet-paper stuffed trees at Toomer’s Corner were set on fire Saturday night. 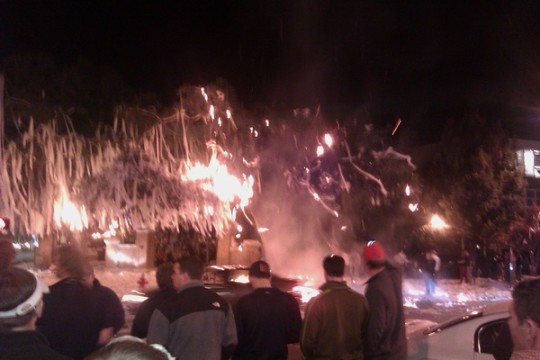 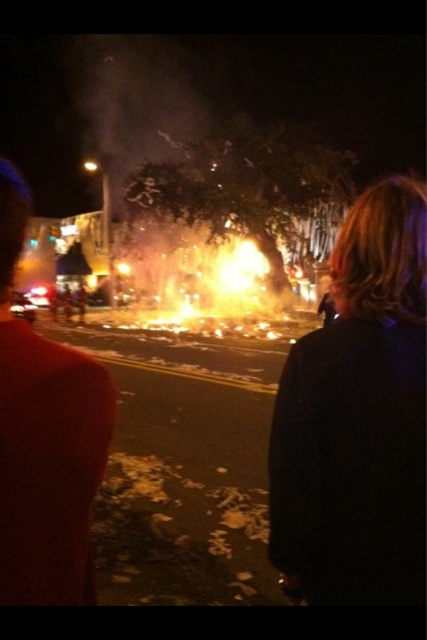 Not sure when it happened; I was up there a couple of hours after the game, and the fuel was shin-deep on the ground and as thick as it comes in the branches.

Of course, the prevailing theory is that the blaze was set by Georgia fans (unnamed sources describe them them as “drunk Georgia fans” – and possibly arrested) borrowing from the “If You Can’t Beat’em, Burn’em” playbook of Fear The Thumb-era Bama fans. Until the drunk Georgia fans can prove otherwise, that’s what we’re going with.

(But yeah, no more of this ‘like wrestling with your brother in the backyard’ crap.)

Thankfully, The Corner News reports minimal damage to the oaks this morning.

Any existing footage of the flames has yet to be uploaded, but something tells me it will look about the same as this scene from after the ’07 Iron Bowl: