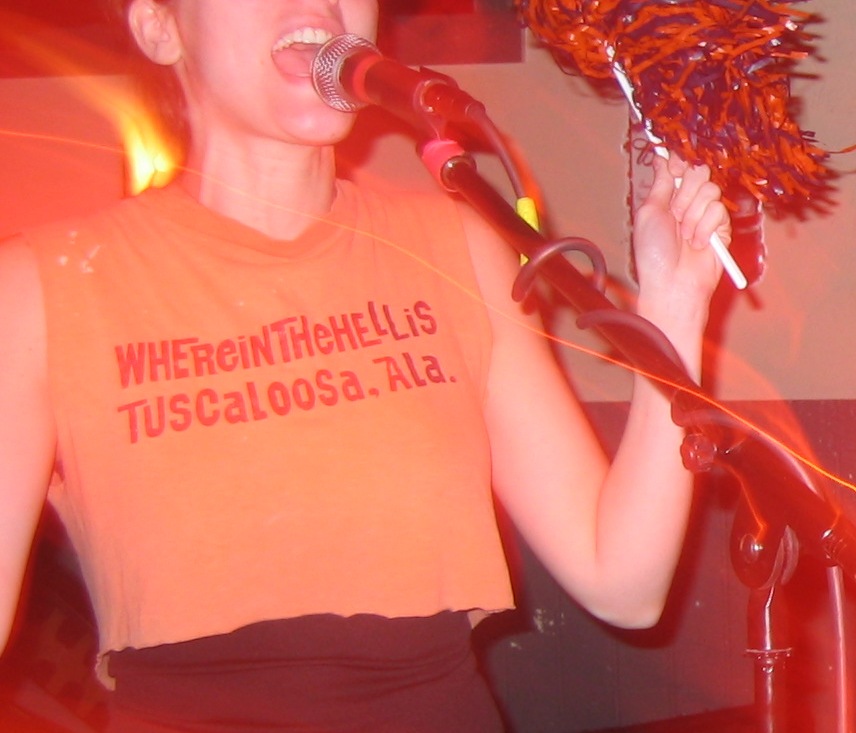 The Colonel:  “All that hate’s gonna burn you up, kid.”

It’s for pride.  It’s for bragging rights.  It’s for an undefeated regular season.  It’s the last step on the journey to Atlanta.   It’s a step closer to Cam’s Heisman, and a step closer to Glendale.  Mostly, though, it’s for beating the crap out of the Tide, and shutting up (however briefly) the most arrogant and annoying fan base in all of sports.

It’s the day each year when we take all those pent-up feelings of resentment and hostility and turn them loose on the bad guys from across the state—right there in the open, for the whole country and the whole world to see.

Here are ten things the Wishbone guys are thinking about as the Iron Bowl looms just ahead:

1. Gary Danielson of CBS suggested on Tuesday that Nick Saban will be willing to do what others have been reluctant to do: put his two corners in single coverage on Auburn’s receivers and bring the other nine into the box to shut down the run.

In the first place, we have to believe that Cam has developed his skills as a passer this season to the point that teams that disrespect his arm will be made to pay the price.  Secondly, we’re not convinced that nine Alabama defenders in the box will be enough to stop our running game, anyway—at least, not every play.

This chess match, though—the battle of minds and schemes between Nick Saban/Kirby Smart and Gus Malzahn—should prove to be supremely interesting, exciting, and entertaining.  And it may well be the fulcrum upon which the outcome of the game turns.

2. It’s not exactly a state secret that the worst enemy of the Auburn offense this season has been the Auburn offense itself.  Especially during the first half of the season, the Tigers would get things going in a big way, only to have the wheels come falling off, due to false starts and holding calls and the like.

Alabama’s strategy in the game will very likely include a key component of what LSU attempted to do:  limit the number of Auburn’s offensive possessions.  With a raucous crowd at Bryant-Denny, those two factors could combine to reduce by two or three the number of opportunities for Auburn to put together complete scoring drives.  This is a big part of the home field advantage that people see affecting the outcome of the game.

It is therefore of paramount importance for the Tigers to control the ball, avoid costly (and drive-killing) errors… and score when they have the opportunities to score.

The onside kick worked against them last year.  It worked against Georgia last time out.  Maybe it would not be out of place here, as well, in order to maximize ball control and scoring chances.

3.  Re-watching last year’s game this past weekend, two things in particular were glaringly apparent.  First, the tackling by Auburn’s defense was as good as (or better than) it has been at any time in the Chizik/Roof Era.  All those missed tackles we’ve gotten so used to seeing this season, where an Auburn player creates a chance to make a big tackle in the backfield or in the flat, only to go flying helplessly past the ball carrier?  That hardly ever happened in last year’s Iron Bowl.  We have no idea why that was so, but it was.

The other thing apparent from last year’s contest was the strange metamorphosis of the offensive game plan in the second half, and particularly in the fourth quarter.  Even as Auburn held a narrow lead and was trying to bring home the big upset, and with the defense playing out of its collective mind to hold Alabama in relative check, the offense went into a sort of drop-back passing shell.  Time after time, Malzahn eschewed the quick-hitters and clever misdirections and simply had Chris Todd drop back and stand there, surveying the (covered) receivers.  And time after time, he had to run for his life (and/)or be sacked.

Perhaps Alabama’s coaches or players had figured something out after halftime that allowed them to completely disrupt all of Gustav’s brilliant plays from the first half.  Or perhaps not.  In any case, this year we have to trust that our offense is still doing things late in the game that allow them to maintain possession and keep McElroy and Julio and company on the bench.

4.  Alabama is a four-point favorite. Why is this so?  First, home field advantage in the SEC is huge, and the crowd will be at super-intensity level from warm-ups on through the game.  Second, Alabama is a very good team, one that would beat almost any other team in the nation it played.  They are a complete team—solid in every area—with a defense similar to LSU’s and an offense like that of South Carolina or Georgia.  The difference between this year’s Tide squad and last year’s edition is the lack of those All-American type players who took them from solid or very good to great.  Mark Ingram hasn’t been as effective this year and the defense really misses Cody and McClain.  As a result, on offense they’ve shifted their focus to the pass.  Last year, Alabama ran the ball for 54% of its total yards.  This season they have run for only 42.5% of their yards.   What with Auburn’s infamous weakness in pass defense, we can expect McElroy to have a big game through the air.  Can we contain and limit him?  A lot of bettors seem to think not.

5.  If we were Bama, we would come in with two plans. The first would be to play good defense and try to establish long, ball-control drives.  Even if the run game isn’t working the way they might like, a flurry of four- and five-yard passes that stay in bounds, mixed with some runs, will move the ball and keep the clock running.  However, if the Tide defense cannot stop our offense and we are moving the ball well early in the game, Bama will have to trash this idea and start attacking on offense with McElroy throwing the ball downfield and all over the place.  (This is the role the Auburn offense plays in helping our defense in every game, through the pressure put on the other team’s offense to perform and keep pace.)

6.  The first key to the game for Auburn:  Get pressure on McElroy. And the good news is:  Alabama is bad at protecting him.  Bama is tenth in the SEC in sacks allowed with 2.5 per game – and that includes games against Georgia State, San Jose State and Duke.  Good defenses have gotten pressure on McElroy, with LSU defensive tackle Drake Nevis practically living in the backfield when the Tide visited Baton Rouge.  Nick Fairley and company must get pressure on him and disrupt the Bama offense.  It won’t happen every play, but it can happen often enough that Bama will have possessions end in punts and therefore not be able to keep up with Auburn’s offense in the scoring race.

Will the suspensions of Goggans and Blanc hurt Auburn?  It would nice to have them, but the defensive line will not suffer too much of a drop-off. The freshmen defensive linemen have played great when they have been in the game this season and we feel very comfortable sending out Lemonior, Whitaker and Carter more than usual in the first half.  Meanwhile, we expect Nick Fairley to put on a show.  It won’t quite be the “eleven sacks of Brodie Croyle” game, but we should nonetheless be treated to the sight of McElroy running for his life on numerous occasions.  And yes, Julio Jones will hurt us, but he is not as explosive as A.J. Green, and we survived him.

7.  The second key to the game:  Alabama’s defense is generally unable to get pressure in the opponent’s backfield, and that is a problem for them.  Bama is last in the SEC in quarterback sacks and tackles for losses (behind even Vandy!)    While you know they will play good, solid defense, they don’t have the kind of defensive line that Clemson, South Carolina or LSU had.  They cannot get into the backfield and disrupt plays on a regular basis, and that will give the Tigers offense time for plays to develop.

8.  Alabama cannot stop the Auburn offense. They may well be able to contain it at times, but the Auburn offense has gotten stronger and better as the season has gone along; it is much better and more effective now than it was in week three or four.  The passing game is much more advanced now.  And every week Malzahn has laid a few more cards on the table for defensive coordinators to deal with (and some of those are set-ups for plays he will use this week).  Note also that Auburn has purposely shown some things in games this season so that Bama will scout them, line up a certain way, and then be vulnerable to something else.  Count on it.

We expect the Tide to come out heavily focused on the run, so play-action passing could lead to big results in the first half.  The Auburn offensive line will open up holes, protect Cam, and stay with plays.  Cam is feeling much more confident passing the ball after the last two weeks. Don’t be fooled by the stats; South Carolina moved the ball up and down the field against the Tide defense and Arkansas racked up 300 yards of passing against them in the first half.  LSU rang them up for 245 yards on the ground (while going for only 155 against us).  Auburn will move the ball and Auburn will score points.  A lot of points.

9.  Bama will move the ball and score points and may even take the lead for a while… but at the end of the game, Auburn’s offense will prove too dominant and the Auburn defense will make enough plays to disrupt the Tide offense just enough.