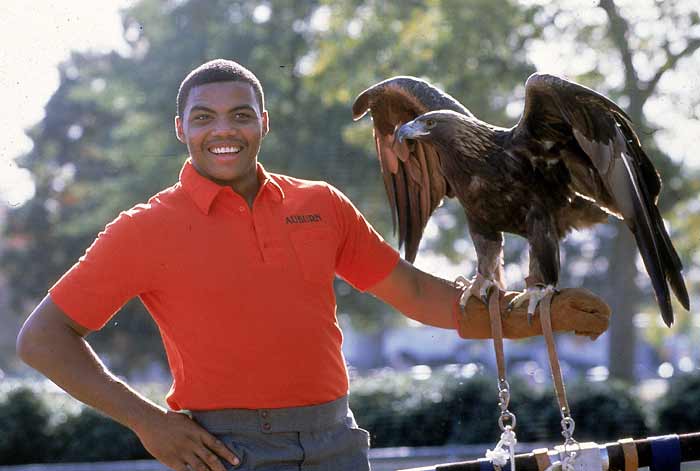 So as soon as I cooled down a bit, I forgave him his idiotic, angry blurting-out that Auburn had hired Gene Chizik over Turner Gill for race-related reasons. We were all angry in those days.

Well, maybe not all all, but the overwhelming majority of us. This is the one and only time I’m going to link to a Schmaul Schmineschmaum column, I swear, but this one is worth reading for the reminder of how universal the condemnation of the Chizik hire was. When even Phillip Marshall is saying it’s the “wrong place, wrong time” for your hire, you officially have an image problem. (And as I always point out when we’re discussing the Chizik reaction, your humble Auburn Blogger was far from innocent.)

That Chizik and his hand-selected staff sit at 7-0 and a handful of games from the BCS championship game–no, seriously–no, seriously–makes this another good time for all of us who doubted him to eat some crow, but of course we’ve had several of those opportunities by now, from the hiring of the staff to the 5-0 open to last season to the epic effort against Alabama to Signing Day 2010. But for Chuck, this is a more apropos moment than any of those.

Why? Because the candidate he clearly preferred has proven himself not only inferior to Chizik–a lot of coaches have proven themselves Chizik’s inferior the past two seasons–but an outright disaster. Poor Turner Gill is coaching what might be the worst BCS team in the country. His Jayhawks have lost their last two games to Baylor and Kansas St. (Baylor and Kansas St.!) by a combined 100 points. He is in plausible (if not serious) danger of being fired* after just one season. His draconian player conduct policies make Chizik’s look like Pete Carroll’s, and may be part of the reason his team has collapsed in the face of adversity.

In short: he’s a nice guy, but hiring Turner Gill would have been a program-destroying bomb dropped on Auburn football. He was a tracer bullet Auburn only barely dodged. And as a reward for his shrewdness in escaping that bullet and hiring someone else, Jay Jacobs was booed at the airport. For his being 100 times the coach Gill is, Chizik was called the worst possible hire Auburn could have made. For making the absolute correct choice of head coach to lead our football program, Charles Barkley called the Auburn University administration a hive of racists.

He apologized not long afterward for running his mouth and being insensitive. But he has not, to my knowledge, apologized for just being flat wrong. Turner Gill was the wrong choice, a potentially disastrous choice. Gene Chizik has been proven to have been not just the right choice but a brilliant choice. At one point or another, all of us who criticized Jacobs and Chizik for their decisions have apologized, I think. I have. I was wrong, terribly so.

You were too, Chuck. Now it’s your turn.

*This is me at the new gig, by the way. And while I’m discussing it, let me take the opportunity to thank all of you (again) for your phenomenally kind words and support in what’s been an incredible and incredibly anxious few weeks. I said–and I hope this post is partial proof–that if I’m not around as much as I have been, I’m still going to be around on a semi-regular basis. Auburn football itself is a major part of that, but the biggest reason for it is you guys. There’s too much here to leave it all behind. Thanks again.