Holy hell, that was fun. Cam catches a pass for a TD and throws for a bunch of yards but never has to strain himself; Dyer finally gets going the way we’ve known he could get going; the defense does enough that there’s no real complaints; another 300 yards on the ground; Houston Nutt gets half a hundred hung on him. After Dyer’s 30-yard run, we got to let our blood pressure fall for just about the entire rest of the game. (There was maybe a flutter after the onsides recovery, but only a flutter.) That was the dominant game we’ve been waiting for all season.

Maybe most satisfying was how energetic and how focused Auburn was. That post I wrote earlier today about how tired they had to be? Forget it. They are not tired. They look like they’re only gaining strength. That we got that dominant game now–when there were so many reasons to expect a letdown–speaks volumes about how dialed in and well-managed this team is.

Auburn fans keep getting asked: what does Gene Chizik do? What he does is have his team completely ready to blow out Ole Miss on the road in Week 9 of an undefeated season when his team is ranked No. 1 and his quarterback is the Heisman front-runner. You ask me, that’s pretty freaking impressive.

and the touchdown catch:

… waiting on footage of side judge asking for wristband. — JDH

Pregame 4:00 p.m. CDT: No Daren Bates today, probably no T’Sharvan Bell. Not a surprise in either case. — GJH

Pregame 3:30 p.m. CDT: Chris Shelling Jr. — with a steady hand and a roving, roaming camera that shoots straight and true — checks in from Ole Miss: 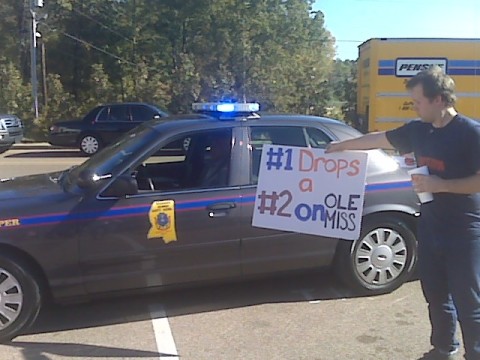 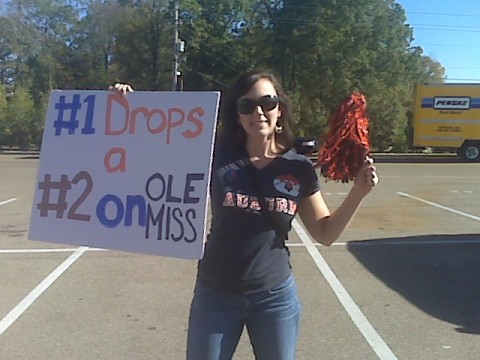 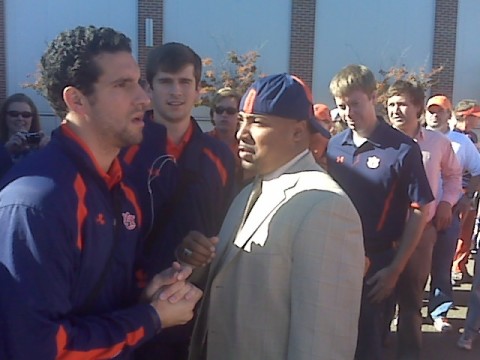 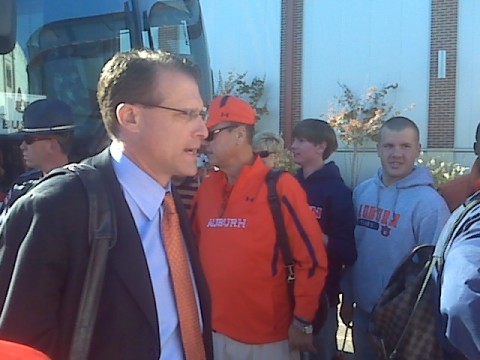 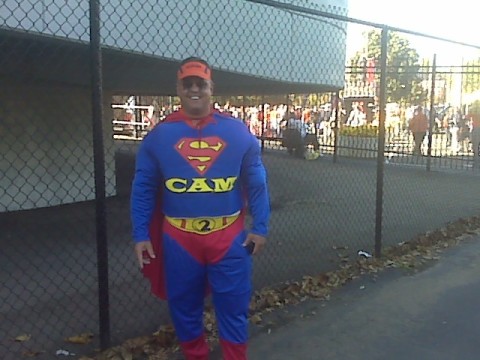 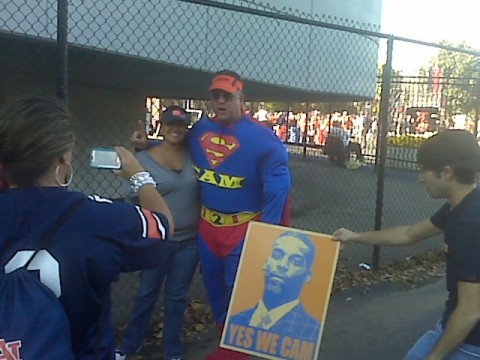 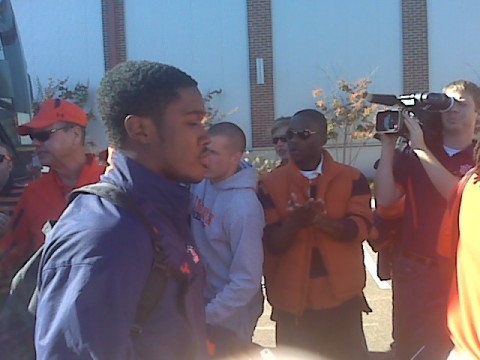 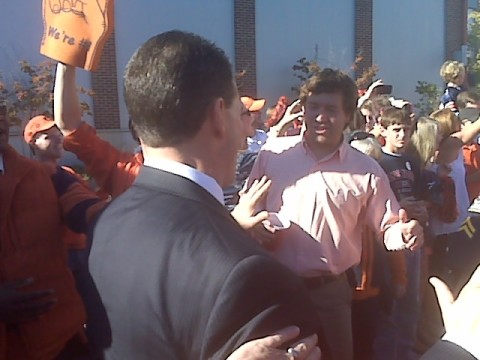 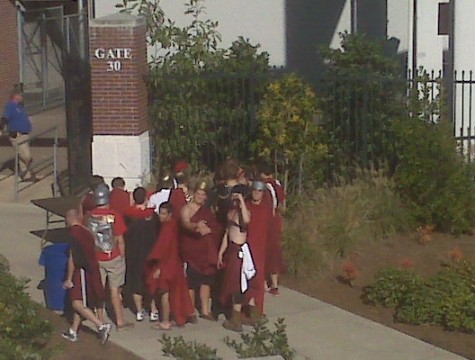 Pregame 2:20 p.m. CDT: Hey guys, Jerry here. I finally got around to writing a pregame post for Ole Miss; you can read it here. Better late than never, I guess.

The beat writers are at the stadium. Nothing to report yet. Bu I’ll go on the record as saying I’m glad Auburn is getting to wear blue, since they’ve been a bit better in those unis than the whites so far this season. — GJH

Pregame 1:52 p.m. CDT: Predict-O-Nomics is up — late again, but through no real fault of Mac’s. And even if it was, it’s not like he hasn’t already written two other columns and taken a trip to Vegas this week. The Model has us winning 39-23, by the way.

If you’re interested, my latest attempt at blogging is up at al.com, and even more unnatural than before. They asked me how it felt for Auburn to be No. 1 in the BCS.

I answered, in part: It’s a calm, confident relief… a peaceful easy feeling on the verge of happy tears.

(I’m thinking of posting my first contribution here at TWER — the immediately post-Arkansas Bo vs. Cam theme gets more poignant with every new interview Bo grants to anyone but me / Auburn Magazine).

So… something we haven’t talked about is the spell Ole Miss might be trying to cast tonight with it’s stadium atmosphere. They ask their fans to wear blue, but ask us to wear our home jerseys… so they can wear white.

Then there’s this whole “Yell-O” business:

And finally comes news of some 3-D jumbotron experiment they’re trying at half-time… as if two quarters of Cannonball Cam isn’t going to be up close and personal enough.

Cause for alarm? Cause for embarrassment? Cause they’ve got nothing else to be excited about?

Pregame 12:40 p.m. CDT: His method acting immersion into Bama culture for Talladega Nights has Auburn tainted in the mind of Will Ferrell, who picked Ole Miss to win on the set of GameDay by quipping: “Last time I spelled Auburn, there was no D.”

Hard to believe it’s been a year. And even harder to believe that Etheridge is actually back and playing like he’s playing. That first tackle is going to be…

And now it’s time for more fun with Oregon’s play cards… ’cause apparently they really can be fun, especially for the kids, as demonstrated by Mira Plexico, daughter of the one and only. 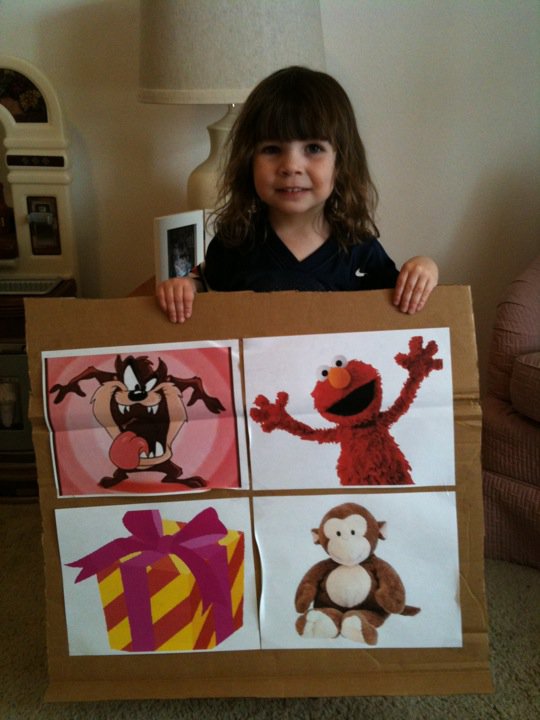 I’m also fond of this Auburn-specific “imPoster” from EDSBS: 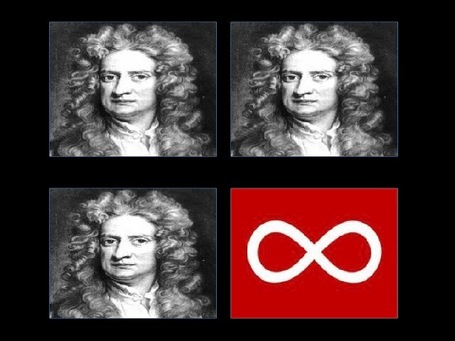 Pregame 11:33 a.m. CDT: This is Jeremy… and this is my first GameDay Post, first to start, at least. It’s exhilarating. It feels like fall outside, it feels like fall in my heart. Gentlemen, ladies, computers of the BCS – we have ourselves a football team.

For just how that football team will match up tonight against Ole Miss, Justin’s preview is required reading (and includes not a single Akbar reference!) — dude skipped a test just to scout film of Ole Miss vs. Arkansas. Well, I don’t know if he actually skipped a test, but the point is he probably would have. I shared a Bible verse with him upon news that he would be the one to attempt to fill the shoes; I think it is safe to say that he has taken it to heart.

By the way, his controversial, NSFW pre-season “Damn it feels good…” opus was one of many victims of the gestAUpo’s great Cam Cleansing — if Newton starts quoting actual scripture in his teleconferences, I’m sure AU Inc. will send Zondervan a cease and desist — but has been resurrected at Vimeo like so many innocents before it.)

(For a more PG, heart-warming video, check out a preview for the next episode of Auburn Football: Every Day… “All I do is read… every time I step up in the building, everybody’s books go up.”)

Oh… and speaking of required reading: is this the best Leaves of Turf yet? It almost certainly has the best line: Syllables of Lutzenkirchen.