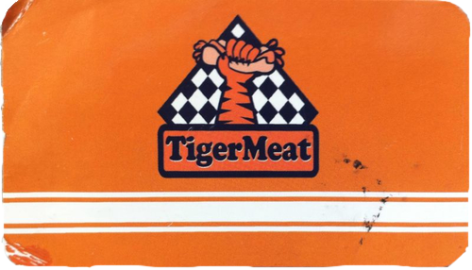 Howdy, War Blog Eagle readers. No, I’m not Jerry. He’s otherwise occupied this week, in case you missed that little bundle of news. But, hey, the title of this feature includes the word “knee-jerk,” so I figure that somewhat excuses me in case any of my observations are lacking in the kind of insight and awareness you’re used to finding here.

Plus, Auburn’s game yesterday couldn’t mean much less. Thank goodness, because as Justin pointed out Friday, if things had gone poorly, this could have been a defining game for our beloved Tigers. Fortunately, nothing bad happened. The game went just the way a game should go when a team ranked in the top 10 in the country faces a team that’s barely in the top 10 in the Sun Belt Conference (which has nine teams). Or, I guess, pretty much the way a game goes when Alabama plays, you know, Florida.

If you’ll forgive me a small tangent, I think, from an Auburn point of view, the best possible outcome of last night’s Tide-Gators tilt was an Alabama blowout victory, even though it wasn’t much fun to watch. In fact, Auburn probably wants Alabama to rout every opponent between now and the Iron Bowl. The less Alabama feels tested, the better, I’d suggest. Auburn should want Alabama feeling downright invincible coming into that game. The problem is that Alabama might actually be invincible, unfortunately.

While I’m looking around the SEC, I just have to say: Really, Tennessee? Really? Good grief. Somewhere, there’s a portrait of Les Miles losing close game after close game. That last sequence had to be some of the worst clock management of all time (even for Miles), and the Vols hand them a second chance by using 13 players on a play they could have stopped without having anyone on the field at all. I repeat: good grief.

All right. Suppose I should get to the Auburn game. As you can see, I’m having a hard time staying focused. There was so much that was awesome and wonderful about this game, but let’s be honest: Nothing that happened Saturday offers much in the way of long-term predictive value. Auburn needed to win and do so convincingly. Check. Cam Newton needed to work on his actual passing. Check. The backups needed to get some reps in game action, and the starters needed a less-taxing week. Again, check and check. The talent gap in this game was so immense that I’m hesitant to draw too many conclusions from anything we saw.

That said, this is a knee-jerk reaction, right? So, here are some of my various and sundry knee-jerk observations. They’re mostly related to Cam Newton, because let’s face it: I think we all know he’s going to be the key to just how far this team goes.

And Newton just continues to get better. That was some kind of seriously sweet play-action on the 94-yard touchdown to Emory Blake. First, he faked the handoff. Then he did this kind of half-duck, half-step toward the line of scrimmage that has to frighten the tar out of linebackers and safeties who’ve seen his rushing film. It’s little wonder Blake was all by himself down the middle of the field. And Newton just dropped the ball into his arms. A thing of beauty.

I loved that the game plan didn’t have Newton running at all. Absolutely no point in taking even the slightest chance of getting him hurt here. I told someone before the game that this offered an excellent opportunity for him to work on his passing. I don’t think we can ask much more than 73.6 percent passing and 12.9 yards per attempt.

For the most part, Newton threw the ball with confidence and zip. His touch on fades isn’t quite there yet, though. Plus, the interception was sloppy, to be sure, and should have been a touchdown pass (Terrell Zachary had his man beaten), but I’m willing to chalk it up to a slight lack of focus based on the game situation. (Too forgiving?) Overall, no matter how inferior the opponent might have been, this was a terrific performance. Newton seems to be growing right before our eyes into the leader of this team – and a player Auburn fans are going to remember for a long, long time.

I don’t have ESPNU, so I had to wait until the game was over and the replay was available on ESPN3 before I watched it. According to a note on the side of the screen when I fired it up on my laptop, “Auburn’s 17-pt 1st quarter is the most the Tigers have scored in the opening frame vs an FBS teams [sic] since scoring 21 on Alabama in Nov. 2005.” That fact makes me feel a little better about that third drive stalling inside the 5 and ending up as a field goal (because at least it represents an improvement), and a little worse about everything Auburn has done since 2005. (And a little worse about ESPN’s copy-editing staff.)

— The “bend but don’t break” defense still has a little more “bend” in it than I care for (the Warbirds’ first three drives all reached Auburn territority), but you can’t really argue with 3 points allowed, or especially with 38 rushing yards on 33 attempts. Or with holding Louisiana-Monroe to 6-for-15 on third down.
— It was great to see Lemonier out there making plays. He’s gonna be good.
— As J.M. observed yesterday, it was quite happy-making to see Fannin zipping around and holding onto the ball.
— Also happy-making? Two penalties for 15 yards. That one of those flags (however borderline the call) basically wiped out a potential scoring drive at the end of the first half is not nearly so cool.
— Louisiana-Monroe ran 78 plays to Auburn’s 57, and the “WarBirds” (™ Herm Edwards) held the ball for nearly 37 minutes. Again, I’ll draw no long-term conclusions here. Just pointing it out.
—  Nick Fairley is remarkable. But you knew that already.
—  Here’s a little detail that pleased me: Cody Parkey kicking off. They’ve burned his redshirt, so they might as well get him some work in live situations when they can. That’s the kind of thing that tells me this coaching staff is always thinking, always paying attention. Sweat the small stuff, you know.
— If we thought six different receivers catching passes last week was good, nine this week is even better.
— Barrett Trotter’s touchdown run was a treat, especially that Cam Newton impression he did to get into the end zone.
— Weird to watch Auburn play in daylight, wasn’t it?

The bottom line? I have to go back to what Jerry said last week: Stage 1 of this season is complete. Auburn is 5-0 and ranked in the top 10 in the country. The offense is posting terrific numbers. The defense is doing enough, at least, and seems to be getting better. No matter what causes for frustration we fans might have found in some of these early weeks, there’s really not anything more we could have asked for at this point in the season.

Now come the tests at Kentucky, vs. Arkansas, vs. LSU, at Mississippi. There’s not a single game on that list that Auburn can take for granted. But because Auburn did what it needed to do through the first five games, every single one of those games matters. A lot.

If you didn’t know, Amorak Huey writes Leaves Of Turf – The War Eagle Reader’s game-by-game, season-long series of football verse. His first poem can be found here, his second here, his third here, his fourth here, and his fifth here. They’re freaking fantastic.