Victory over the Mighty Warbirds! 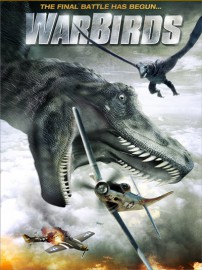 I really don’t have a lot more to add about that tyranno-dactyl rex style whoopin’.  It must have been a damn fine sight.

Bad news for this week’s pregame edition of Spread Sheets :  my laptop gave me the black screen of death.  Again.

Seems that the motherboard in my laptop has “some kind of voltage issue,” according to my friendly neighborhood computer tech.  Which I take to mean, the damn thing has put the toaster in the tub with the hard drive and pfft!  No more computer for Magruder!  This is the third hard drive to ride the lightning in the past year, and should I choose to replace it (which I probably won’t – cheaper to buy an iPad for my wife and press her laptop into immediate service) it would be the third motherboard to get too loose with the juice.  Granted, it was underpowered when I got it six years ago and it had a belly full of Dell-guts, so one could argue that this is less an act of masochism and more of inevitable sabotage from within.

But this ain’t no bloggity blog so hey, enough about my brand-new doorstop, what about the Spread Sheets goods?  Where the lines and colors at?  Well, for one, we can’t be all sophistifunk like last week, because the data and the reports – which I had made, formatted and yet not uploaded! – languish where I left the machine this morning.  Slightly less information density this time around.  But to its mild credit, my recidivist laptop truly could have picked worse times to go bug-zapper on its own delicate components.  For one, the OpenOffice spreadsheet I use to extract game data is safely backed up, as is all the data I’d rendered out from this season.  And while the reports I’d generated from last week’s games (specifically, all the progress lines) are trapped on a crispy hard drive at the repair shop… I did make and backup all the topo maps, as well as the overall season-to-date progress line for Auburn and for Kentucky, prior to voltaic hari-kiri #3.  So we have those to peer at if not much else.

And ultimately, if last game’s charts were to evaporate, it wouldn’t be such a big deal.  That’s because last week’s tilt against ULM doesn’t give us a whole lot of useful data.  Cupcake games don’t give us any kind of accurate picture of the starters because the starters play a single half, and the opponent isn’t enough of a challenge to want to drop the clutch.  The most accurate kind of assessment we can make is purely binary:  either we slap ’em back into the stone age like so many wing-ed tyrannosauri, or we don’t.  And you don’t need pretty pictures to tell you that we annihilated the warhawks.  Total domination, the likes of which we ought to expect from this Auburn squad.  But we like pictures, so here’s the total-game performance: 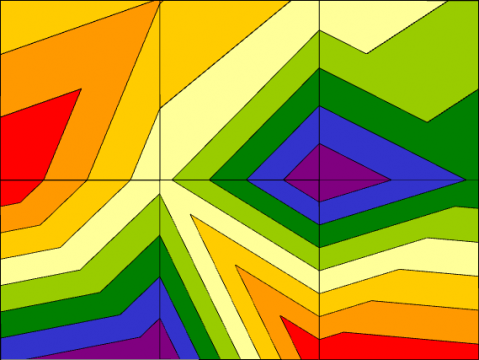 Easily one of the cooler graphs that’s popped out of my computer (though, again, it doesn’t tell us an awful lot.)  Followed by our Auburn Tigers on offense: 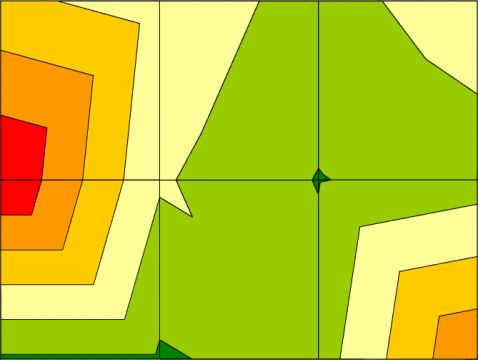 And the warhawks on offense: 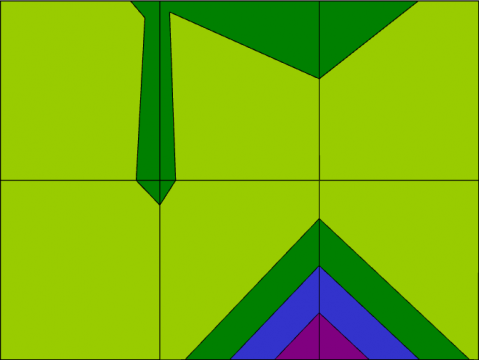 But what’s perhaps more interesting, going into this weekend, are the progress lines for Auburn, season-to-date, and for Kentucky.  Keep in mind that Kentucky has played one relatively-quality team (Florida,) two teams who are floundering (Louisville and Ole Miss,) and two teams who, soft and pillowy, are the kind of teams that catfish plop their bellies on when they lay their whiskered heads down for a snooze.  Charts follow: 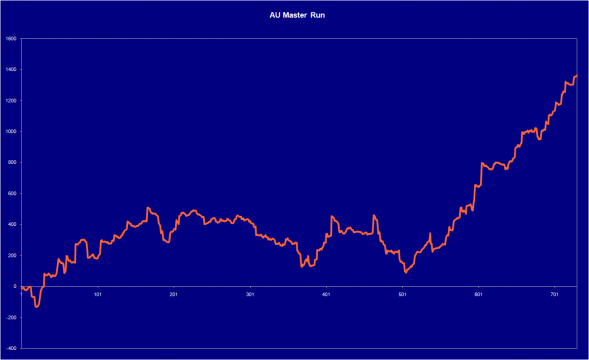 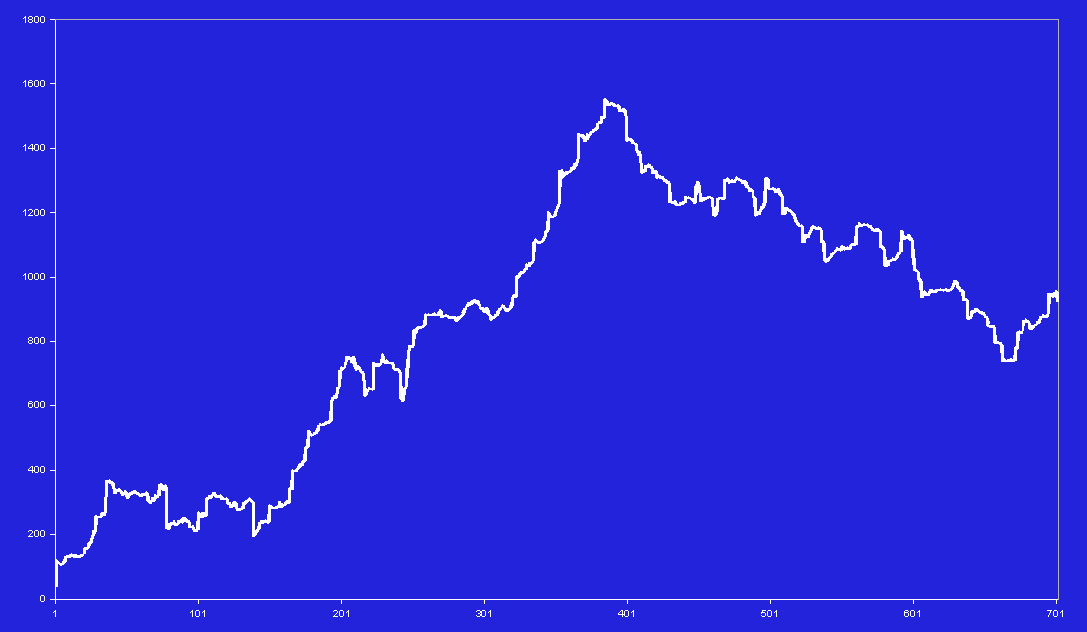 So while Kentucky, yes, had us in terms of total yards until last week, keep in mind they rose to those heights on the backs of the oppressed.  Had they Clemson, Mississippi State and South Carolina under their belts, things would look significantly different.  If nothing else, we can see how a Kentucky team facing a previously flummoxed-looking Gator backfield got pretty well lit up.  If Brantley can do nothing but throw and get 250 yards, and Burton can do nothing but run and get 5 TD’s, it’s hard to see how the ‘Cats are capable of stopping a quarterback who might do either on any given play.

Wish I had more to offer this week.  But by next week, the laptop shop’ll have pulled off my data, Ol’ Deller will be propping a door open, I’ll have fully-commandeered my wife’s laptop and we’ll be rockin’ in style.  War Damn Eagle!