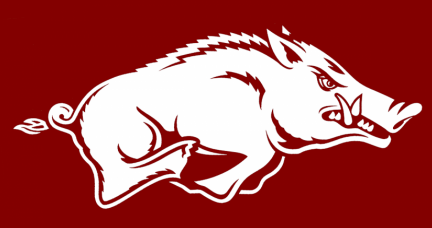 Obviously, of late things have been … tumultuous, let’s say, for your humble Auburn Blogger. But my Q&A exchange with the excellent fellows at Arkansas Expats, now in its 17th year (or so) feels like something of an annual tradition–to me, at least–and I wanted to make doubleplus sure we kept that alive despite my, ahem, distractions.

So John and I got together over e-mail once again, and here’s his responses to my queries about this year’s Hogs. My responses to his questions will be over at their place sometime later today. My Q’s are in bold, his A’s in quotes. Enjoy.

So, I’ll be honest, I was expecting to see a lot more than 24 points put up against a sieve like Texas A&M. What did A&M do to hold Mallett and Co. relatively in check? Is it something Auburn can replicate? Or was it just the occasional “whatever” kind of game we’ve seen from the offense under Petrino from time to time?

“We’re not sure if this is good news or bad news for you, but the thing that most effectively kept the Arkansas offense in check against Texas A&M was…wait for it…the Arkansas offense. The Hogs are the most penalized team in the SEC, and it seemed like every time they got a break or made a good play against the Aggies the positive momentum was immediately undone by a false start or some other avoidable error.

“Looking more broadly at the Razorbacks’ offense, they’ve been as great as expected in the first half (their opening drives against Georgia, Alabama and A&M were things of beauty) but for reasons that are beyond our ability to fully grasp, they’ve gotten progressively worse as the games have gone on. They most notably didn’t score any points in the 4th quarter against Bama (arrgh) [Tell me about it–ed.] or A&M, and that’s a trend we’ll have to reverse if we’re going to beat Auburn or any other good team this year.”

At the same time, holding Jerrod Johnson and pals to just 17 points isn’t half bad, and aside from that one iffy quarter against Georgia, the Hog defense looks legitimately improved. What’s changed from last season? Who’s stepping up over there? Do you think the Hogs can maintain this improvement through to season’s end?

“We’re pleased to say that the defense actually seems to be for real this year. Having said that, we’re not exactly confident they’ll be able to lock down Cameron Newton or stop all of Gus Malzahn’s mad schemes, but the D has gone from being a weak spot to a source of strength…it basically won the game for us last week against A&M.

“The coaching staff and players are largely unchanged from last year, so the main source for improvement seems to be that the proverbial light bulb has gone off over their heads. The players seem to fully understand what they need to do and are moving faster and tackling harder as a result. The statistical results may vary from game-to-game (we’re expecting the Tigers to put up some points on Saturday), but overall we think this is for real and will continue for the rest of the year.

A lot of talk after the Alabama game was that the Hogs had folded because they couldn’t run the ball, and certainly the absence of Dennis Johnson hasn’t helped. Do you think Arkansas can run the ball in Jordan-Hare? Maybe more importantly, do you think it matters whether they do or not?

“Hog fans are in something of a Twilight Zone state these days. After literally decades of fans complaining that the team was too run-oriented and pining away for a passing game, we are now in the uncharted territory of having a great aerial attack but little-to-no running ability. It’s weird to think that the team that gave us Darren McFadden, Felix Jones, Fred Talley, Cedric Cobbs, Madre Hill and many others is now struggling to break 100 yards in overall rushing each game, but that seems to be the case.

“Of course, it’s easy to not miss the running game too much when your QB is capable of throwing for 400 yards and 5 TDs without breaking a sweat, but the fact is that the lack of a ground attack is probably directly tied to the meager 4th quarter production that we were complaining about a few answers earlier. And yes, the fact that we lost Dennis Johnson, our best RB and a proven big-game performer, for the rest of the year to a gruesome-sounding bowel injury doesn’t help.

“As for this weekend, we don’t expect the Hogs to rack up major yards on the ground in Jordan-Hare. Knile Davis showed some signs of possibly breaking through against A&M, so we’ll hold out hope…it certainly does matter, both for this game and for the rest of the season.”

“Gleeful parts: Rumor is that your secondary is a weak area. This is something we presume Petrino and Mallett are aware of.”

So, Auburn is taking on an extremely dangerous Arkansas team as an undefeated favorite apparently en route to a huge season, a situation that has thus far resulted in, like, 321 consecutive Auburn losses. (That’s a rough estimate.) How confident are you of a win this weekend: super-confident, extremely confident, or “dude, why even play the game?” confident? I’m betting the latter.

“Your mistake here is thinking like an Auburn fan. To answer this question, you must think like a Razorback fan, which in our case (and the case of most others we know) means always hoping for the best but definitely fearing the worst. If there’s a way for Hogs to break our hearts, they eventually will find it. Often that means winning enough big games to fool you into raising your expectations really high before they nail you with a super-heartbreaking defeat (see: Alabama, 2010), but whatever the case is we would never approach a game of this particular magnitude with anything resembling overconfidence.”

Lastly, give us your true personal feelings about Ryan Mallett–obviously the guy’s a ridonkulous talent, but it seems like every time he’s been on the verge of something really incredible–like say, the Alabama game, sorry to bring it up–there’s a complete head-scratcher of a throw or two, and everything unravels. Does the good totally make up for the bad in your book?

“We could never stay mad at Ryan Mallett for very long. It’s not a very controversial statement to say he’s the best QB who ever played at Arkansas, and any bad plays he makes are more than made up for by the good ones. The end of the Alabama game was disappointing for a lot of reasons (understatement alert!), but it’s worth noting that we never would have been in that position if he hadn’t been bombing the crap out of the Tide for most of the first 3 quarters.

“Rather than get down on him, we’re just waiting for that game when he puts it all together from start to finish…perfection may be a lot to ask of a college kid (or anyone) but he makes you believe it’s attainable.”

Major thanks to John and as always, the first place you need to go for Hog coverage is Arkansas Expats. As for this blog, more content coming later today. Promise.