Leaves of Turf is a game-by-game, season-long series of football verse by TWER poet lAUreate Amorak Huey. His first poem can be found here, his second here, his third here, his fourth here. 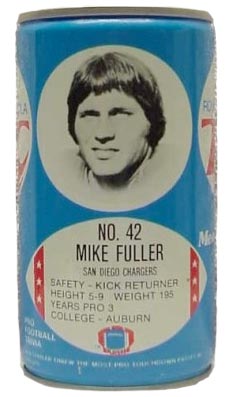 Ode on a Punt Return

Did you know some teams consider the punt return
A viable offensive weapon? Stop laughing in scorn,
It’s true. In fact, I’ve quite recently learned

It’s possible even to score on such a play.
Perhaps our coaches think it unsporting, or maybe they
Prefer to get our touchdowns the old-fashioned way –

With an enormous, fleet-footed quarterback on the run.
A thought: Maybe Newton should be the one
Returning punts. Who needs rest? Could it be done?

Look, I have nothing against Quindarius Carr.
He just doesn’t seem to run the ball all that far.
When “at least he didn’t fumble” is the bar

We’ve set, it seems we could aim a little higher.
Of course, the blocking hasn’t set the world afire.
Our special teams aren’t offering much to admire.

I hate to complain, and I know the team is 4-0,
But there’s a whole bunch of season left to go,
At some point we’re going to need, well, more.