Leaves of Turf is a game-by-game, season-long series of football verse by TWER poet lAUreate Amorak Huey. His first poem can be found here, his second here, his third here, his fourth here, his fifth here, his sixth here, his seventh here, his eight here. This week, he returns to The Bard for inspiration… for obvious reasons. See you at Toooooooomer’s. 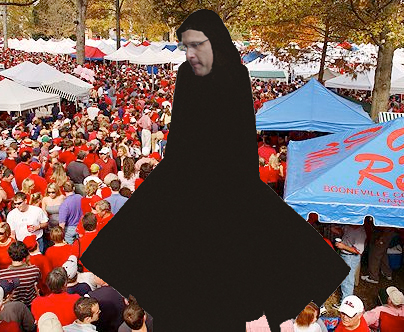 Double, double toil and trouble;
The offense rules, the secondary struggles.
In Malzahn’s cauldron boil and bake
Legs of McCalebb, spin of Blake,
Bulk of Ziemba, hands of Darvin,
Syllables of Lutzenkirchen.
O power of Fairley, drive of Bynes –
Just get the ball back one more time.
Every game it seems stakes are doubled,
As this season’s magic boils and bubbles.