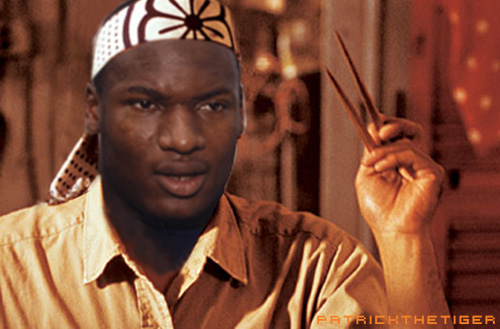 First in an ongoing series of wit and wisdom from Bo Knows Bo.

I used to entertain my teammates by catching flies with my bare hands – not fly balls, flies. If we saw a fly in the cafeteria, I’d reach out and grab it and take it outside and let it go. Once we were having a cookout and I spotted a whole bunch of flies on a wall, eight or ten of them, all of them within a foot of each other. I turned to our left fielder, Trey Gainous, and said, “I bet I could catch six of them at one time.”

I walked up to the wall and went swack! and with my fist clenched, said to Trey, “You think I got’em?”

I looked at Trey, and he shook his head. I opened the final finger, and the fly just sat there, the sixth fly.

And then Trey said, “You Bo-ginner luck.”