He did make songs about Shug Jordan, like “Win For Shug,” on the occasion of the stadium’s re-dedication as Jordan-Hare in 1975:

Shug’s first conference win as a football player – sadly, it took almost two seasons – came in Auburn’s first game ever against South Carolina. That was in 1930. We played in Columbus. South Carolina was in the Southern Conference then. We won, 25-7. Shug was a junior. He played center. He sucked on sugar cane.

Just listen to him:

So let’s wish Shug a happy, happy birthday… let’s snap a hat around his venerable jowls, lets’ roll out the cake of conquest, let’s hope the trick candles of our nostalgia indeed never go out.

Let’s win for Auburn. And let’s win one for Shug – 1930-style: three yards and a mouth of blood. Let’s beat the hell out of the Gamecocks and the damn palmetto moon stickers they rode in on. 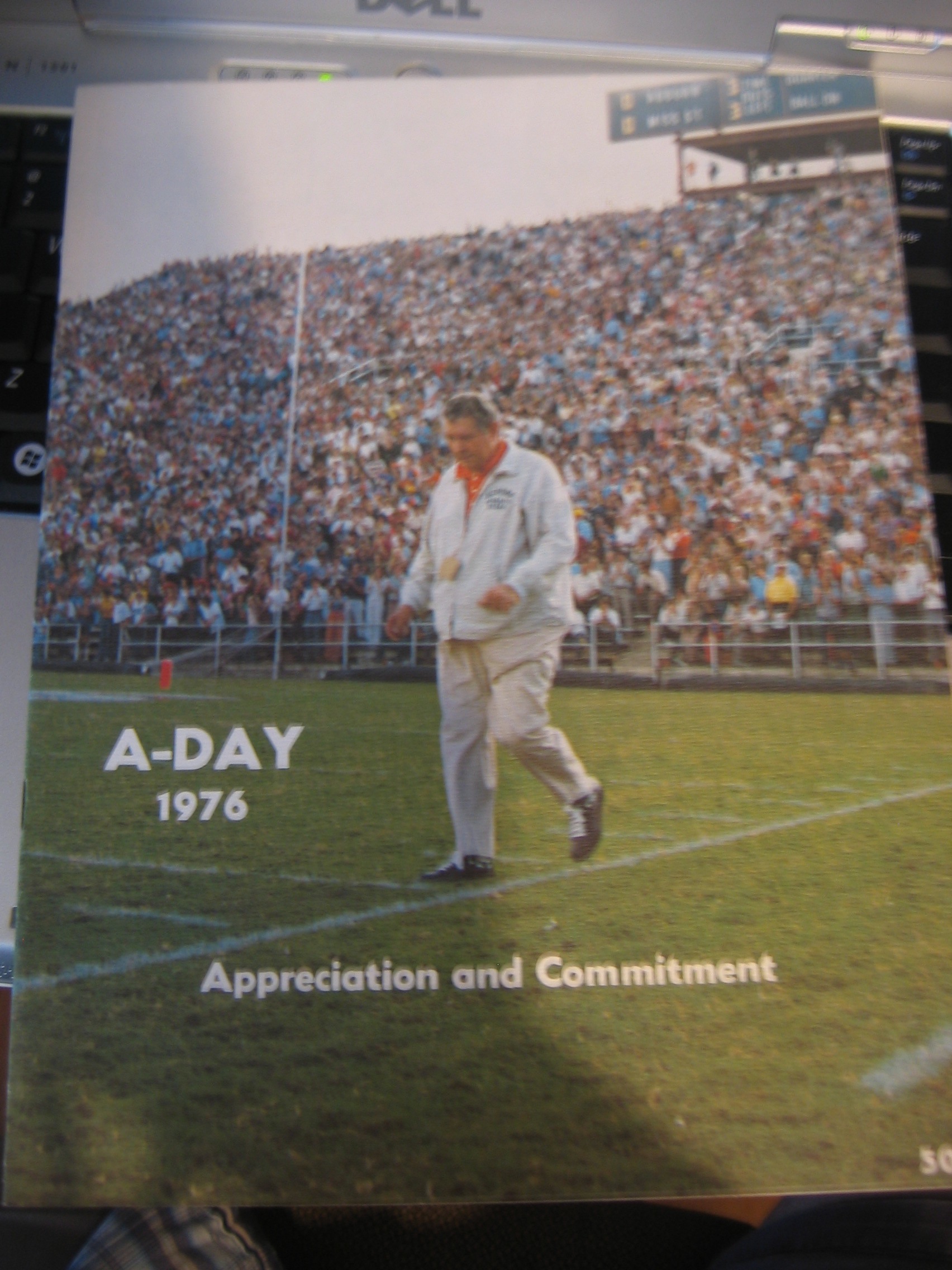 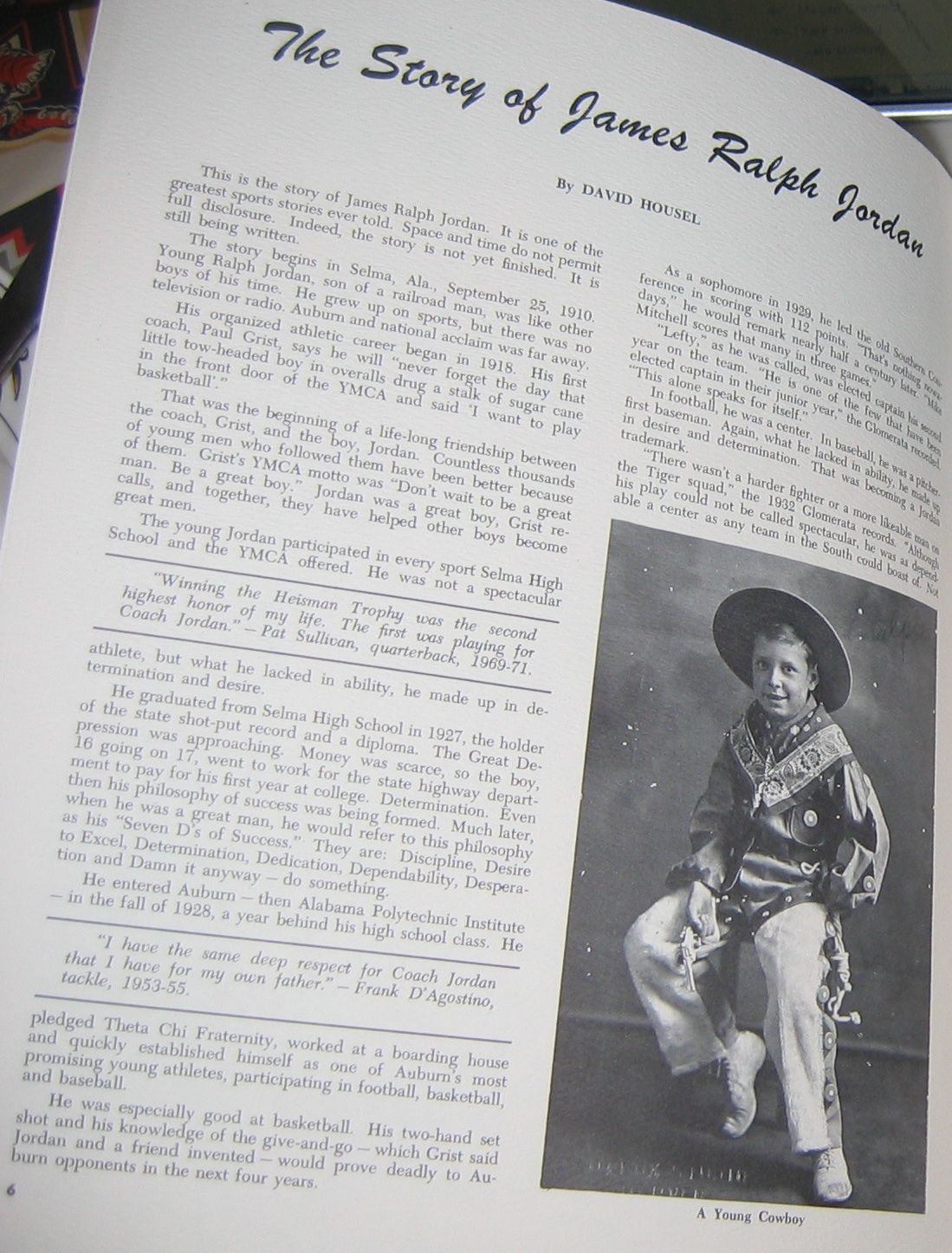 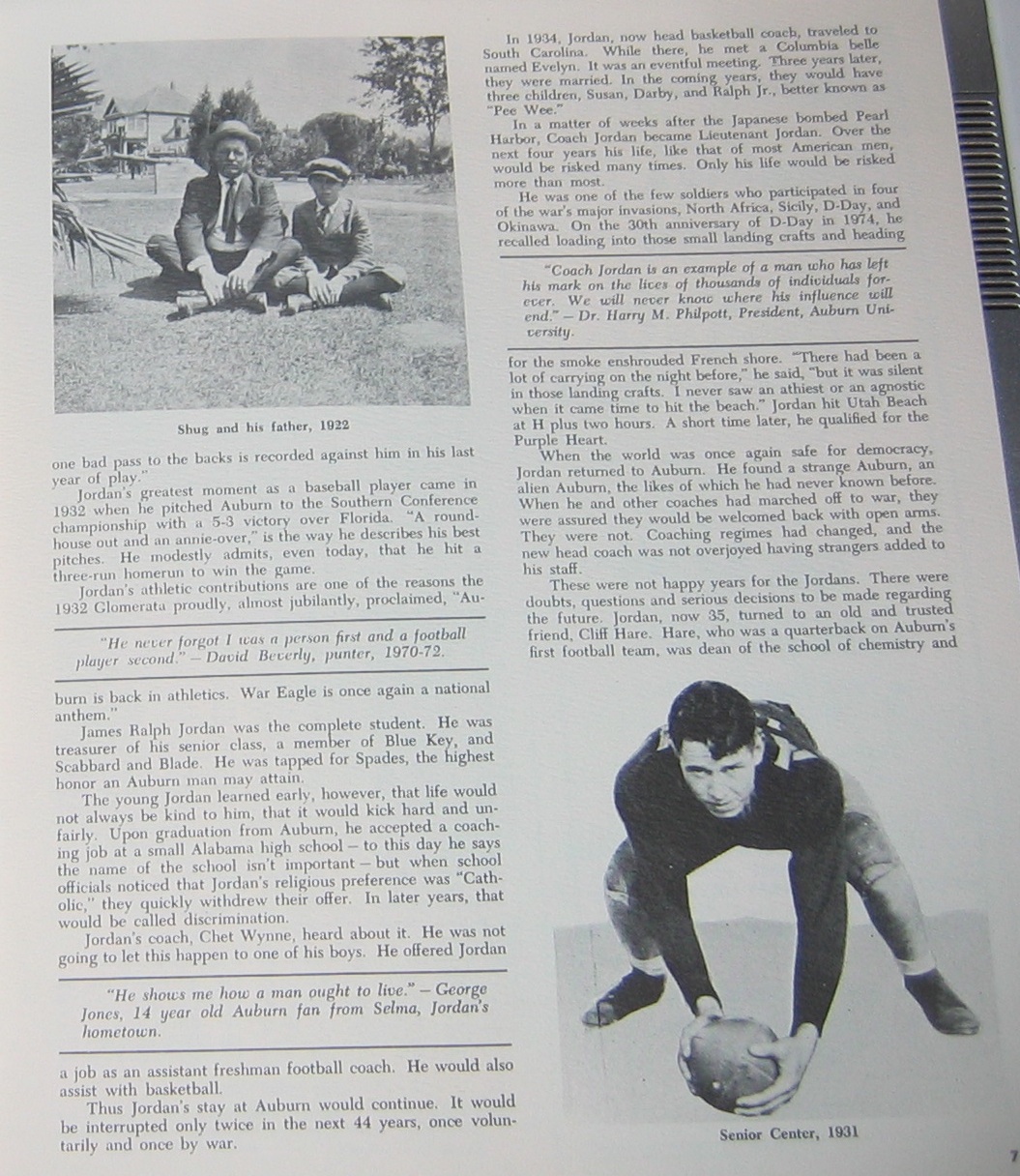 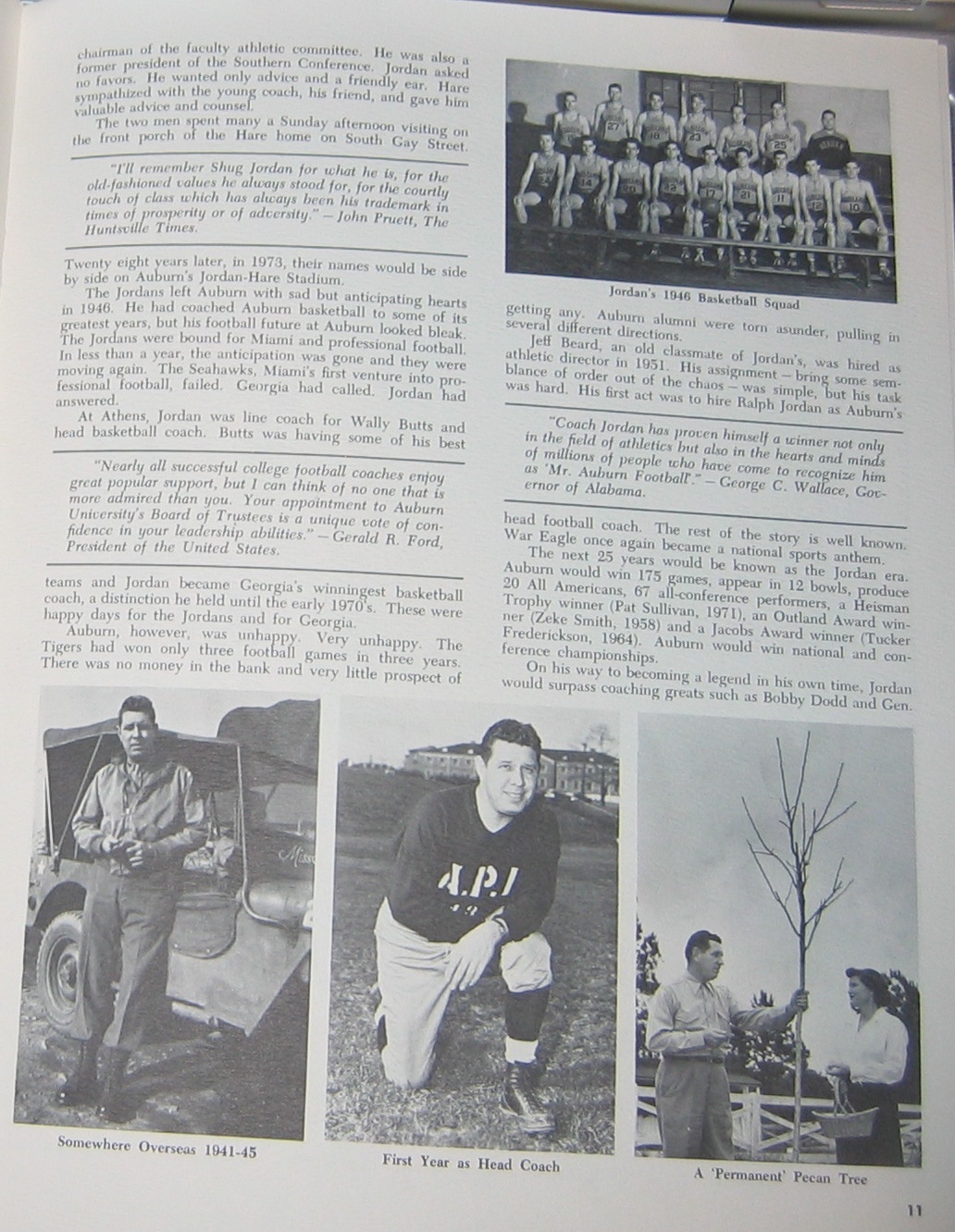 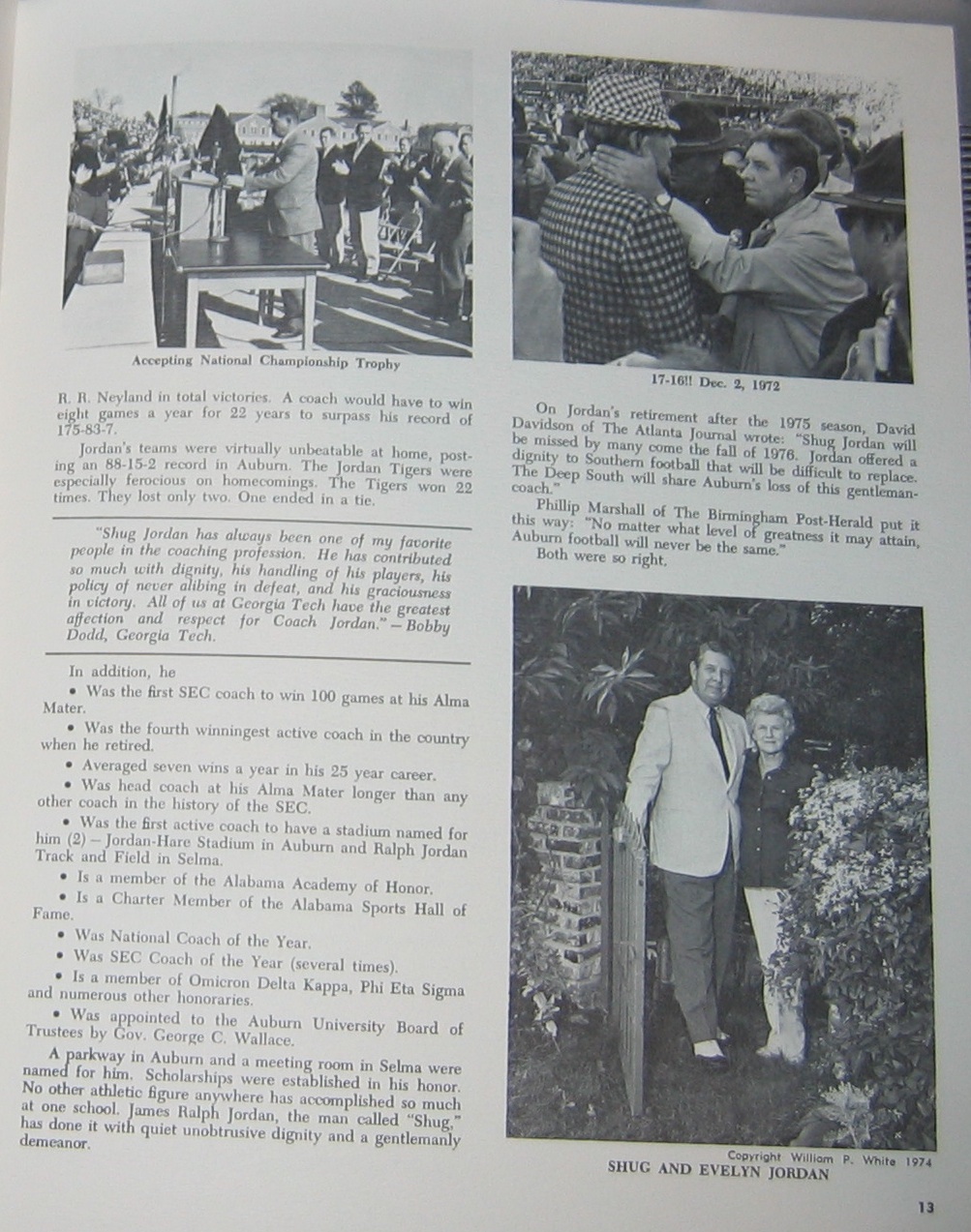 Photo by B. Ashmore.