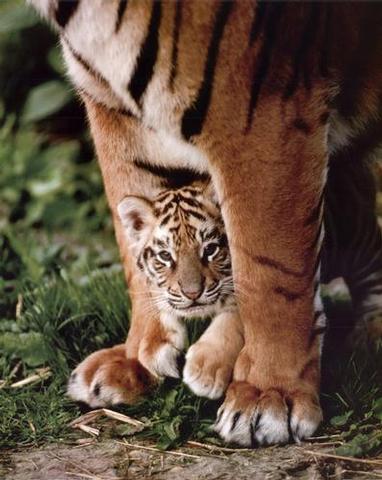 Substitutin’! OK class … settle down, settle down. I know you are all wondering where Mr. WarBlogEagle is at, but he will be a away for a little bit. He’s got his hands full. I’ll be your substitute today and I would DAMNIT! WHAT IS GOING ON BACK THERE?!? Mark Johnson! Would you like to share with the rest of the class what you are giggling about?! 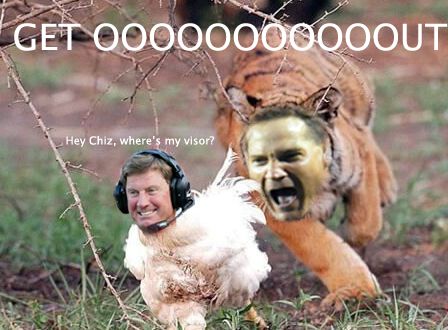 OK … I like it. I like it a lot. But please just give me your attention for just a few moments folks! We’ve got a lot of ground to cover here. Where are you in your texts? Open your Dye-gest to …

So I see that Coach Dye has three columns for Inside the Auburn Tigers now. Is this super old news? Or is it just now available to cheapskates like myself? Anyway, in this week’s “The Dye-Gest” coach scratches his head at the Opelika-Auburn News‘ prediction of the South Carolina game and dabbles in NEW AGE WITCHCRAFT LEFT COAST NONSENSE!!!

Looking at this team there is a lot of good karma, which I think is the right word, all around it.

What’s next? Scented candles and a dreamcatcher in the duck blind? Maybe the “lake pants” incident makes more sense now? “Ease it up here Jimbo. Cut the motor. My chakra feels aligned here. I’m dropping my pants in the lake man. Wallet and all. Devil may care.”

Coming back to the here and now, we find that Coach Dye might be hanging out every Saturday morning at the Torch 85 Truckstop with some friends. I like this image of the coach and some boys down the road talking Auburn football over coffee and biscuits. Here’s hoping he’s drawing up plays in sausage gravy.

Hatin’ on the scoot! Checking in with Jay G. Tate at The Montgomery Advertiser we learn that Ma and Pa Malzahn are not fans of Supercam’s Steel Stallion o’ Injury A’Poppin’.

Newton said the Malzahns are not big fans of his decision to ride a motorized scooter around campus.

On Tate’s HABOTN blog we get Coach Malzahn addressing the RB fumble issues. (Yeah “issues” is the kindest word. What’s the secret? “He’s got to do a better job holding the ball.”). Lee Ziemba discusses the offenses’ pace, making our and the Tigers’ opponents hearts race:

“Once you get it going, you start seeing the defensive guys arguing with each other, not even getting in their stance, looking over to see what the defensive call is while we’re calling the snap count out. You think you’ve got them. You forget about how tired you are. You want to go faster. You can’t go fast enough.”

“You want to go faster. You can’t go fast enough.” It kinda has a speed-freak sound to it, doesn’t it? Wind in your hair … taking it to those curves with wild abandon … pushing it to the limit. Yes!

Al.com-A-Rama-Con 2010 From the Bleachers‘ Will Collier checks in at al.com’s Blogger Roundtable and says what most of us are thinking before launching a plate of cheesy game nachos at the wall:

… the Carolina game was also another good example of repetitive foot-shooting on Auburn’s part. The two aforementioned turnovers plus two terrible penalties that cost the Tigers two touchdowns (one on defense in the first half and the other at the one-foot line on fourth down in the second) added up to a potential 28-point turnaround. Auburn makes three or four of those plays without mistakes and we’re not talking about a comeback today, we’re talking about a blowout. … Auburn’s been good enough to overcome their mistakes thus far. It’d be a lot better to not make those errors in the first place.

And our main man Kenny Smith takes a turn at mic and addresses the goblin that drinks deep from the fears in our heads:

It is folly to expect any one player, at any position, to carry a full season. Somewhere [Newton]’s going to have an off day, the flu, bang his pinkie on a helmet or something. If everyone else is progressing nicely this isn’t the end of the world. If the coaches just decide to ride lucky number two like they’ve just doubled down on their mortgage payment then there could be problems.

Mr. Collier also gives us another freakin’ genius Newton poster for your dorm room/workspace/Hinnen nursery. At this rate Auburn’s faithful bloggers will have a 2011 Happy New(ton) Year calender ready for sale this Christmas season.

Contests? Contests!!!! WarBlogle.com has its contest “Nova’s Dive Bomb Caption Contest.” They have a 1989 Iron Bowl DVD up for grabs.

Here at TWER, we have our “‘It’s Who You Know’ photo contest and ticket giveaway”

The rules? “Send in photo(s) of you telling the coolest, or prettiest, or most important, or most interesting person you know, or at least the most _____ person that you’re not scared to talk to and explain what’s going on and ask if you can take their picture, about The War Eagle Reader.”

The deadline for entries is 7 p.m. TOMORROW. Send them to [email protected] The winner will be announced Friday morning.

Since I helped organize a couple of these last year, let me give you a word of advice: Just enter. You’ll probably be up against 5-10 other people so you’re chances are good if you are creative. Dig?

Before he stepped up in the building with T-Pain, Ben went Bammer on us for a weekend, all for the “love” of a woman (but don’t worry: there’s an Auburn robe and fattened calf waiting at the end).

Before crunching the numbers on another slate of SEC games in his column Predict-O-Nomics, new TWER contributor / rocket scientist Mac Mirable shared some tricks of the trade that should have numbers geeks — and gambling addicts — foaming at the mouse. And speaking of gambling addicts, Magruder is back in the way you’ve been waiting for, only better, improved… and he has learned to internet. And even if you can’t understand his Spreadsheets, they are certainly pretty to look at. So let’s hear it for TWER – The War Eagle Rocket Scientists.

And let’s hear it for TWER – The War Eagle Romantics… because Amorak Huey has more than answered our challenge to wax poetic on Auburn’s upcoming football games. His latest, a Frostian take on Steve Spurrier, is brilliant. (But they’re all brilliant.) We should have a new one up on Thursday.

It’s hard to believe that it was all much a blue about nothing, and it seems so long ago, but when our collective breath was bated, Justin “his sophomore year” Lee, and our new All-Star tag-team (The Wishbone) of Van Allen Plexico and John Ringer, helped contextualize the possibility of a significant uniform change and interpret it’s implications like few could. (We called it The Uniforum.) The Wishbone also issued an astute assessment of the pre-Super Cam season, soon to be followed by another. They’re good. 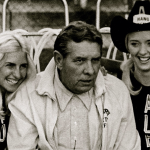