Jerry recently recapped both halves of the Outback Bowl, which was played on January 1, 2010. Pictured above is the celebration that took place after winning the game for the third and final time. Looking back, that celebration it feels like it happened years ago. And, of course, the beginning of that game feels like it was many years before that.

That game, the very first football game of the calendar year, took place 234 days ago. Since the day we eeked out a win to send our seniors off with an 8-5 record — which still sounds so much better than 7-6 — Auburn fans have more than eagerly awaited the kickoff of the 2010-2011 season. And, since that day, a lot of things have happened.

This magical time — this elongated wait in which we, in equal parts, suffer coldly like addicts without our drugs, and beam in the summer’s warmth with the infinite optimism of 0-0 — is called the offseason.

And, if you look around, you’ll notice that it’s coming to a close. The leaves are changing colors. Classes here in Auburn started last Wednesday. A couple of Sundays before that, the NFL preseason began. Fall camp is in full swing.

If you spent it wandering the hinterlands in an Auburn Snuggie, or frozen in suspended animation Futurama / Captain America style (if you did, please let me know how, as I totally could have used that technology last off season), here is a comprehensive, link-heavy recap that will catch you up on everything you missed. If you didn’t spend the offseason in either of those ways, you can read it for entertainment purposes. Pretend that you’re time traveling!

January 7 – Texas plays somebody in a scrimmage game, I think. Texas Tech hires Tommy Tuberville, who somehow beat out the impressive resume of… some guy named Ruffin McNeill.

January 16 – On the hard court, Kentucky visits Auburn, packing Beard-Eaves Memorial Coliseum one last time. Auburn loses, 67-72. Ashley Judd was there, and still no one has discovered exactly who she is or why she is famous. Meanwhile, across campus, Coach Chizik dispels a rumor that Gus Malzahn was being courted by Louisiana Tech for their vacated head coaching position. Auburn breathes again.

January 30 – Auburn tops Alabama in the Iron Bowl of hoops, thanks to a late steal from DeWayne Reed and a clutch free throw from Lucas Hargrove. Rammer Jammer.

February 7 – The Saints defeat the Colts in the Super Bowl, and football ends the earliest it has in decades. Thanks for moving the Pro Bowl, Roger Goodell.

February 12 – The opening ceremonies for the 2010 Winter Olympics in Vancouver take place. 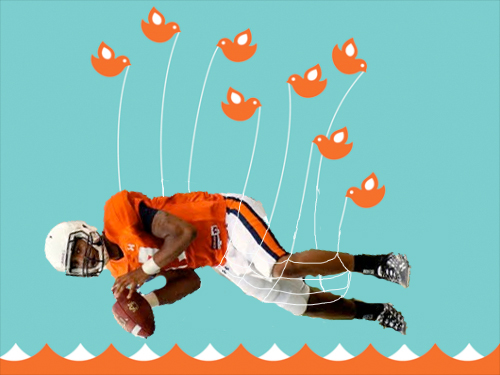 February 24 – Tyrik Rollison announces on Facebook that he will be transferring from Auburn. Jeff Lebo is dismissed, ending his six year tenure as Auburn’s basketball coach.

April 17 – A-Day, and, equally as awesome, fans get a sneak peak inside the new Thunderdome.

April 23 – Ben Tate is drafted to the Texans in the second round of the NFL Draft.

April 24 – Walter McFadden is drafted to the Oakland Raiders in the fifth round of the draft, and Jason Campbell is traded to the Raiders from the Redskins. Two days prior, the Raiders traded to get Quentin Groves from the Jaguars, making the Raiders go from having zero Auburn alums to three, the most in the NFL, over the course of just three days. Antonio Coleman signs as a free agent with the Buffalo Bills.

The entire month of May – Nothing happens.

June 10 – USC vacates wins from 2004. Alabama holds the mantle of “most recent national champion” for only four months, replaced by the 2004 Auburn Tigers. Hilarious.

July 8 – LeBron James announces on “The Decision” that he is signing with the Miami Heat.

July 20 – Zac Etheridge announces on Facebook that he is cleared to play in 2010.

August 7 – The 2010 Pro Football Hall of Fame induction ceremony shows that there is nothing more beautiful than a running back thanking his fullback for years of blocking.

See you next week.