A week-by-week preview of Auburn’s 2010 opponents. But since you can find straightforward overviews in a half-dozen magazines and a ton of places across the web, these are a little more … disposable. Light. Cheese-puffy. Previously: Arkansas St., Mississippi St., Clemson, South Carolina, UL-Monroe. 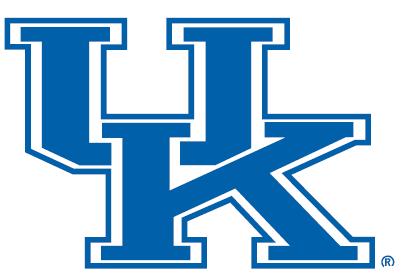 What their logo tells us about their football team: Absolutely nothing. Which, coincidentally, is the exact same thing a significant portion of Kentucky’s hoops-obsessed fanbase could tell you about it. Funny how life works out like that sometimes.

What happened last year: They stretched their bowl streak to a now school-record four consecutive years and posted a fourth straight winning season, though as in their first post-Andre Woodson campaign in 2008, it’s still something of a mystery how they pulled it off. No quarterback play to speak of, only 10 returning starters, an average yardage deficit of 90 yards per SEC game … and still they paired a 3-5 SEC record with a sweep of one of the league’s cupcakiest nonconference schedules to finish 7-5. If not for an overtime loss to Tennessee or a failed two-point conversion at South Carolina, the ‘Cats might have won eight games.

What happened the last time these teams met: Stinging from the previous week’s decisive loss at Arkansas, their first of 2010, Auburn prepared for their home encounter with Kentucky by focusing on their stop-start passing game. Lots of practice repetitions, lots of deep bombs. By Thursday, starting quarterback Chris Todd had begun to feel an ache in his surgically-repaired throwing shoulder, and felt he didn’t quite have the zip or distance on his throws he’d enjoyed earlier in the season.

That night, he decided to finally act on the mysterious advice given him to by a one-eyed, lunatic fan he’d encountered at A-Day before security dragged him away, probably to the nuthouse. He walked to the only dark back-alley in Auburn and knocked on the door of a seedy-looking, run-down office lit from inside by quick burst of strange, flashing blue light. A be-goggled man wearing a grease-stained lab coat opened the door.

“Of course, of course,” the man said. “I’ve been expecting you to show up eventually. Come in.”

The room was filled with rotors and gears, giant canisters of welding fuel, tools of all kinds, a malfunctioning robotic cat that was endlessly trying to walk into a corner. Chris Todd stared blankly in amazement.

“Your what?” Chris Todd asked, turning his head with a start. “I don’t my arm replaced.”

Chris Todd looked and felt a brief pain, like a needle, in the side of his neck. The next thing he remembered, he was waking up in his bed. He blinked his eyes. Was it a dream? His arm felt … good. Great, even. Like he could throw for 400 yards.

Which is exactly what he did that week. Chris Todd started the game by zipping a perfectly accurate pass through three defenders for a critical third-down conversion on Auburn’s opening drive, and kept tossing lasers and pinpoint bombs and beautifully weighted screens all game and everyone who watched him said “Wow, look how great his arm looks” and he finished with 427 yards on just 24 attempts and Auburn scored 62 points and Kentucky left Jordan-Hare Stadium with their Wildcat tails between their legs and no one who roots for Auburn ended the night wanting to smash their head open with a hammer or alcohol whichever was more handy.

Because Chris Todd’s arm was in fine shape, yessirree.

What actually happened between them: Dammit to hell.

What two things about the Wildcats are causes for alarm:

What two… OK, just kidding, though those are definitely the two biggest ones, and it’s going to be impossible for just about any (non-Gator) team to feel too confident about Kentucky as long as those two guys are around.

What two things about the Wildcats are causes for confidence:

1. I know we’re supposed to be worried about having to go to Lexington, but the recent evidence suggests Kentucky ought to be worried about having to stay at home. The last three seasons the ‘Cats have gone a combined 2-10 against the SEC at Commonwealth Stadium, and though one of those wins was against eventual national champion LSU in ’07, the second was a total escape job against a chokelicious bunch of Hogs in ’08. As for the losses, woof: two at the hands of Miss. St., one vs. Vandy, two vs. the Vols, one vs. Carolina … it hasn’t all been floundering against Florida.

Also worth noting is Auburn’s last visit to Lexington, which, hey, we were talking about here at TWER just last week. That went pretty well.

So, yeah, I’m fine with having to travel for this one.

2. OK, so last year’s upset gave Kentucky their first win over Auburn in 16 tries and first since 1966. That was just them being due, right? Now they’re not due any more.

What tidbit I found most interesting from Phil Steele’s Kentucky preview: Steele didn’t spell this out, but between their losing streaks to both Florida and Tennessee, the ‘Cats have gone a combined 0-46 against the Gators and Vols the last 23 years. It’s not bad enough that thanks to Charlie Weis’s shenanigans, the ‘Cats now have the longest series losing streak in the NCAA; they’re toting around the second-longest streak against one team as well.

What tidbit I found most interesting in their associated Wikipedia pages: Oh man, U. of Kentucky publicity folk, you do not want to see what Wiki’s got listed under the heading “Campus safety.” It just kind of … keeps going.

What I actually think about this match-up: I should be worried, shouldn’t I? This is a solid program that’s won 30 games overall the last four years, a big chunk of them as sizable underdogs. Some of their biggest strengths–the return game, mobile quarterbacks, an explosive backfield–match up with what were and maybe are some of Auburn’s biggest weaknesses. And of course, they beat Auburn last year, in Auburn, in a game that was not a fluke statistically; remember, the good guys needed a blocked field goal for touchdown just to keep their heads above water for as long as they did.

But I can’t shake the nagging feeling that maybe the last two years as a whole are bit … well … on the flukish side, at least. Louisville’s collapse has meant they’ve cruised to an easy 4-0 nonconference record both seasons, handing them a bowl in ’08 despite going 2-6 in the SEC (with hose wins by a combined two points) and a winning season in ’09 despite going 3-5. (Something Auburn fans know something about, I guess.) They’ve lost All-SEC players Kentucky shouldn’t be able to easily replace. They’ve returned precious few starters. They’ve been bad at home. They’ve had to rely on gimmicks like sticking Cobb at quarterback. And now they’ve lost the guy in Brooks that held everything together.

In short: I think the magic runs out this season. They won’t be bad. And they may still make a bowl, especially if Tennessee is as horrible as I think they may be. But I think Auburn is going to be a much, much better team, and Kentucky’s going to be a little worse, and I don’t think the ‘Cats have the kind of home-field advantage to make up for that. (Or, to get a little nuts-and-bolts on you, the linebackers. They don’t have those either. Sam Maxwell and Micah Johnson were huuuuuuuge last year, and they’re both gone, as was Kentucky’s MVP in that game, Chris Todd.)

It’s not the easiest game on Auburn’s schedule, that’s for certain. But if they’re the kind of team we think they are, it’s the kind of game they’ll win. I don’t have any problem saying that.

*Plus they kept Baccari Rambo on the bench! Just a terrible coaching job from a name standpoint, really.