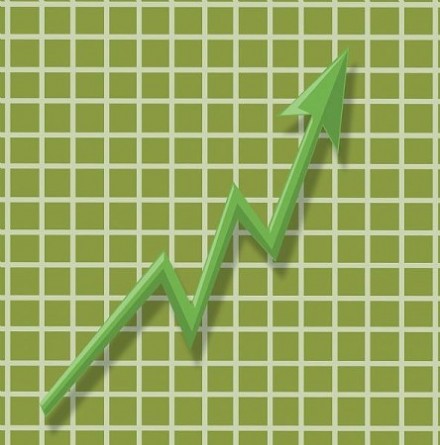 So I heard this rumor, I don’t know if it’s true, but I have reliable sources, that it’s already late June and there’s fewer than 75 days until the start of college football season. It sounds too crazy to be accurate, but I thought I’d pass it along.

I also thought, just in case, it might be a good time to start taking a serious look at that upcoming season where Auburn is concerned, beginning with how the Tigers’ schedule shapes up. So here’s a surface-level, early-bird Schedule Stockwatch, complete with Worry Levels moving up or down depending on where they would have been based on last year’s team. Enjoy.

Week 1: vs. Arkansas State. You may remember the Red Wolves as the team that upset Texas A&M in 2008, that kept Iowa nervous for the better part of 55 minutes last year, and was supposedly a 2009 Sun Belt dark horse. It’s time to forget them:

Freeze must really love the neighborhood, because he inherits an offense that loses four-year starters at quarterback (Corey Leonard) and running back (Reggie Arnold), both of its top two receivers and three starters on the offensive line.

Week 2: at Mississippi State. So last year at this time, you might not have expected Mississippi St. to have been any better than they were in their woeful 2008. Sure, Dan Mullen was always going to be a step up from Sly Croom, but it was just his first season at the helm, with new schemes on both sides of the ball; he had a team that had lost a number of starters and was as inexperienced as any in the SEC; and he was facing one of the most brutal schedules in the country. The Bulldogs–as you no doubt know already–went 5-7 anyway and should have gone bowling after beating any one of the teams (take your pick: LSU, Georgia Tech, Houston) they outplayed for three or even four quarters before throwing the W away with turnovers.

So: 2009 > 2008 even when 2009 players < 2008 players. 2010 players, unfortunately are >>> 2009 players. 14 starters return plus Chris “Homeless Man’s Tebow” Relf at quarterback, all in the second year of Mullen’s system. (In a stroke of luck, MSU has had to replace their defensive coordinator; Carl Torbush joined Turner Gill’s staff at Kansas. Thanks, Turner! We did always like you.) I’m guessing the Bulldogs’ 2010, then, will likely be >>>> and what the hell > than 2009. They’ll host Auburn on a Thursday night. I’m already trying to decide what cute animal I’m going to post pictures of all week that week.

Week 3: vs. Cousin Clem. The good news for Clemson: even at 9-5, they were better than their record last year, losing three more close games than they lost; they’re strong on both lines, returning 4 of 5 on offense and 3 of 4 on D; and thanks to Dabo Swinney’s surprising successes on the recruiting trail, they’ve got some talent to work with where they’re replacing the departed. If Kyle Parker returns, I’d expect them to hold steady at that 9-win level.

But Kyle Parker’s probably not returning. And C.J. Spiller is gone. And the top two receivers. And both starting corners. And two linebackers including their top tackler. Plus the game is in Auburn. Plus the head coach’s name is “Dabo.” I would have given last year’s Clemson team a slight edge on Auburn, but this year’s …. naaaaah.

Week 4: vs. South Carolina. I may be alone in thinking that last year was Steve Spurrier’s best work at Carolina. The ‘Cocks had just about nothing returning, freshmen all over the place, and what looked like the toughest schedule in the SEC. I was thinking they’d be lucky to win five games. They won seven, dragging themselves back to Steve Spurrier’s Columbian Equilibirum. Nice work from the OBC. (Emphasis on the “O” by this point, right?)

They should be a lot better this year, then, right? Ton of starters back? Easier schedule? Quarterback in his third year? Supah-stud running back and four returning offensive linemen ready to finally, finally give the ‘Cocks a running game? All-SEC stars like DE Cliff Matthews and S Stephen Gilmore operating under always-reliable Ellis Johnson? What’s not to love?

I don’t know. For me, just the gnawing sense that things just aren’t going to go that right for Spurrier at Carolina. Garcia’s still as erratic as ever. The rushing game would have to take a quantum leap forward just to be respectable. The defense had some solid outings but also gave up 105 points to Georgia, Tennessee, and Arkansas. Yes, the ‘Cocks put up stout fights against Florida and Alabama and arguably should have beaten Georgia; they also beat Kentucky and Vanderbilt by a combined six points, with both games at home. Then you’ve got the toothless bowl loss to UConn, the single most pathetic showing I’ve seen from an SEC team in a bowl since … well, the no-show against Iowa the year before. A performance like that tells me that if Spurrier did a lot of things right last year, there’s still a lot of things wrong over there.

So Carolina will be better. But I’m colored skeptical that this is the year they’re a lot better. Until we see evidence otherwise, with the game in Auburn, I’m going to remain cautiously optimistic.

Worry Level: Up, but just a tad

Week 6: at Kentucky. Man, I don’t know. On paper, these guys shouldn’t be hoping for anything more than to beat out Vandy for the overall SEC cellar. Their quarterback situation is a mess. They’ve lost four different All-SEC defenders, the kind that Kentucky just can’t snap their fingers and replace. There’s one–one!–returning starter on the offensive line with two more All-SEC players lost. Joker Phillips has to make the adjustment to the big chair. They weren’t even that good last year; they were outgained by better than 90 yards an SEC game, with only Vandy worse. It should all be far, far too much for Kentucky to handle, to stay at that 6-6/7-5-with-a-couple-of-huge-upsets level.

But I’m not putting it past them. We said all the same things last year and we all (Georgia fans included) remember what happened. As long as they have Randall Cobb and Derrick Locke, are you going to assume anything? Especially with the game in Lexington? I didn’t think so.

Worry Level: Probably ought to be down a tick. But it’s Steady. Very Steady.