You have no idea what a cigar can be until you light it with a match from The Blocked Punt.

There are new flavors, there are. But with them, new vistas of manhood and transplanted memories (in 4-D) from the pockets and ashtrays and bucket seats and desk drawers of people who were better than you and totally lived in the moment of their Auburn moment, but cared just enough, deep down, consciously or sub-consciously, to keep them for their looks – their matches (yes, from the bowl on the glass counter of that Auburn night, that Auburn day, that check-my-purse from their roommate’s girlfriend) – by telephones and on toilet tanks and middle desk drawers until life finally slipped or spilled them or boxed them up or left them behind or gave them to someone to someone to someone who hung on to them for a while in a shoebox or something and then auctioned them – free matches! – with a personal computer. What was happening the first time these things were cracked open, at the moment of exposure? — was it for the doe-eyed “got a light?” at the juke joint you can’t remember the name of way down S. College? For the Virginia Slim in the halter top at The Hungry Hunter who dug guys with chest hair and your Pipe Smokers Make Better Lovers shirt? Was it the 1974 Iron Bowl, in the wind (I bet it just took one!)? Was it by accident in a make-shift, here-just-use-this game of paper-football on the table-top Pac-Man at freakin’ Mr. Gatti’s?

Whoa… for real – matchbooks (and the lighters), if rightly appreciated, can make you trip harder than programs or mugs or even posters, even buttons. What do you rescue first from the fire started by a ritual victory cigar : the incredible Punt, Bama, Punt commemorative button (averaging $15 or so on eBay… and I haven’t seen one in a while), or the still-plenty-of-strikes matchbook from the first of two restaurant / bars named not for a team, a coach, a player, but for that single freaking football game… which I’ve never seen anywhere other than Kate’s wonderful, outstretched here-you-go-I-found-this hand… the matches you used to light that magical cigar in the first place? 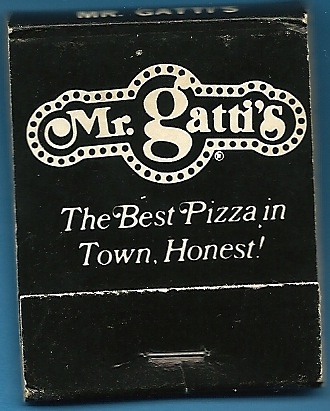 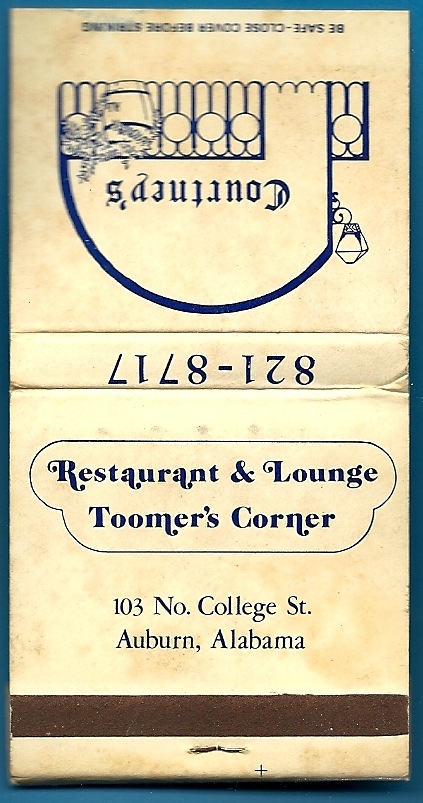 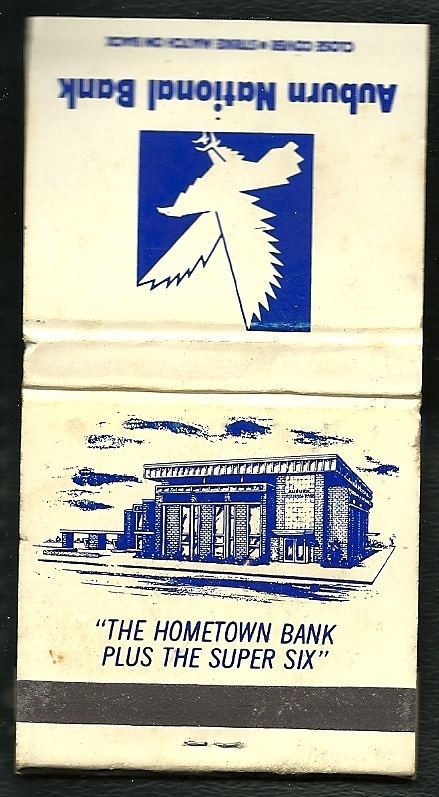