Here’s a look back at the first set of wheels the Auburn Network took out on the Informationnnnnn Superrrrrrrr Hiiiiiiiighwayyy… circa Spring, 1996*. Click to enlarge. 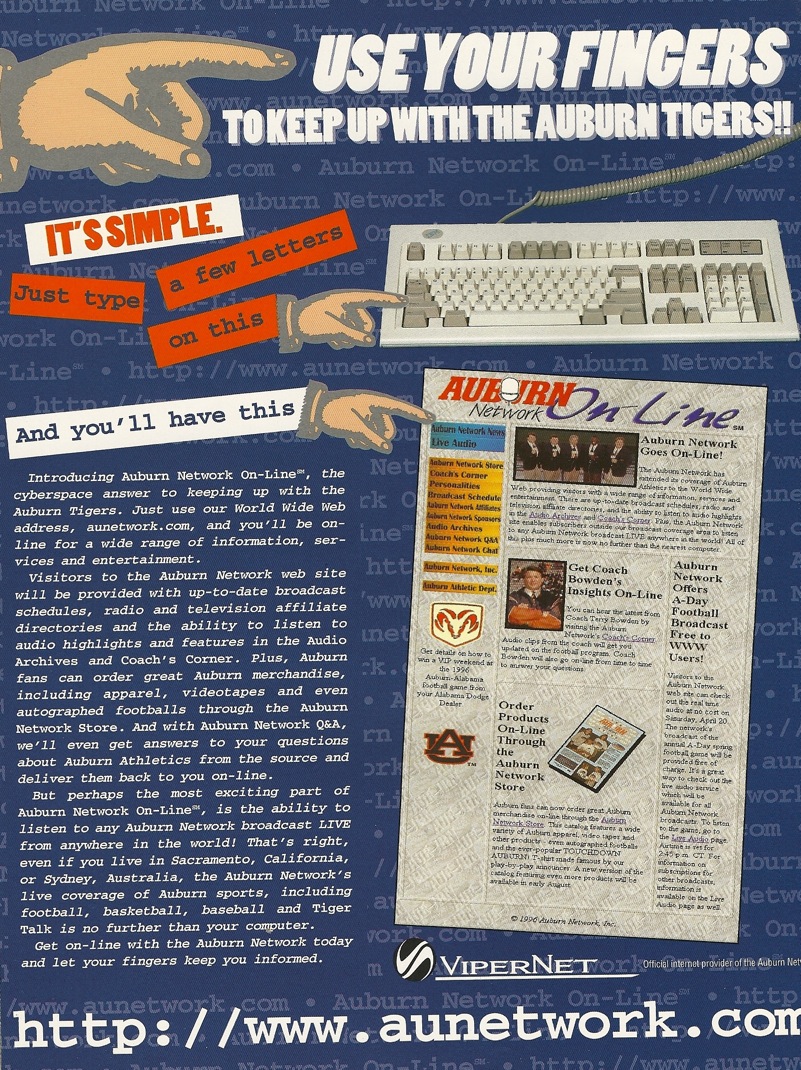 *As a rule, I rarely deem vintage any Auburncana produced after the Dye-era (arguments can be made for pieces produced in the 1993 season and up even to the ’94 Florida game, but I hate to see post-Attitude, Bowden-era Tiger-Eyes shirts listed as such), but the almost annual revolutions in internet technology demand separate standards for the emerging discipline of AUnline archivy. In other words, this ad might as well be the program for the ’59 Hardin-Simmons game.